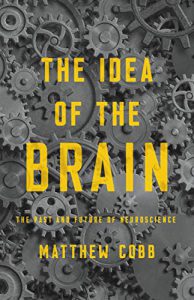 This was an interesting look somewhat reminiscent of Radley Balko’s The Rise of the Warrior Cop or Steve Silberman’s Neurotribes in that it takes a particular field – in this case, neurotypical neuroscience – and gives a rundown of the history and current issues in the field. As an academic work, it is more lively than some, though lacks a narrative focus that some less accustomed to academic treatises would likely prefer. Overall though, it does a solid job and seems to be truly comprehensive – reading this will give you an idea of what mankind has thought about the brain from the earliest recorded histories through at least some cutting edge research.

Structurally, the book spends quite a bit of time from the earliest histories through 1950 before pivoting to spend most of the rest of the text in the last 70 years of research. Whereas the pre-1950 material is largely divided by time period, the post-1950 material is divided by approach – an interesting dichotomy, but it works. Finally, Cobb wraps up with vague generalities of where the field might be heading.

Of particular note to this reader is the discussion or lack thereof of other researchers in similar avenues that I have read over the last few months, including Richard Masland’s We Know It When We See It, about vision and perception – which Cobb never cites, but discusses some common research as it relates to perception – and Henry Markram, former head of the Human Brain Project and discoverer of the Intense World Theory of Autism. Cobb is particularly critical of Markram and the Human Brain Project, without ever mentioning his contributions to the field of neurodivergent research. (It seems that Cobb has been working from a competing approach, studying simple brains in an effort to understand more complex ones, vs Markram/ HBP’s efforts to digitally model the entire human brain.)

Overall, truly an outstanding overview of the general case of the field that doesn’t bother concerning itself with “special cases”, within its mission this is truly a solid book and is thus very much recommended.

Comprehensive Review of The Field. Cobb seems to do a spectacular job here of giving a general overview of neurotypical neuroscience, from the earliest ways man thought about his brain and cognition to the most current of state of the field in some situations – one citation in particular was from 2019! He doesn’t really address neurological divergences at all, instead focusing on the brain as it is understood for most. But within what he decides to address, this book seemingly gives a very solid, very comprehensive overview of the actual science of the brain. Decently easy to follow as long as you’re ready for an academic review, this book really does what it sets out to do, no more, no less. Very much recommended.