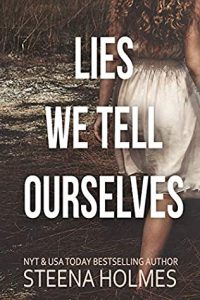 Excellent Twisty Thriller That Will Trigger Some. Holmes does an amazing job here of showing off the works and trials of a group committed to ending sex trafficking in their town… only to find out that they have a ring in their midst. The other timeline – used as a sort of countdown – shows the trials of a woman who has been abducted, and this is where most of the triggering is likely to happen. Little is “on screen”, but Holmes goes into enough detail of the overall abuses that some may find this a difficult read. For me, it worked well to enhance the tension and to drive the plot at breakneck speeds – particularly in the endgame. Seemingly an excellent look at all facets of how sex trafficking affects the abducted, their families, and the workers trying to find them, this is one of those books that works perfectly fine as the psychological thriller it is designed to be and yet can also serve as a clarion call to illuminate the struggles it portrays. Very much recommended.