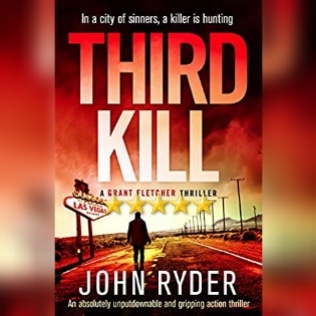 Below the jump, the various publisher details including book description and author bio. 🙂 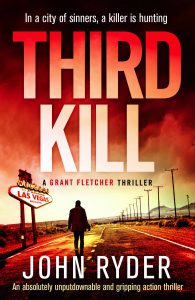 In a city of sinners, a killer is hunting…

Las Vegas, Nevada: a killer is on the hunt.

When the two of the city’s crime bosses are found brutally murdered within days of each other, the fragile balance of Sin City threatens to collapse. It’s exactly what the killer wants…

But there is one thing this killer hasn’t counted on…

Grant Fletcher has been sent to Vegas by a shady government agency. He has one job: find the killer, and stop them before more people die. Stop them, by any means.

Would you send a desperate man to find a vigilante killer?

It looks like a dangerous gamble. But what neither the killer—nor the government agency—know is that the odds are never good unless you’ve got Fletcher on your side. 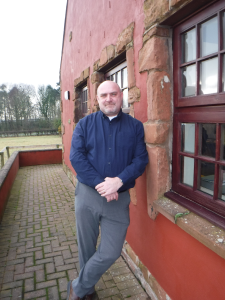 Author Bio:
John Ryder is a former farmworker and joiner. He’s turned his hand to many skills to put food on the table and clothes on his back. A life-long bibliophile, he eventually summoned the courage to try writing himself, and his Grant Fletcher novels have drawn inspiration from authors such as Lee Child, Tom Cain, Zoe Sharp and Matt Hilton. When it comes to future novels, he says he has more ideas than time to write them.

When not writing, John enjoys spending time with his son, reading and socialising with friends. A fanatic supporter of his local football team, he can often be found shouting encouragement to men much younger and fitter than he is. 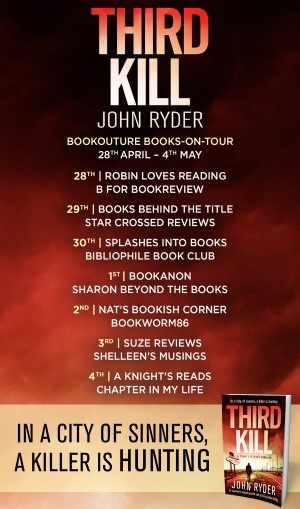