Atypical Dallen, Still Awesome. Dallen is mostly known for her bubblegum pop YA romances or her Hallmarkie contemporary romances. Here, we get much more of a soap opera feel, which is atypical of her. Still, the level of drama here is typical Dallen, and the writing itself is her usual excellence. Indeed, the *only* thing I didn’t expect – since I was expecting this to be Book 2 of a Duology – was that cliffhanger ending! Several plot points from the first book are resolved here, and you absolutely need to read Book 1 of this series before reading this one. But then you’ll be begging for the next book immediately! 🙂 Very much recommended.

This review of Princess of Hollywood by Maggie Dallen was originally written on December 2, 2020. 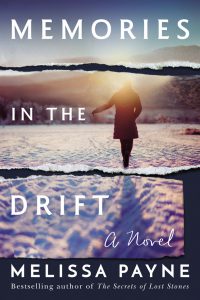 ATypical WWII Novel. In several ways, this is a typical WWII romance-ish novel, maybe of a Russian kind (ie, hard times all over the place, can be seen as depressing at times, yet ultimately a story of survival and love). In many other ways, this is a very *atypical* WWII novel. For one, it doesn’t take place in the more common Western Europe setting, but instead mostly in Soviet forced labor camps. For another, well, the whole “Soviet” thing doesn’t get seen too much in Western WWII historical fiction novels. And finally, this is actually directly based on the real-world travails of the author’s grandparents, making it the first time I’ve seen a novel of the type I myself hope to write someday. Overall truly a tremendous work, and very much recommended.

This review of On The Wings Of Hope by Ella Zeiss was originally written on November 30, 2020.

Fascinating And Easy Read. This is one of those esoteric books that you didn’t know you wanted to read that turns out to be utterly fascinating… at least if you’re remotely interested in caterpillars and similar insects. The narrative structure takes on each month of the year, beginning in October, and looks at what is happening within, on, under, and around an oak tree within that month – and there is quite a bit more than most probably realize. Written by an academic who studies oaks and with a particular emphasis on what he sees in the oaks within his own yard, this book is remarkably approachable and I daresay even funny – which is rare for such an academic tome. But that seems to have been at least part of the author’s goal – to write a tale for the rest of us showing just why these trees are so important and the rich biodiversity they support. This is a goal the author pulled off remarkably well, and this book is very much recommended.

This review of The Nature of Oaks by Douglas W Tallamy was originally written on November 28, 2020.

Another Excellent Maddock and Bones Adventure. This is yet another episode in the sprawling universe that is Maddock and Bones, one with at least a few callouts that won’t be obvious unless you’ve read the entire universe of these stories to this point. That noted, it can indeed work reasonably well as an entry point into the series, as most of the callbacks are more tangential than essential. (And the essential ones are explained well, but are slight spoilers for previous books – for those that particularly care about such things.) Overall a fun romp through the Amazon and Inca lore, and very much recommended.

This review of Serpent by David Wood was originally written on November 28, 2020.

Comprehensive Look At Pain. This book is a seemingly comprehensive look at pain, what it is, how humans handle it, and why it is in at least some cases necessary for our development. What it is *not* is well documented, having only a scant few page “selected works” section to document its various claims – far short of the more routine 25% ish bibliography section of many science books. It is also *not* a biological-exclusive look at the issue, instead covering all aspects from the biological to the psychological to at times even the metaphysical. Still, for anyone interested in the subject it is a worthy read, and a very approachable read to boot. Very much recommended.

This review of Ouch by Margee Kerr and Linda Rodriguez McRobbie was originally written on November 26, 2020.

Amazon’s Long Shadow. This book seeks to show the America that was, and the America that is in the Age of Amazon and how the former became the latter. And in that goal, it actually does remarkably well. Sprinkling case study after case study after case study with history, political science, and social science, this book truly does a remarkable job of showing the changing reality of living and working in an America that has gone from hyper local business to one of hyper global – and the giant blue smiley swoosh that has accompanied much of this transition over the last 2o years in particular. Very much a literary style work, this perhaps won’t work for those looking for a more in-depth attack on Amazon, nor will it really work for those looking for a true in-depth look at Amazon’s specific practices. But it does serve as a solid work of showing many of Amazon’s overall tactics and how they are both the result of change and the precipice of other change. Very much recommended.

This review of Fulfillment by Alec MacGillis was originally written on November 25, 2020.

Unfortunately I continue to be besot by writer’s block as I write this in late August 2020, and therefore we are left with the Goodreads review:

Interesting Angle I Had Never Considered. This book takes a topic that many around the world, and particularly many Americans, know about and presents an angle on it that few openly consider. So many talk about the amazing scientific accomplishments of the Apollo program and NASA at the height of its prowess in its earliest days, but here Muir-Harmony explores the dimension of *how* did so many around the world know of this and *why* did the know of this. Muir-Harmony makes the case reasonably well from a *political* side that from the beginning, NASA’s actual chief mission wasn’t specifically science-for-the-sake-of-science, but much more closely science-as-covert-imperial-tool. NASA was tasked with achieving remarkable scientific feats, but it was only when the political pressures to be the “peaceful” face of Democracy And Western Ideals came to bear that the funding and urgency were truly put in place to make the “race to the moon” a thing… even as it never really was a thing, since the Soviet tech for such missions was… lacking. Still, an utterly fascinating history that puts well known events in a new light, and that alone makes this truly a worthy read. Very much recommended.

Edgier Dallen. This is Dallen going in a direction she hasn’t in a fair amount of time – still HS / YA romance… but this time with edgier language (even… *GASP*… a *few* curse words!!!) and situations (including one memorable barely-there bikini and some extensive making out and glancing at certain areas). And she nails it, as usual. What will be remembered about this book though is really the somewhat abrupt ending. It will arguably spark debates of whether she should have gone even more atypical and wrote one 300 ish page book, and thus that she deliberately cut this story in half, or whether the approach here was fine, that she told one complete story here that happens to have a bit of a cliffhanger ending. To be honest, it was a war that waged in my own mind for many hours (while in and out of consciousness with some kind of illness). But you can see from the 5* I gave this book that ultimately I came down on the side of this being one complete story that happens to have a cliffhanger ending, and thus the full 5* rating. Very much recommended – and I very much want the next book *now*. 😀

This review of All American Princess by Maggie Dallen was originally written on November 12, 2020.