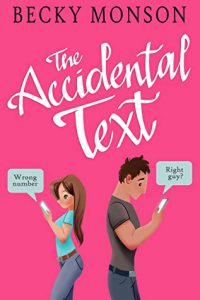 In between the time I originally wrote the Goodreads review below early this morning and when I am forming this actual post closer to sunset, social media exploded with real world news today that has many on edge. Which actually makes the release of this book even better – it really is engrossing escapism that will allow you to take a few hours to calm down from the real world before responding. And let’s face it, if there isn’t an actual imminent danger to your life – and for the vast majority of us, there isn’t -, taking a few hours to calm down before responding is generally a very good strategy – it is why we are told to sleep on a major decision before executing on it.

So take a few hours with this world. You’ll laugh. You might even cry. But you’ll have a good time regardless. And then you’ll be more ready to handle whatever may be out there when you’re done with the book. 🙂

Perfect Distraction. If you’re like me, you’re damn near desperate for any distraction from the constant fighting in “the” “real” world. Well, good news for you – Monson has written a poignant yet hilarious tale of love, loss, and adventure that will take your mind away from said “real” world for a couple of hours. And you’ll have a blast on the ride as you skydive, cliff jump, drive fast cars, and do other adrenaline junkie type stuff… all while being embarrassed for the awkwardness of the main character accidentally texting someone else when she thought she was texting her recently dead mother… 😀 Truly funny book with heart, and since the only weighty real world issue is the death of a parent (in non-recently-in-the-headlines fashion), a truly great escape and perfect distraction. Very much recommended.

This was a great conclusion to the Spinster trilogy, as hilarious and neurotic as ever.

But this is the first one I’ve had any reservations at all about, and while they are personal to me, they should be discussed in case they are relevant to others as well.

First, the most independent woman in the series gets baby fever and thinks she HAS to have a baby. I get that this is something many females go through, but it also felt like it would be better coming from the main character, who has always been one to crumble under societal expectations. It would have been nice to have the independent woman strike her own path with her man.

The second issue happens towards the end, and I don’t want to give anything away so I’ll just say that it too was of the type of “why does this feel necessary to have the happy ending”. This particular subplot could have been left out completely, and the story – both of this particular book and the trilogy as a whole – would have felt just as complete.

But again, overall the book was a great read, and I’m glad I finally had the chance to read it. Definitely worth reading, just be prepared for those two particular things if that is something you need to prepare yourself for.

This review of Thirty-Four Going on Bride by Becky Monson was originally published on January 17, 2018.

excellent continuation of the Spinster series. looking forward to seeing where this goes in the next book!

This review of Thirty-Three Going On Girlfriend by Becky Monson was originally published on January 14, 2018.

This was a light hearted, fun read. Thoroughly enjoyed it.

This review of Thirty-Two Going On Spinster by Becky Monson was originally published on January 12, 2018.