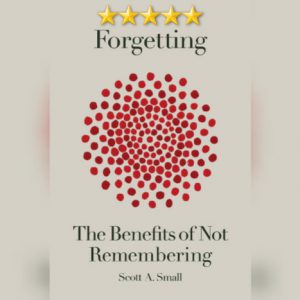 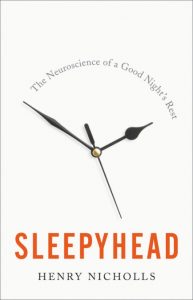 As we find out at the very beginning of this book, Nicholls has a very personal reason for looking into the science of sleep and sleep disorders – he himself is narcoleptic. And his own narcolepsy becomes the narrative that ties the entire book together.

In this extremely well researched book – the last 24% of the book is nothing but bibliography and index -, we get a personal and scientific look at narcolepsy, its origins, discovery, scientific basis, and personal effects. We also get an examination of several other sleep disorders, including sleep apnea, phase disorder, and the feeling of being awake yet unable to move. We learn what scientists consider to be the causes of each, their effects, and how to attempt to manage them.

We also learn about the scientific reasoning for some of the general “better sleep” tips most of us have heard at some point – be careful with artificial lighting, caffeine, nicotine, and alcohol. Indeed, the second chapter is all about the effect light has on the circadian rhythm and the chemical processes that control it. That said, DO NOT go into this book expecting a quick tip or two about how to get better sleep – you’ll get that, but it will be as a part of the scientific explanation behind that piece of advice.

Overall, this is truly a fascinating, approachable look at the science of something many of us barely actually consider – how exactly sleep works, why it is necessary, and how to try to get the best sleep possible. Very highly recommended.

As always, the Goodreads/ Amazon review followed by the newer feature, the YouTube review!
END_OF_DOCUMENT_TOKEN_TO_BE_REPLACED