Decent Start. Before I get into this review, it is probably important that you – *my* reader – understand the perspective I’m coming from. And that is that of the “Doorkeeeper” of Sam Shoemaker’s somewhat famous poem “I Stand At The Door“. So look that up and you’ll understand why I’m approaching the rest of this the way I am.

For those “deep inside”, they will probably rate this book around 4* or 5*. From that perspective, it is solid but might step on a few toes here and there – and they’re not always going to like its slightly-more-pragmatic-than-many-of-them approach to its reasoning.

For the “far outside” crowd, they’re probably going to rate this thing much closer to 1*, though the more objective among them might hit it at 2*. There are just so many issues with the book, and this crowd will likely judge them more harshly than I’m about to.

So that is the range I would expect depending on where a particular reader falls on the scale of “deep inside” Christendom – particularly its American version – vs “far outside” of it. Standing at the door, I note that I deduct 1 star immediately the instant I see prooftexting, which is the practice of citing random Bible verses out of context in support of some point or another.

The fact that the prooftexting herein is so rampant – from the ending of the first chapter until nearly literally the last words of the text – and so invidious – several times very obviously taking verses *far* from their original context and meaning by any even semi objective reasoning and often times taking as little as a single word from a particular verse – means that I can’t rate this any higher than 3*. And we haven’t even gotten to the other issues yet.

The other issues being factual errors and logical fallacies, mostly strawmen but also a few others. This, from a lawyer that boasts of his perfect US Supreme Court record! Factual errors include claiming that a factory is a “typical” work environment in the US. It hasn’t been for many years now. Similarly, the author claims that “many” doctors were practicing while abortion was still completely illegal in the US, pre-Roe v Wade, which was decided nearly 37 yrs before the publication of this book. How many professionals – of any stripe – do you know who are still working after 4o years?

The strawmen primarily involve abortion, gay rights, and public spaces – which form 4 of 7 chapters in the biggest section of the book. Here, it becomes evident – particularly in the author’s discussion of gay rights – that his closeness to the issue from his professional work becomes as much a hindrance to what he is willing to speak to as a help in pointing out various legal aspects of the circumstances.

It is because of these final two issues that I had to drop my own rating from 3* to 2*.

There is much good to be found here, and at minimum it can help even non-Christians see what prominent Christian legal scholars are thinking. But the issues are simply too rampant to allow me to rank it any higher. Recommended, but should be read with an eye to what is not said as much as what is.

This review of Free to Believe by Luke Goodrich was originally written on October 17, 2019.

Powerful. Particularly in the age of #MeToo, Banks’ story stands out as remarkable – and his grace and restraint even moreso. While the cynic in me wants to look at most of these types of memoirs as little more than PR, the endless optimist desperately hopes that the Banks portrayed in this book is the real deal. His final recommendations seem warranted, particularly in light of how his own case has turned out. Possibly the one narrative change I would have made would have been to end it at what Joe Public would generally see as the climax of his story – the moment he stormed the field as an NFL player and knelt in prayer at the 50 yard line. But Banks himself sees that as just one moment among many, and does a remarkable job of showing his public priorities of the several years now since that moment. Truly a remarkable book, and absolutely one anyone interested in the US criminal justice system in particular should read.

Because the publisher wants it, I’ll note here that I am writing this review on June 22, 2019 – 10 days before publication of this book. Meaning that it is in fact an Advance Review Copy. As is my own standard for *all* of my reviews, ARC or not, my review is my honest reflection of my experience with the book.

This review of What Set Me Free by Brian Banks was originally published on June 22, 2019.

Intriguing Premise Hurt By Lack of Evidence. This is one of those books that has an intriguing premise and brings some often overlooked aspects to the table and is thus worthy of and even needed in the national conversation, but that is ultimately tainted by the author’s own biases and lack of empirical evidence and lack of extensive bibliography. The author does a phenomenal job of showing what it is like to work in the environments she chose to work in – an Amazon Fulfillment Center, a call center, and a franchise McDonald’s – and the people who work there. But as she admits repeatedly, she could always leave at any time she wanted – while she rarely if ever mentions what her husband does for work, she does mention during one ordeal at the call center that her father in law is a doctor – and the entire point of getting these jobs was to “test the waters” to see what people who worked them were really like and what their concerns really were. Very well written, just with significant flaws in reasoning due to her own biases, particularly in her ultimate conclusions. Could have been far stronger, but still a recommended read.

This review of On the Clock by Emily Guendelsberger was originally published on June 9, 2019.

A Solid Plan. In this book, Fausz and Howell dare to imagine what *can* be re: healthcare in the US. They open it up with a chapter called “Imagine” where they detail their ideal vision for what healthcare can be, and the following chapters are tightly structured around different groupings of the ideals they lay out in the opening chapter. One of the best jobs I’ve ever seen of the old school X-N-X structure of essays that was once taught in American schools (back in ye olden times 30 yrs ago when I was in school anyway), the authors explain the general problem of a chapter, refer back to the subset of the “Imagine” objectives, discuss where we currently are and how the objectives can be obtained, and conclude each chapter with a “key takeaways” that refers back to the “Imagine” objective. In one chapter, they discuss the pharmaceuticals issue and largely discuss (much more generally) the same things Robin Feldmann goes into much more detail on in her recent book Drugs, Money, and Secret Handshakes.

How you think of their ideals and proposed solutions is probably going to be tainted by your own personal politics, but they seem to have an even head on their shoulders. They are upfront and repeated in their claim to be driven by free market capitalism, and they show how this very system – so often derided as impossible in healthcare – can in fact be used to achieve the best results for the most people, both in ideals and in actual implementations that are already existing in the real world.

Overall a very well done book that allows and encourages the reader to follow up with their own thinking on the issue and looking into the various technologies and companies discussed throughout. Very much recommended.

This review of Healthcare Is Killing Us by Aaron Fausz and W. Terry Howell was originally published on June 8, 2019. 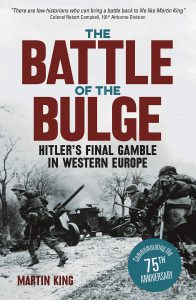 Alarming and Yet Also Hilarious. Even as someone who was once a political activist with some fairly high level (if State, rather than Federal) access to the halls of legislative deliberation, this book was pretty shocking in revealing just how much of a mess the American legal system truly is. While the author himself is clearly in favor of some form of ideal government that works, this book just as easily makes the case that anarchy would at least be preferable to the current system. Yet throughout, the author’s acerbic wit is what makes the book such an enjoyable read – even as the critiques it makes show just how depressingly dreadful the current US legal system really is. Very much recommended reading. Just maybe try to do it in a place where plentiful alcohol is readily available. 😉

This review of The Nonsense Factory by Bruce Cannon Gibney was originally published on April 23, 2019.