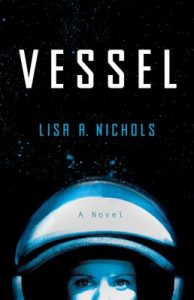 This story is basically a combination of a psychological thriller ala say Dete Meserve’s The Space Between with a lone-survivor-of-space-disaster science fiction ala the aforementioned The Martian by Andy Weir, with a sense of a dash of Interstellar thrown in – all without going into really any techno-speak beyond the bare minimum necessary for such a story. Thus, it is very approachable for anyone from any background, and indeed it works very well as a very real introduction to how NASA tends to operate in real life, for better and for worse.

That’s right. This particular reader has somewhat followed NASA for most of his life, including reading several memoirs and biographies of different personnel over the last year in particular, and this story really gets what working at Johnson Space Center as an Astronaut is really like, almost as though Nichols has read the same memoirs and biographies I have. Thus, there is just enough realism to this admittedly science fiction tale to add that extra degree of gravitas to the entire story, and in the end that makes a big difference.

If you enjoyed The Martian or Interstellar, you really should give this book a try. It really is a solid effort in those lines. Even if you didn’t particularly enjoy those efforts, give this one a shot – particularly if it was their more technical elements you didn’t enjoy as much. Simply a truly stunning book that you really need to drop everything else and read.

Intriguing And Well Thought Out. This book by debut author Lisa A Nichols can give Andy Weir a run for his money as a less technical yet still very well thought out and crafted story of a lone survivor in space. While NASA themselves likely won’t be very happy with this book, it actually works well in presenting both the good and bad of the organization and of humanity generally. Highly recommended.