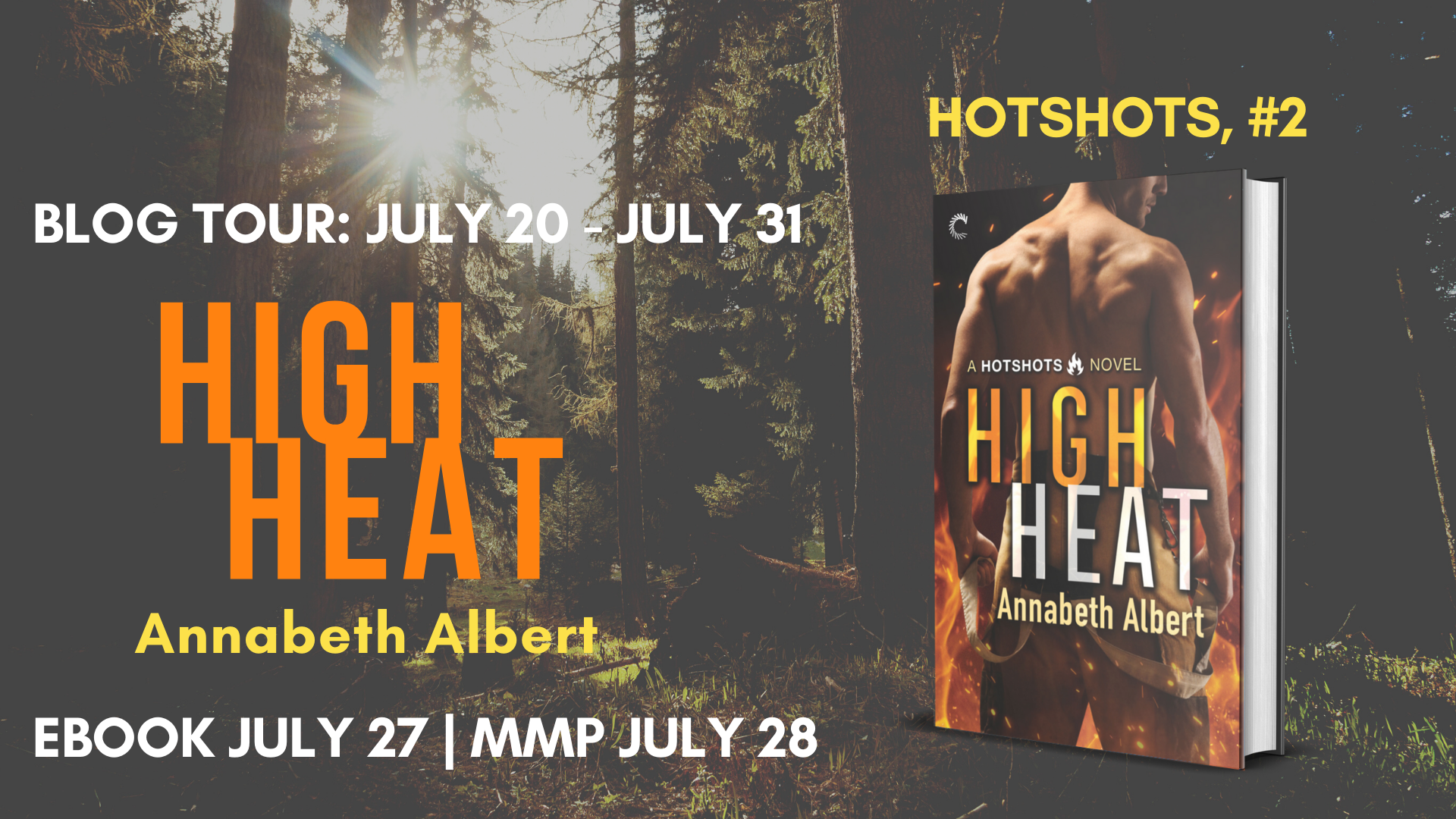 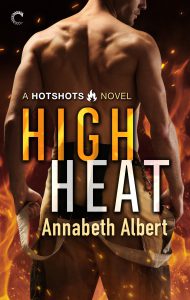 Nice Spin on Area 51. This was a fun take on Area 51 that sets up what should be an excellent series to come. Rare if not unique in how it blends somewhat common ideas (some as old as at least the 1950s) to create something altogether new. Truly excellent work, particularly for fans of scifi or thrillers. Very much recommended.

This review of Subhuman by Michael McBride was originally written on July 24, 2020.

Strong Start, Your Mileage May Vary On Ending. I gotta admit, as an American I’d never heard of Plastic Free July before seeing this book on NetGalley. (And yes, since I am writing this review on July 21, 2020 – the day after it hit NetGalley – and it doesn’t publish until December 8, 2020, this is certainly an Advance Review Copy, with all of the things that generally entails.) But the description of how Prince-Ruiz started the organization sounded promising. And the text of the book, for the first half – two thirds or so, showed exactly that promise. Someone deciding independently to choose to do something that could make a difference and work to convince her friends and family to do the same… in the age of social media. The back part of the book, where the organization shifts from voluntary action to political action – which is ultimately *always* at the point of a sword (in Ye Olden Times) or gun (in the modern era) – is more problematic and is where the book will likely be seen as much more divisive. I try to keep my own politics out of my reviews to as much a degree as possible, so I’ll simply note that through this section the voluntary actions the author describes are commendable, and I’ve actually supported a few of them myself, but the less-than-voluntary actions… any time politics gets involved, you invite problems. Ultimately a great look at various things we all can and arguably should do, marred by its descent into politics. Recommended.

This review of Plastic Free by Rebecca Prince-Ruiz was originally written on July 21, 2020.

Prooftexting In A Science Book? This was a first- prooftexting, the technique of taking random Bible verses out of context to “prove” a point, in a science book. Here, Dr. England looks at the origins of life from a physicist’s perspective… while using the life of Moses (he of the “Pharoah, Let My People Go” fame) as the overarcing narrative. One of the more prosaic, academic oriented science books I’ve read this year, Dr. England does a decent job of explaining high order thermodynamics – literally a form of rocket science – in an easy-ish way for most to understand. He simply does it in a way that is on the harder side of the actual reading experience from other science books I’ve read over the last year or two in particular. Truly fascinating stuff though, and very illuminating on the physics side of things, particularly as they relate to the future of “smart” polymers – which is not a subject Dr. England directly addresses here. Very much recommended.

This review of Every Life Is On Fire by Jeremy England was originally written on July 20, 2020.

Intriguing Possibilities. This is similar in its application of emerging tech to Michael Crichton’s Prey – a couple of the scenes here in particular brought that tale *immediately* to mind – while doing an excellent job of using real-world politics as an equally interesting backdrop to the science/ science fiction. Mather plays with the ideas of the Fourth Industrial Revolution in fascinating and terrifying ways – ways one hopes no one gets too many ideas from. Excellent story, and very much recommended.

This review of Meet Your Maker by Matthew Mather was originally written on July 20, 2020.

Solid Tale Of Striking Out On Your Own. Dallen and Benjamin have been writing separate entries in common series for a while now, but this was the first time (at least since I’ve been reading either of them) that they actually co-wrote a book together. Their styles have been similar enough to work in separate books, and here they blend so well that I’m not sure I could say which author wrote which perspective. Overall the tale is full of the fun-yet-serious approach both authors use so well, and really does do an excellent exploration of two different perspectives on young adults feeling the pull to strike out on their own and see just what they are made of. Very much recommended.

This review of Young Adulting by Maggie Dallen and Christina Benjamin was originally written on July 16, 2020.

Dynamic Duo. Pine yet again hits it out of the park, this time with two strong characters who are each hiding something from the other – while being completely oblivious about their surroundings. Which can be dangerous for a fireman and a reporter. And Pine does an excellent job ratcheting up the tension – be it sexual, dramatic, or dangerous – at exactly the right moments. An excellent entry into this non-paranormal, First Responder based series. Very much recommended.

This review of Deacon’s Defender by Pandora Pine was originally written on July 15, 2020.

Dancing Queen. This was a solid tale of one person knowing how good they might be – and the other not having a clue. Fun but with some solid in-world discussions of class and elitism. As the third in a four part loosely coupled series, it holds it own and can be read in order or standalone. Very much recommended.

This review of Kissing the Debutant by Michelle MacQueen and Ann Maree Craven was originally written on July 14, 2020.

Excellently Done. In this entrant to the Creek Canyon series, we lose focus on the work of the male lead – while it is there, it isn’t as prominent as the first book – while getting even more in depth with the emotional trauma of the female lead. Which, full disclosure here since it is such a sensitive topic for some, is domestic abuse. Bybee does an amazing job of bringing us in to Erin’s worlds and her fears about them ever meeting. The suspense built up through one part of the book in particular is some amazing work, ratcheting up the tension to almost unbearable levels. But then the payoff comes rather suddenly in the closing pages of the book, and that is arguably the book’s one flaw. Still, truly excellent work and very much recommended.

This review of Home To Me by Catherine Bybee was originally written on July 14, 2020. 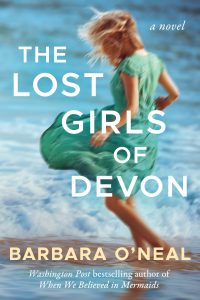 Two years ago, O’Neal’s 2018 book The Art of Inheriting Secrets was one of the very first Featured New Release posts here. A year ago, her 2019 release When We Believed In Mermaids was also a Featured New Release. Today, we continue that emerging tradition with O’Neal’s newest release.

And I admit, at first I didn’t think I really had enough to say about this book to be able to give it this slot. But when I sat down to write the Goodreads et al review, it turned out I had more to say than I thought, so here we are.

This book doesn’t have Secrets‘ sense of discovery and wonder. It doesn’t convey the abject pain and heartbreak and waterworks of Mermaids either. What it does have, and what it shows remarkably well from many different angles, is the drama of how certain events can play out in the lives of family across multiple generations. Just to use the same example I used in the Goodreads review, in particular it shows how the second generation’s decision to begin living her life for herself – when her daughter, the third generation, was still a child – plays out not just with her daughter, but also her mother (first generation) and her daughter’s daughter (fourth generation). We see the complexities of the mother/ daughter relationship between 2 and 3, but we also see 1 and 4’s perspectives on it and how that decision impacted each of their lives. There are multiple other similar issues between various groupings of the four, and O’Neal does a remarkable job of balancing each voice.

A bit of action near the end feels a bit out of place, but wraps up the primary external plot thread in a way that manages to feed into the drama between the family members.

All in all an excellent display of O’Neal’s storytelling abilities, and one not to be missed. (Though you can largely leave the handkerchief at home for this one, fortunately.) Very much recommended.