Solid If Brief History Marred By No True Scotsmen. This is a seemingly comprehensive – more comprehensive than any other I’ve ever read, and I’ve read many – yet brief (around 100 pages, including all non-narrative book material such as table of contents and bibliography) look at the issue. It even manages to include several historical facts of which I was hitherto unaware. Which is not overly easy to do, given that I’ve been speaking on this exact issue, from both sides at varying times, in depth off and on for over 20 years now. HOWEVER, particularly in its later chapters when it begins to get into more modern times – the last 40-50 years or so -, Balmer allows a tinge of “No True Scotsman” to invade his narrative. Even though I largely concur with these particular points, that the Baptists of the modern era – particularly the Southern Baptist Convention post “Conservative Resurgence” – have lost much of what it historically meant to be a Baptist (*even in the SBC itself!*), it taints what is otherwise a largely strictly fact based discussion of the history of the separation of Church and State in the land now known as the United States of America. Still, I don’t find it quite significant enough to downgrade the overall rating a full 20% that the loss of one of five stars would denote (though if I were grading on a typical A-F scale, I would probably drop this into B+ territory over the issue). Very much recommended.

This review of Solemn Reverence by Randall Balmer was originally written on December 21, 2020. 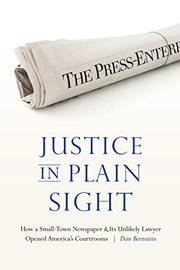 And as always, we end with the Goodreads review:
END_OF_DOCUMENT_TOKEN_TO_BE_REPLACED