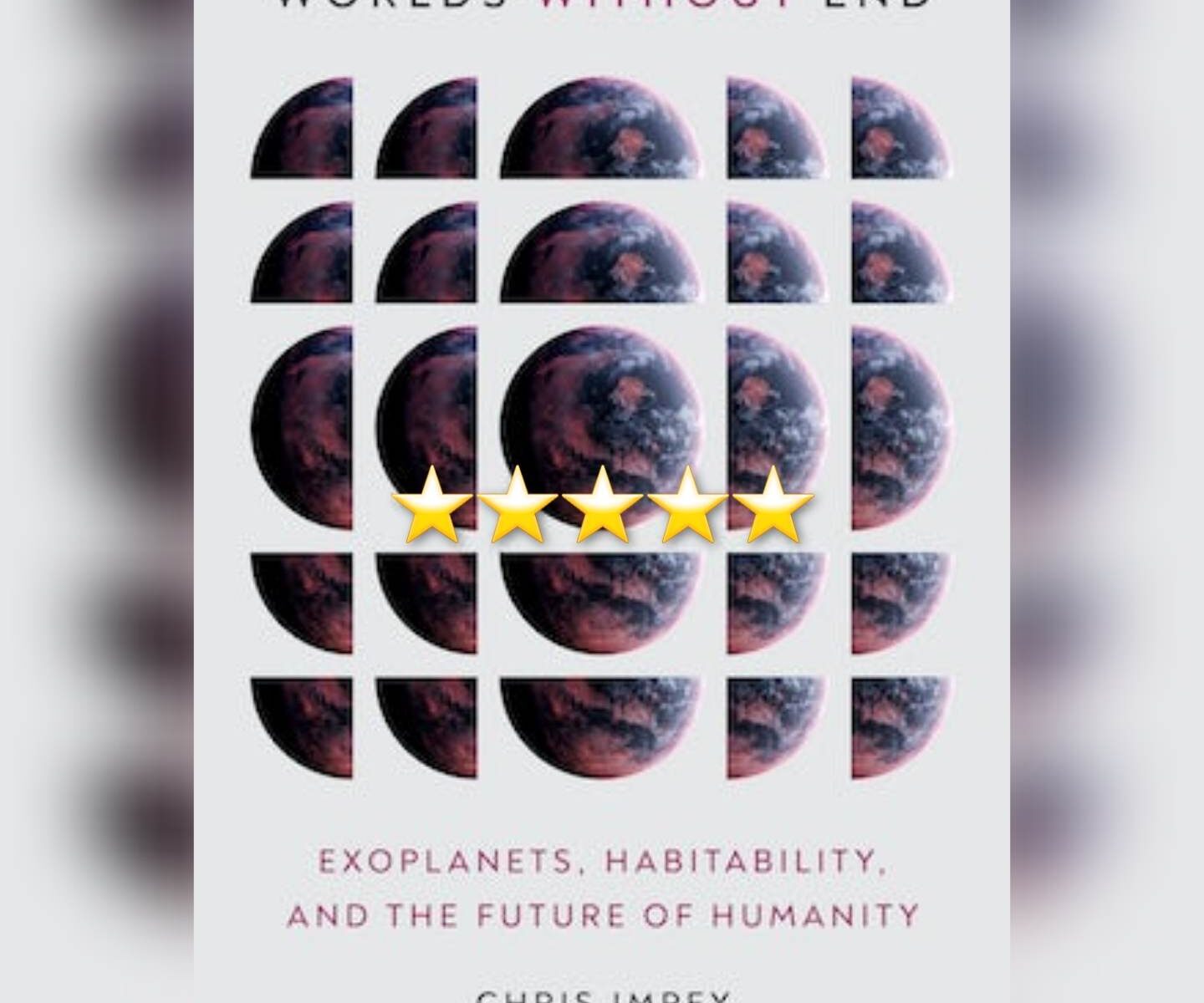 Solid Exposition Of The Topic. There really isn’t much more to say about this particular book. If you’re interested in the future of humanity at all, particularly our future as a space faring / multi-planet species, you need to read this book. If you’re interested in the potential for finding or communicating with non-Earth lifeforms, you need to read this book. In both of these arenas, Impey does a solid job of explaining the history of the relevant sciences, where they have been recently, where they are projected to be within the next generation or so, and what it would take to actually get or communicate with… much of anywhere, really. While exoplanets – planets beyond our local solar system and even beyond our own galaxy – are the main discussion, there are some discussions of the possibilities of life beyond Earth even within our local system that are also quite realistic, even including potential timeframes for when this could happen. Wow, I’ve actually said more about this book than I thought I would. 🙂 In short, read this book and learn a thing or two. Unless you happen to be an astrophysicist specializing in exoplanets already. 😉 Very much recommended.

This review of Worlds Without End by Chris Impey was originally written on December 9, 2022.

Phenomenal Achievement, Well Written Story Of How It Happened. That may leave a bad aftertaste with its final section. 200 years ago, humanity didn’t even know black holes existed – nor did actual photography quite exist yet. Now, not only do many of us carry around highly detailed cameras in our pockets, but humanity – led, in this effort, by this very author – has now taken a picture of a black hole. Falcke does a remarkable job through the first three (of four) sections of this tale setting the stage for that ultimate day in April 2019 when his team held half a dozen press conferences simultaneously all over the world announcing what they had done. He also spends a bit of time in the third section discussing the fallout of that day through about a year ish later, as the COVID pandemic changed the way most of the world worked… but didn’t really change much for this already global team. The way Falcke builds the history of the achievements that led to his is nothing short of poetic, yet also very easy to follow along with for those of us *without* PhDs in advanced theoretical astrophysics, and is truly remarkable. Even when Falcke begins speaking of even more theoretical concepts such as Einstein-Rosenberg Bridges (aka “wormholes”) and Hawking Radiation, he grounds these concepts in the work that has already been done. Even when speaking of the intermingling of religion and science sporadically through much of the text, Falcke is still remarkably grounded. But then, in the final chapter or two, he goes off into more “Your Mileage May Vary” territory when he begins speaking directly of God in light of what is shown via black holes. And that is where the potentially bad aftertaste comes in. Had Falcke made the worldwide announcement truly the climax of the book, with an epilogue of the team’s post-2019 efforts, this could arguably have been a bit tighter and less potentially controversial. Still, a very well written tale about one of the most monumental human achievements of my own (mid 1980s-forward) lifetime, and thus very much recommended.

This review of Light In The Darkness by Heino Falcke was originally written on January 4, 2021.