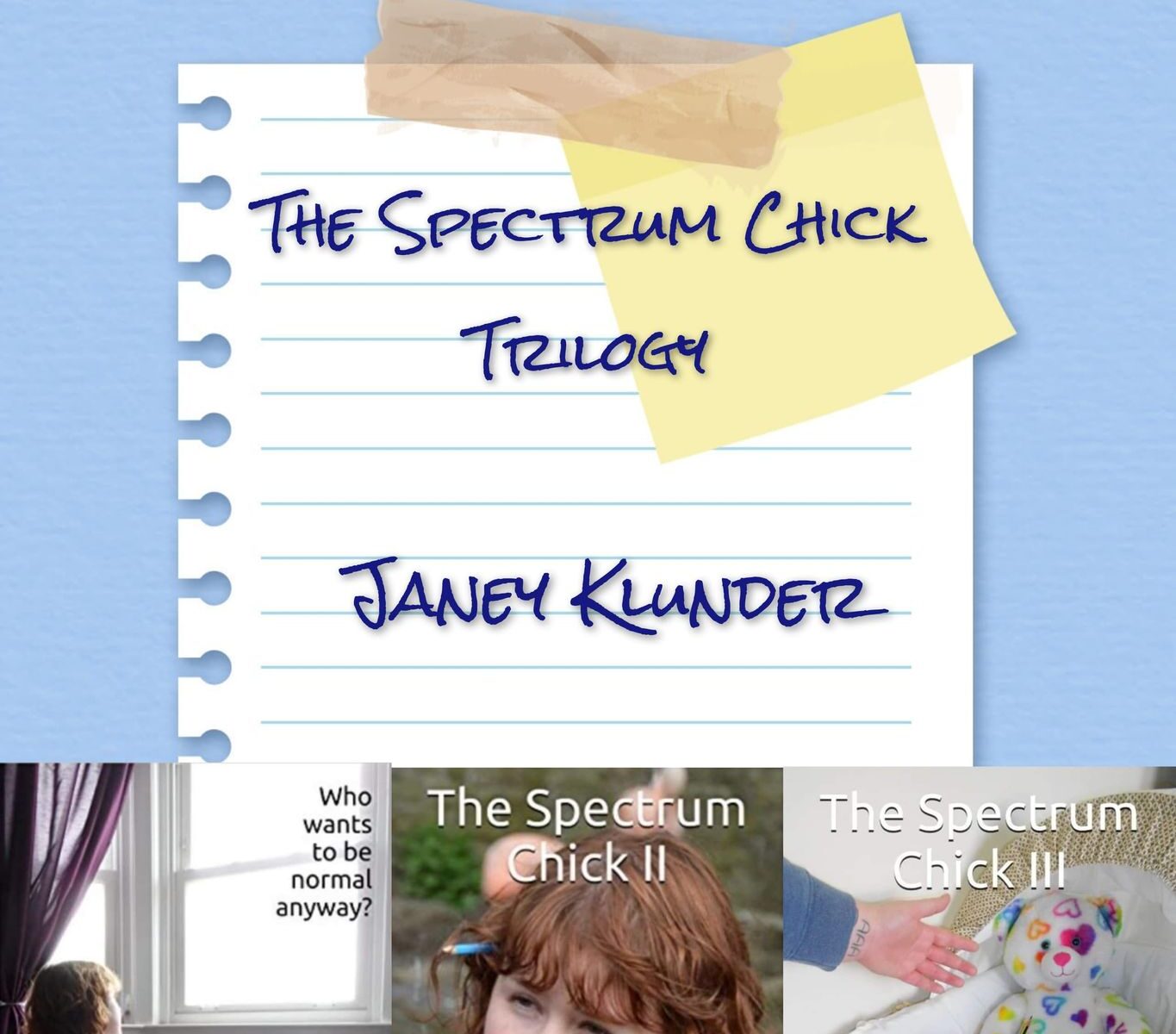 Now, I don’t actually have a Goodreads review to post of this book – even though I’ve read every word of all three Spectrum Chick books.

You see, the story of this book’s existence is that long ago, I started on Facebook what I wanted to become an Autistic advocacy organization that had Autistics helping fellow Autistics. Not in pursuing government “services” or in spewing propaganda, but simply members of our community doing what we could to help other members of our community. We would also be able to use our own voices to share our own experiences directly with the larger world and hopefully destroy the “veil” that exists between the larger world’s understanding of Autism and how we Autistics actually think about it ourselves. Thus, because I sometimes lack any degree of creativity, it was called “Autism Through Our Eyes”.

During the course of that short-lived project, a young Scottish lass reached out to me. She was trying to write a book, but she couldn’t figure out how to get it published. It was semi-autobiographical in that while completely fiction, it was also to some degree based on her actual real life and her struggles both before and after the fateful day when she first heard the term “Asperger’s”. This was 2014, the lass in question was named Janey Klunder, and the book in question was one she was calling The Spectrum Chick.

Even at that point in my life, I had read a LOT of books and was already doing *some* proofreading level Advance Reader Copy reading for one other author. I also knew that if it involved code or similar computer constructs, I could largely figure it out. So I told Janey that I would help her out. I couldn’t guarantee anything, but I would read her book and help her edit it as well as I could, and I could help her get it online through Kindle Direct Publishing.

We’ve been on one hell of a ride ever since, releasing four more books between 2014 and 2022 – The Spectrum Chick II, Led By Example, The Spectrum Chick III, and last December’s In An Office. And now, this combined edition of all three The Spectrum Chick books. I was working on this particular edition primarily on April 2, World Autism Acceptance Day, and got it fully on Amazon, Goodreads, and Bookbub over the last couple of days.

If you’ve read this far, I really hope you’ll give this book a chance, and if you like the tale of Tigerlily, maybe you’ll leave us some reviews on both the original books’ pages and this combined edition’s. Maybe you’ll even read Janey’s other books and hopefully review them, if you’re so inclined. Janey truly is a great storyteller, particularly for the stories she chooses to tell, and she really does bring Autism to life through her own eyes quite well. She and I have largely divergent experiences with Autism, but hers is a much more commonly known – though I would say still quite misunderstood – version of the Autistic Experience, and Tiger Lily’s story reflects this.

Thank you for reading these nearly 600 words. Below the jump, the Book Description for this new The Spectrum Chick Trilogy edition, which encompasses all three of the prior The Spectrum Chick book descriptions. 🙂
END_OF_DOCUMENT_TOKEN_TO_BE_REPLACED