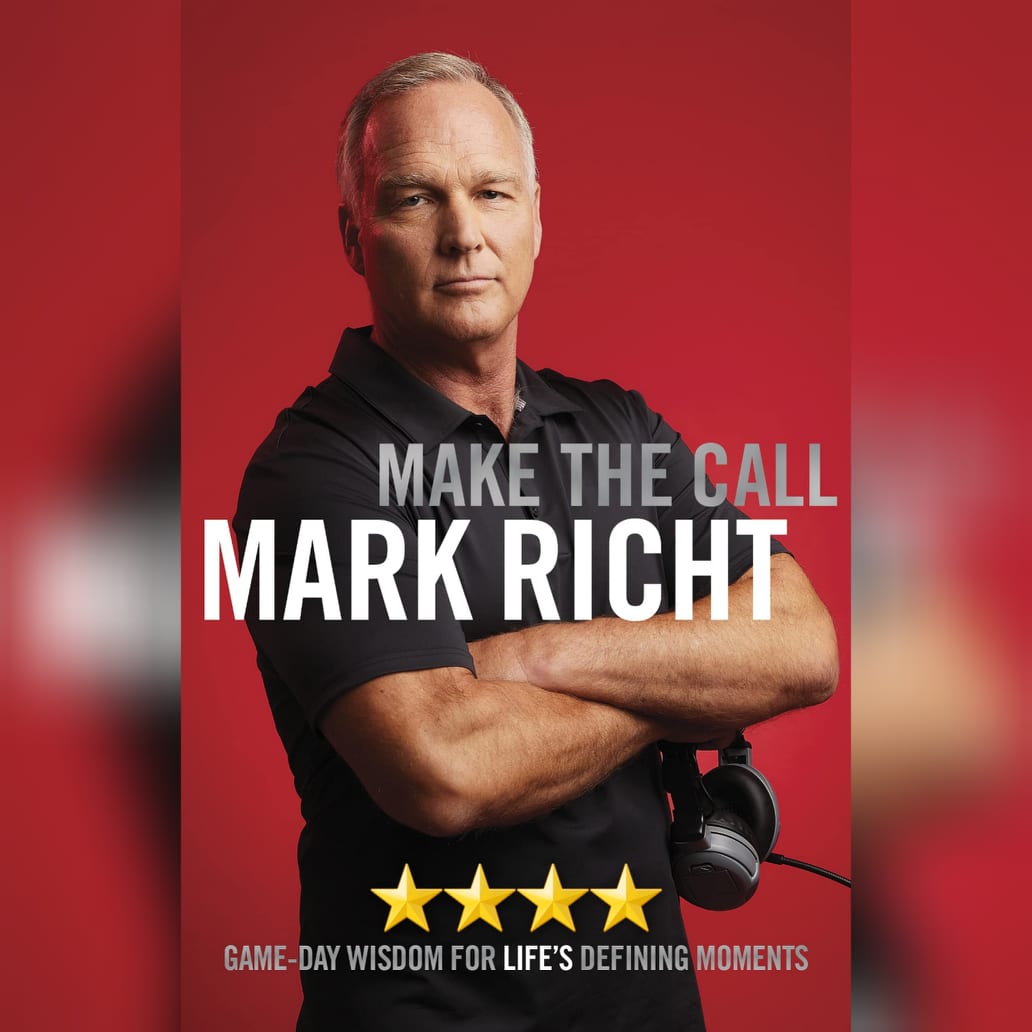 God And Football. This is Mark Richt, and this book is being published by a publisher that is a division of Lifeway Christian Resources, which originated in the Southern Baptist Convention. (I am unsure at this time of Lifeway’s connection to the SBC. I know there has been news of it in the years since I left the SBC, I just haven’t followed it.) Which is to say, you gotta know up front that you’re getting a lot of talk of both football *and* God. In the 20 years I’ve been following the man, since his first games as Head Coach of the University of Georgia’s football team – when I was 18 and fresh out of high school, but attending another school just outside of Atlanta -, the man has never shied away from either topic, virtually any time you hear him speak away from the sidelines of a game.

Within that context, and particularly with the timing of this book’s release – the week of the traditional opening of the College Football season -, this book is almost a sure fired hit. *Particularly* within Georgia and UGA fans, but even with FSU fans,(since an equally large part of the book, maybe even slightly more, is dedicated to his time as an assistant at FSU under the legendary Bobby Bowden), Floridians, and even in Miami, where he ended his coaching career as the Head Coach of the University of Miami Hurricanes – the very team he had played on in college.

But really, even if you don’t *overly* like Football or God, this book has a lot of strong life lessons, lessons Richt learned along the way either from meetings or, sometimes, the hard way. Lessons that are strong enough that as long as your disdain for those two topics is only mild ish, you should read this book to see anyway. Granted, if you have an utter revulsion to either topic… eh, you’re not going to like this book. Pretty well literally every single page has both topics, and at *minimum* one or the other.

Fans of FSU in the 90s, you’re going to get to relive some of the best highlights of that era of FSU football with a man who was on the sidelines and even calling some of the very plays.

Fans of UGA from 2001 – 2015 – arguably its best 15 year run in the history of the program – you’re going to get to see a lot of the highlights – and some of the lowest of lows – here as well. From Hobnail Boot – and man, I still miss hearing Larry Munson’s voice on that play – to Blackout I (against Auburn, a W) and Blackout II (against Bama, a L where the “can’t win the big games” narrative that would ultimately get him fired from UGA really began) all the way through the meeting that made his departure from UGA at the end of the 2015 season official. (For the record, I *still* say UGA was insane for this move, though CMR himself, as expressed in this book, is at peace with it.)

Fans of Miami will get to see both his view of the program as a player in the late 70s and early 80s and as Head Coach in the late 2010s and how much had changed.

And along the way, Christians will get to see the growth and maturity of a Christian man many – many more than he will ever know himself – have respected and looked up to for many years.

Ultimately this book will play and sell better in certain circles and areas than others, but I suspect that it will do at least as good as similar books by other Christian football legends such as Tony Dungy and Tim Tebow. Which seems to be decently well indeed, given that both of those men are almost constantly on Christian bookstore shelves and often even on chain and sometimes independent bookstore shelves, period.

PS: The reason for only 4 stars after praising this book so heavily? Prooftexting. Unfortunately all too common in Christian books, including this one. And an automatic one star deduction every time I see it, no matter how strong the book may otherwise be, in my own war on the practice.