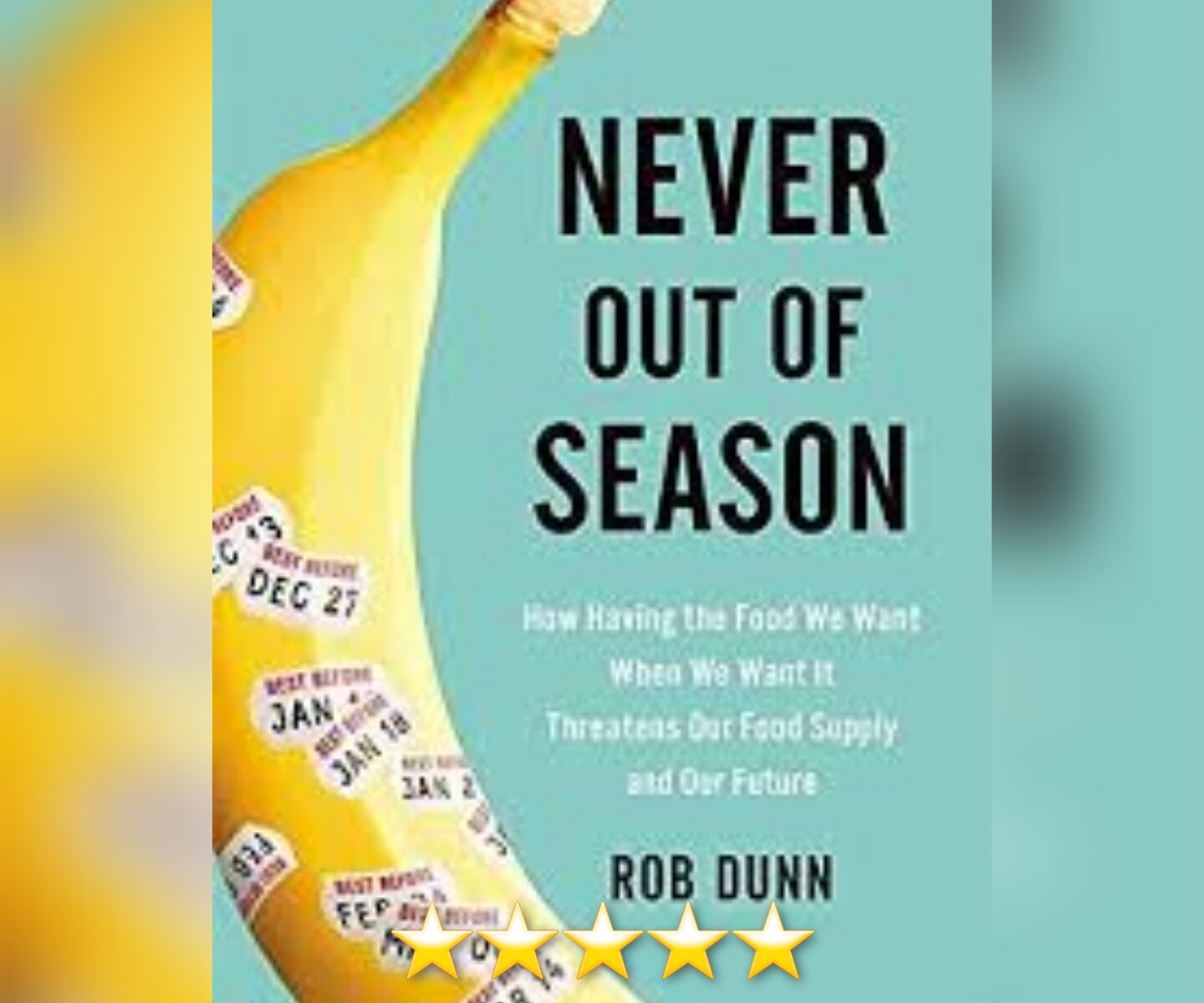 Interesting Yet Only Tangentially Related To Title. This is a book primarily about plant pathogens and the history of the study of plants and specifically their pathogens, mostly centering on the roughly 200 ish years between the beginnings of the Irish Potato Famine in the mid 19th century to the bleeding edge research being done by Dunn and other scientists in the later early 21st century. Dunn bemoans the fact that the food supply of the world basically comes down to a dozen or so key varieties of key species in the beginning… while later backdoor praising that very same thing as saving the world from certain pathogens, at least – as Dunn claims- “temporarily”. Overall the book, at least in the Audible form I consumed it in, was engaging and thought provoking, and despite being vaguely familiar with farming due to where and when I grew up, Dunn highlights quite a bit here that I was never aware of. Things that adventure authors like David Wood, Rick Chesler, or Matt Williams could use as inspiration for some of their stories – but also other real world events that could serve as inspiration to Soraya M. Lane and other WWII era historical fiction authors. Ultimately the book becomes quite a bit self-serving, highlighting work done by Dunn and his colleagues and friends in the years preceding writing the books. And yet, again at least in Audible form, there was nothing truly objective-ish wrong here to hang a star deduction on, and thus it maintains its 5* rating. Recommended.

This review of Never Out Of Season by Rob Dunn was originally written on November 28, 2022.