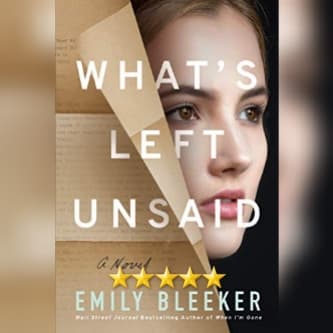 Solid Work of Fiction. This is a difficult one. There is *so much* “white people are evil” “racial discussion” through the first 2/3 of the book that at the time it looked like it would be my first *ever* 4* review for this author (and I’ve reviewed *all* of her prior books, either after publication or, as in this case, as advance reader copies). That noted, it *did* have a couple of moments of calling out the white guilt in ways I’ve often wanted to scream myself. Between these moments and the back third largely dropping these discussions in favor of more deeply diving into the substance of the tale at hand, the latest 5* review was indeed saved, as the story overall is in fact that strong – particularly that back third, when the various discussions and plot threads are woven together quite remarkably… and explosively. Indeed, while it is not known if the *exact* resolution of everything is real, one could very easily imagine it being so. I read for escapism, and if you’re looking for that particular goal in the current environment… maybe wait a few years to read this one. But realize that this one was effectively finished (minus the polishing and publication mechanics) right as the race wars of the summer of 2020 were exploding, which alone provides a degree of context for much of those discussions. Overall a truly strong book for what it is, and still very much recommended.

And for the first time in a very long time, I actually have some additional commentary here. 😀

Emily is a long time Facebook friend. Indeed, a lot of the areas I now work heavily in within the ARC world, she was the one that got me into the early steps of. I had read her debut book, WRECKAGE, years ago and LOVE it, and when she posted about an opportunity to join up with an ARC group for her publisher, I jumped on it. But she and I have had *dramatically* different experiences with race in the South, even as white adults of a similar age (+/- just 5 yrs or so). This book is actually based in part on letters uncovered in her own family research there in the actual town in Mississippi she places the book in, and the book is what she saw growing up.

But for me, my own formative years as a Child of the South were truly *extremely* different. Right around the time I was reading this book – and likely why I had such a strong reaction to it those weeks ago – I found out that my former elementary school Principal had died seemingly unknown in a minor one car accident on a somewhat back road in my hometown – the very day of the Atlanta Spa Shootings that grabbed national headline among accusations of racism. What is significant here is my own relationship with that man, Mr. Ralph Lowe, in particular. Mr. Lowe was a black teacher in the exurbs outside of Atlanta in the late 1970s, when he would become one of my dad’s high school teachers. A few years later, he was my own elementary school Principal, and just given the era had to be among the first – possibly *the* first – of his race to hold that title in that school system. But despite being active in causes and boards seeking to genuinely help his people – often quietly/ without media attention – throughout his life, and despite being of an age when he or his siblings likely actively participated in the Civil Rights Movement, Mr. Lowe demanded one thing and one thing only: That everyone treat him with the respect of his position, but otherwise exactly as they would anyone else. This was a point my dad emphasized himself emphatically in one memorable situation where I don’t remember what exactly I did to cause it (though I know that given the era, I did in fact do *something*), but dad – a product of his own era and location – made it *crystal* clear that I was to respect and obey Mr. Lowe just as much as I did my dad himself. In another foundational moment – really moments, as this was repeated much throughout my childhood, whenever my own step grandfather, the only “second grandfather” I ever knew after my natural one (dad’s father) died five weeks after my birth – would utter the infamous “N” word – my mom made it equally emphatic that her children were to *never* use that word under *any* circumstances. And again, my step-grandfather had been the product of his own generation and location, having been born deep in the Jim Crowe area in the area in the northwest corner of Alabama near Muscle Shoals. But I grew up in the 80s and 90s along the very route of that war criminal terrorist bastard William Tecumseh Sherman’s Atlanta Campaign. I literally graduated high school within steps of rails of the Great Locomotive Chase at Adairsville and I graduated college in the same town the event had begun in, Kennesaw, Georgia. My college alma mater’s logo for years bore the outline of the mountain made famous during Sherman’s campaign that sits just a few miles from campus. My hometown, along the rails of the Locomotive Chase roughly halfway between the two, literally still bears the scars of Sherman’s actions via former train track pylons in the Etowah River whose tracks his men destroyed. And yet despite being steeped in so much history just from growing up where I did, my parents taught me *very* different lessons than what so much of society then and now wanted to preach. Growing up on the lower end of middle class (if we were even that high), I was shielded from the worst effects of American poverty – which is admittedly a much higher standard of living than the truly abject poverty I’ve seen even in my adult travels in the Caribbean. While I grew up in a trailer until just after I turned 12, my parents made it a point that we would always have food, clothing, shelter, and each other. Yes, this was helped at times by family (including my farmer/ hunter grandfather who would give us enough venison to last the winter, and who himself had not only survived the Battle of the Bulge, but had won a Purple Heart and Silver Star for his actions there… and then *never spoke of them*, not in the 20 years I knew the man and apparently not even in the 40+ my mother knew her own father). So with regards to *race*, I was taught to neither see nor treat anyone any differently at all, and any time I fell out of that standard the standard was very pointedly reinforced. With regards to *socioeconomic status*… other than one cousin (in a *very* large family) that I never really knew, I am the first to actually graduate college in my family. And thus in going from trailer park kid to now Assistant Vice President of a Forbes 50 company… I’ve seen a bit along the way. 😉 But that is an entirely different story.

Read Emily’s book. It really is excellent, and she really is a truly amazing storyteller. My point with the above is more that hers, and the common media narrative, are not the *only* stories of my homeland and its people. And I urge you to seek out others, perhaps more similar to my own, as well.

But stop reading this and go read Emily’s book. 😀