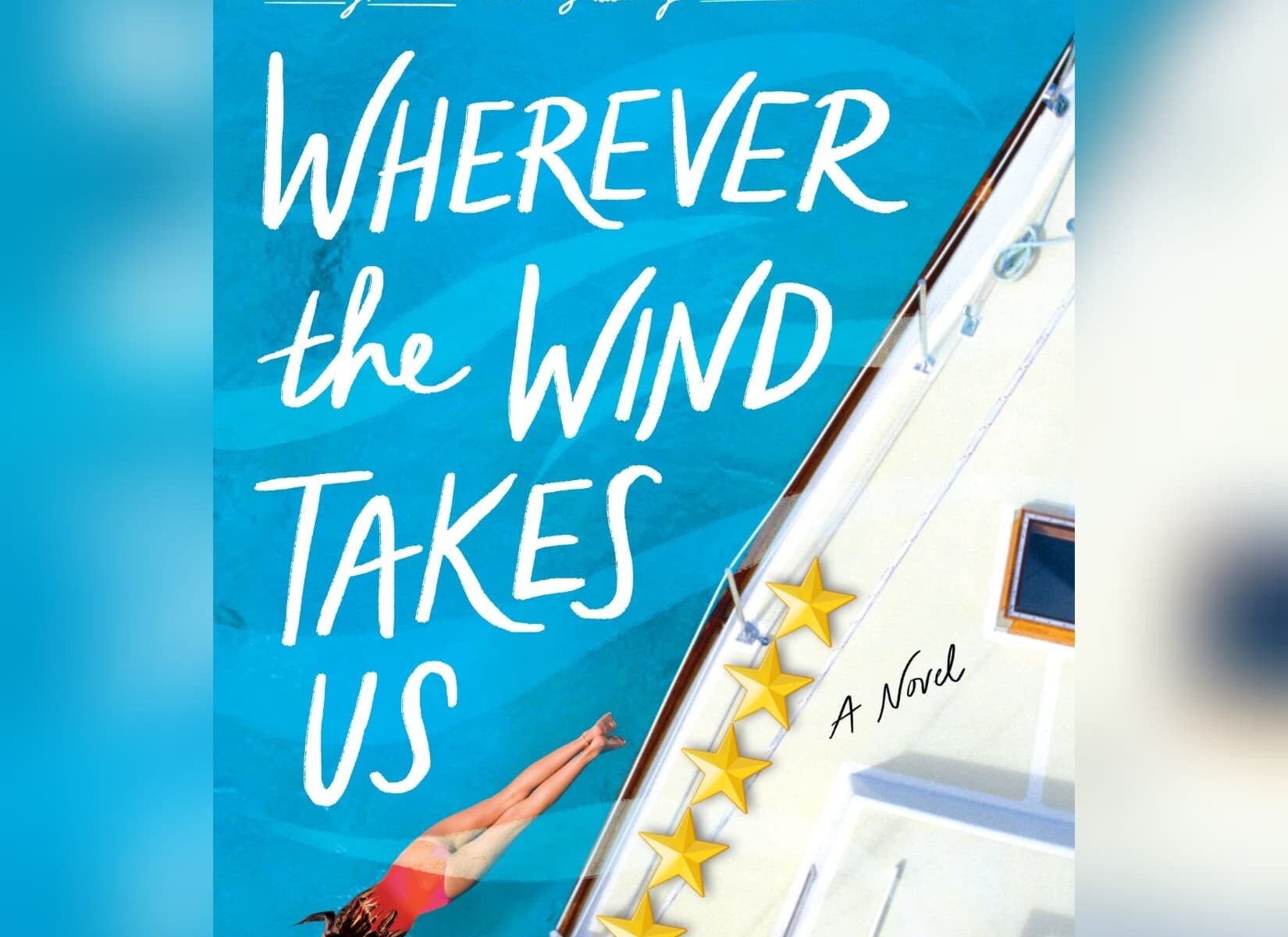 Discover Yourself And Push Yourself Further Than You Ever Dared. This title of this review is pretty well exactly what happens in this tale of a forty something mother finally having enough and breaking away from the only life she has known as an adult. Along the way, we get the beautiful and sometimes charming waters and towns along the US Eastern Seaboard – and a *lot* of sailing terminology. The techno-babble didn’t bother me too much as a *long* time reader of military technothrillers (where Clancy infamously spent seemingly dozens of pages on the first *nanoseconds* of a nuclear detonation in The Sum Of All Fears, among numerous other examples), but perhaps it could be more of a problem for someone whose experience is more exclusively within the women’s fiction/ romance genres (where this book squarely resides). An excellent tale that almost begs for a sequel to more fully explore the new setting the characters find themselves in at the end. Very much recommended.

This review of Wherever The Wind Takes Us by Kelly Harms was originally written on October 1, 2022. 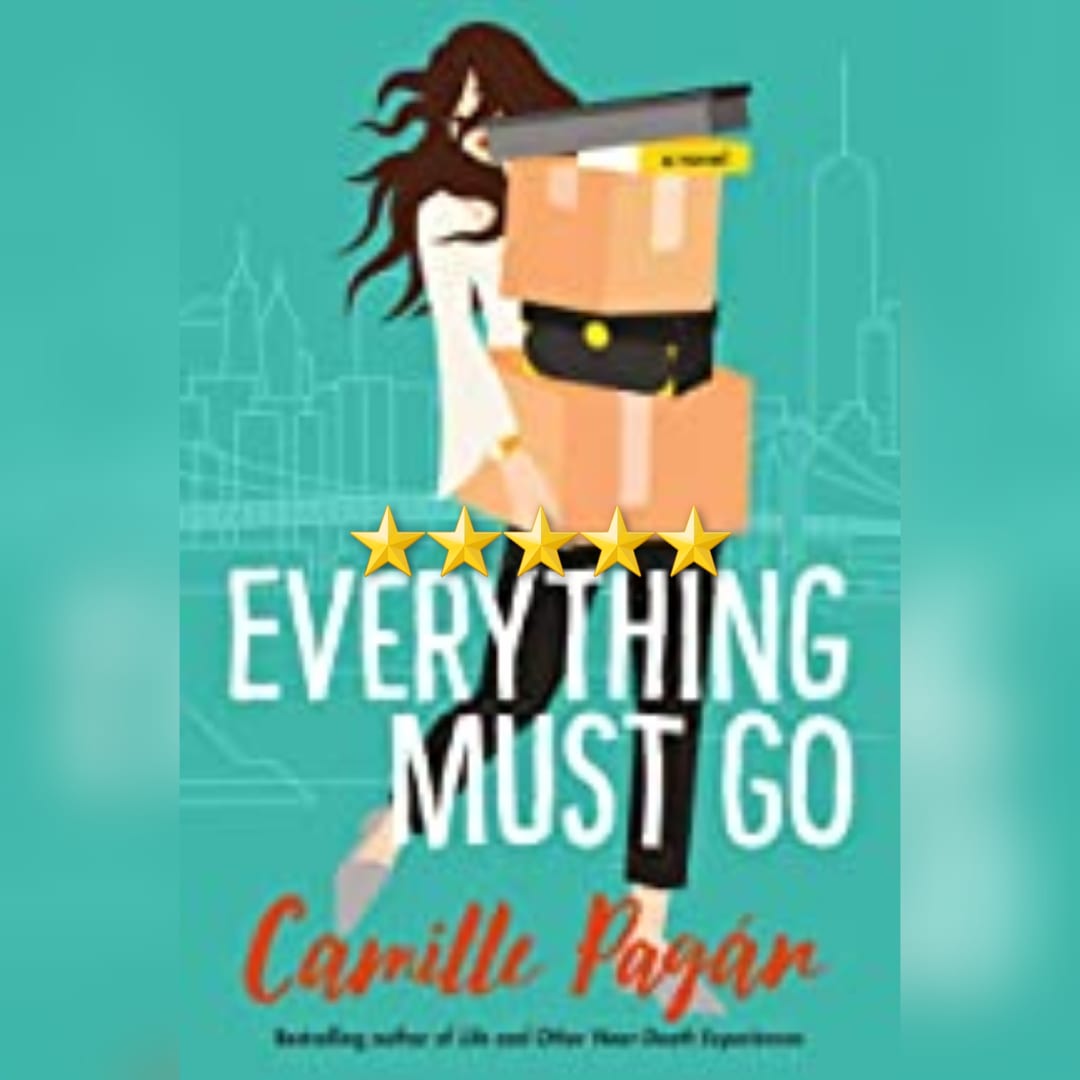 For this week’s Featured New Release, we’re looking at a solid examination of childlessness, divorce, and Alzheimer’s as experienced in the life of a woman in her thirties. This week, we’re looking at Everything Must Go by Camille Pagan.

Solid Examination Of Childlessness And Alzheimer’s. This book continues Pagan’s trend of writing books about real-world issues women in their 30s ish encounter and doing so in a thoughtful and poignant manner that allows people to more fully explore their own thoughts and feelings on the matters at hand even while telling its own unique story. In this particular book, Pagan brings out two issues that I’ve seen up close and personal in my own (late 30s male) life – childlessness and Alzheimer’s. While there are some (such as my wife and I) who start out childless (no kids, want them) and later become childfree (no kids, don’t want any) and there is considerable debate within the childless and childfree communities (yes, they are distinct), this tale accurately explores a woman realizing that becoming a mother is truly important to her and what she must do to ensure that. Its explorations of Alzheimer’s and the familial relationships it both strains and enhances also ring true to what I observed from my own mother – then in her late 30s/ early 40s – when she, along with her over half a dozen siblings, dealt with her own father developing the disease. I’ve even known friends and family to divorce as seemingly seamless as happens here, particularly before kids are involved. So ultimately, I see the plausibility in virtually everything Pagan did here, and the story thus became, for me, likely more of the thoughtful examination she meant for it to be rather than getting hung up on “I don’t think [this thing or that thing] is realistic enough” as so many of the other reviewers (on Goodreads as of December 29, nearly 4 months before publication) have done. While not quite as powerful or funny as Pagan’s previous books (which you should absolutely read as well), this one still does its thing quite well indeed, and is thus very much recommended. 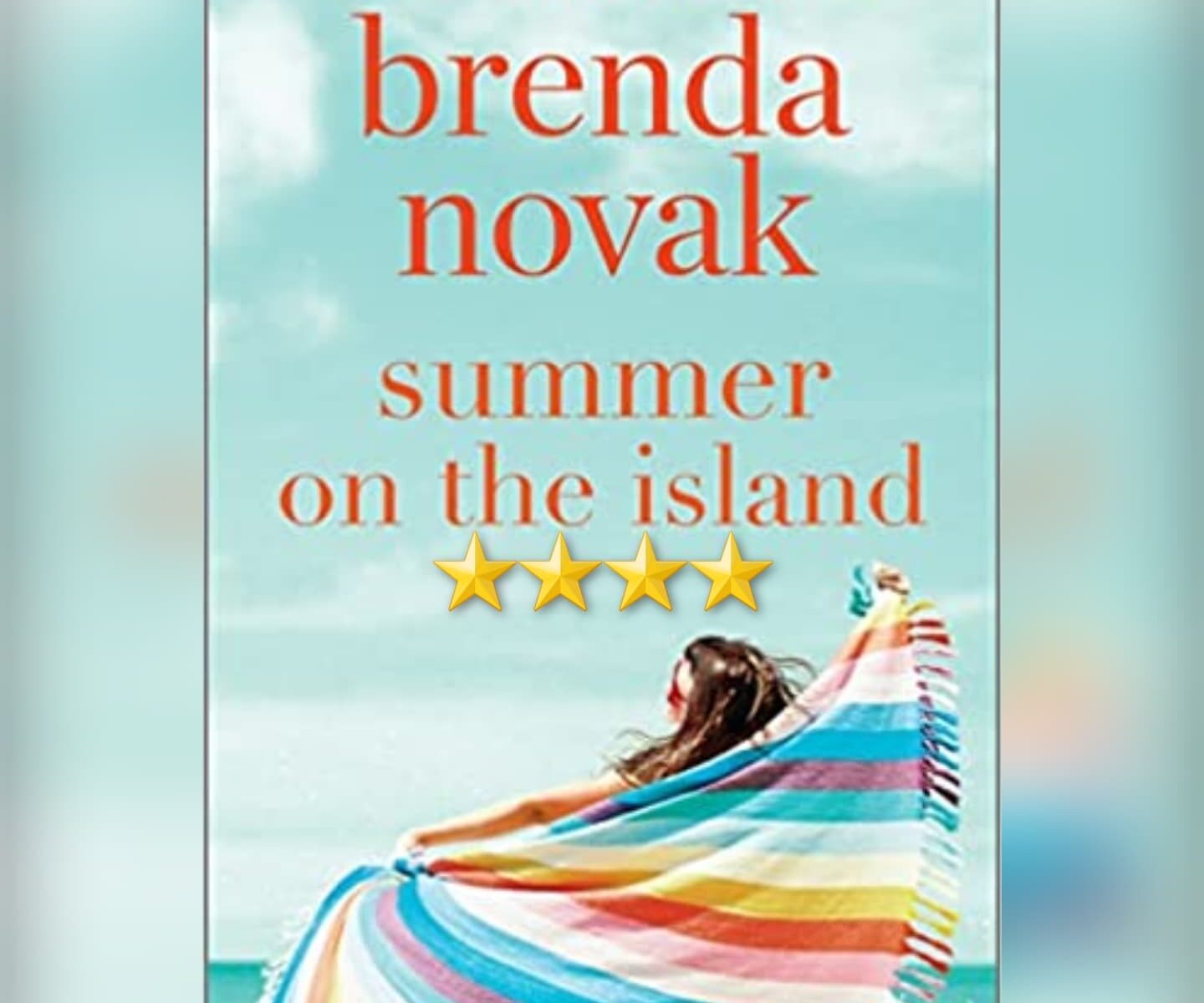 Strong Summer Beach Romance / Women’s Fiction Tale Marred By Referencing COVID. If one takes away the pervasive references to COVID, this is a strong summer island getaway beach romance/ women’s fiction tale of three women escaping to the far coast from where they currently live in order to get a break and maybe even heal or find themselves in the process. At it absolutely works in those elements, particularly as our central character unpacks her history and uncovers an astonishing family secret. Truly the only reason for the star deduction is because I DO NOT WANT TO READ ABOUT COVID. PERIOD. And thus I’m waging a one man Crusade against any book that mentions it via an automatic star deduction. So if you feel as I do, know that this book does reference COVID quite a bit, but at least in this case it is more backstory/ explanatory than something the characters are actively living through within the text of this tale. Truly a strong, fun summer/ beach type read, great for those who have been stuck inside for two years and are just now beginning to venture out again. Though one final note: For those that want their books “clean” or “sweet”… this isn’t that. Hell, there are some XXX scenes here – as is typical in many romances. Closed door, this ain’t. So know that going in too. 😀 Very much recommended.

After the jump, an excerpt from the book followed by the “publisher details” – book description, author bio, and social and buy links.
END_OF_DOCUMENT_TOKEN_TO_BE_REPLACED 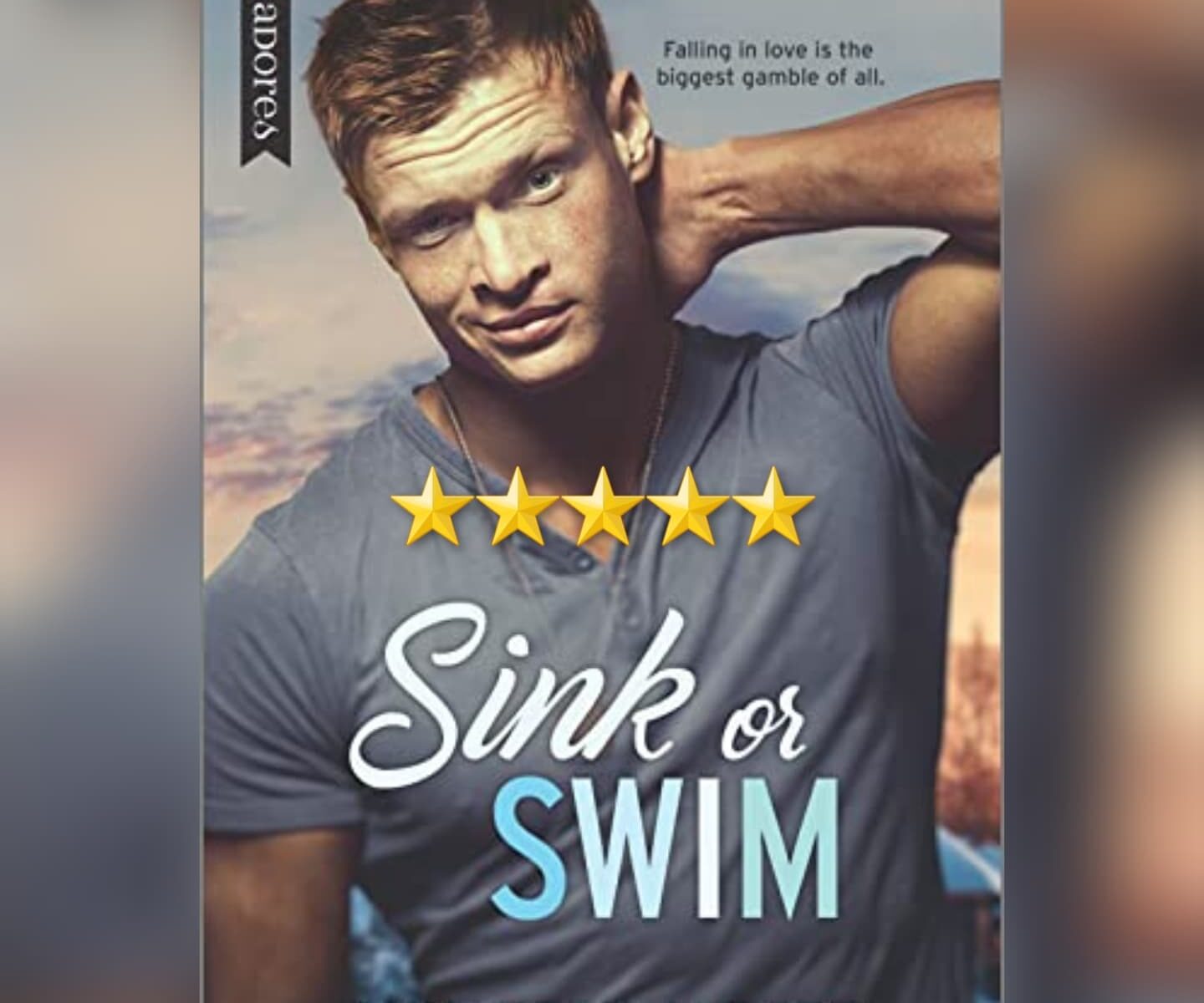 Atypical MM Romance. This is at least a somewhat atypical MM romance in that we get two guys who neither one is a big fan of penetration (and yet, it *does* happen – a couple of times, at least) and who are both fairly well fleshed out in their motivations and who they are, and both ring fairly true. One is the Navy guy that finds himself at a career crossroad, the other is a single uncle/dad going through a messy divorce. Being at a bit of a career crossroad myself and having a few nieces and a nephew and having to at least consider what happens here… yeah. Both of the situations here hit hard. The steam… not so much. I think I’ve seen coffee with thicker steam, but I actually *like* that about this tale – it is part of its atypicality, in very good ways. If you’re into radioactive heat and steam you can’t see your hand in front of your face through… this isn’t for you. If you’re more into *real* without being *too real* (ie, “real”, but still escapist)… this is going to be more your thing. Overall a strong continuation of this series, and I’m looking forward to seeing where Albert takes this next. Very much recommended.

This review of Sink Or Swim by Annabeth Albert was originally written on March 6, 2022. 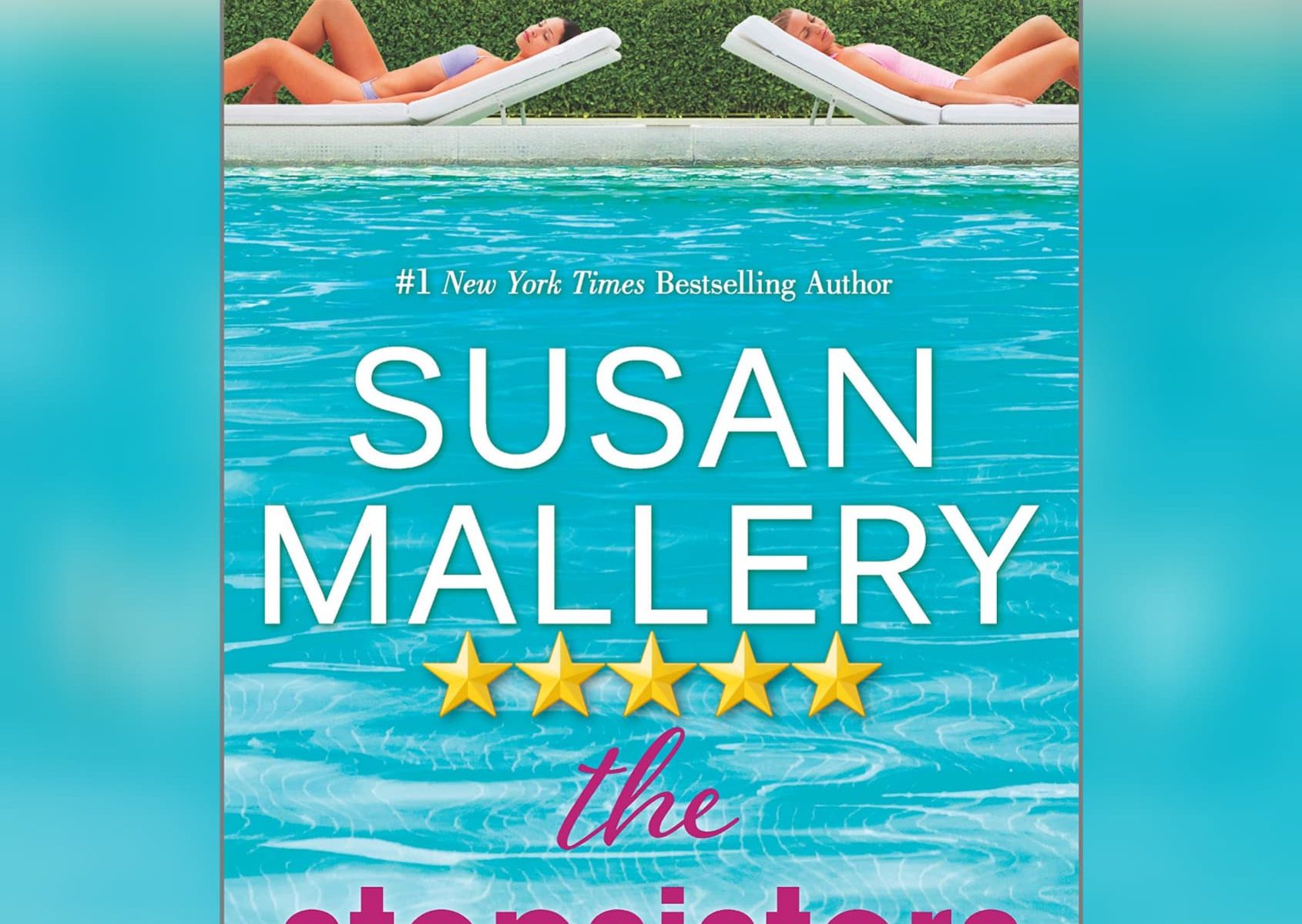 First, here’s what I had to say about the book on Goodreads:

Strong Character Study With Maybe Not Quite Enough Introspection. This is one of those strong women-bonding-as-character-study type books where we get to see three very different women thrown together as a result of a family that blended and then dissolved years ago, and how that blending and dissolution affected all of them and even their common parents (one step father, one stepmother, both of whom combine to be the natural parents of the third sister). As someone who has a cousin that is actually in the exact position of the third sister – both parents having been previously divorced and having kids from those marriages – this was particularly interesting. As with the other Mallery book I’ve read so far, she does excellent work keeping things mostly realistic, and really my only fault here – potentially intentional, as it is still a realistic scenario – is that one of the three sisters perhaps doesn’t look into herself as deeply as the other two do. Ultimately an engaging and satisfying book, this is thus very much recommended.

After the jump, an excerpt from the book followed by the publisher information, including book description and buy links! 🙂
END_OF_DOCUMENT_TOKEN_TO_BE_REPLACED

This review of Seriously Messed Up by Luke Young was originally published on March 20, 2017.