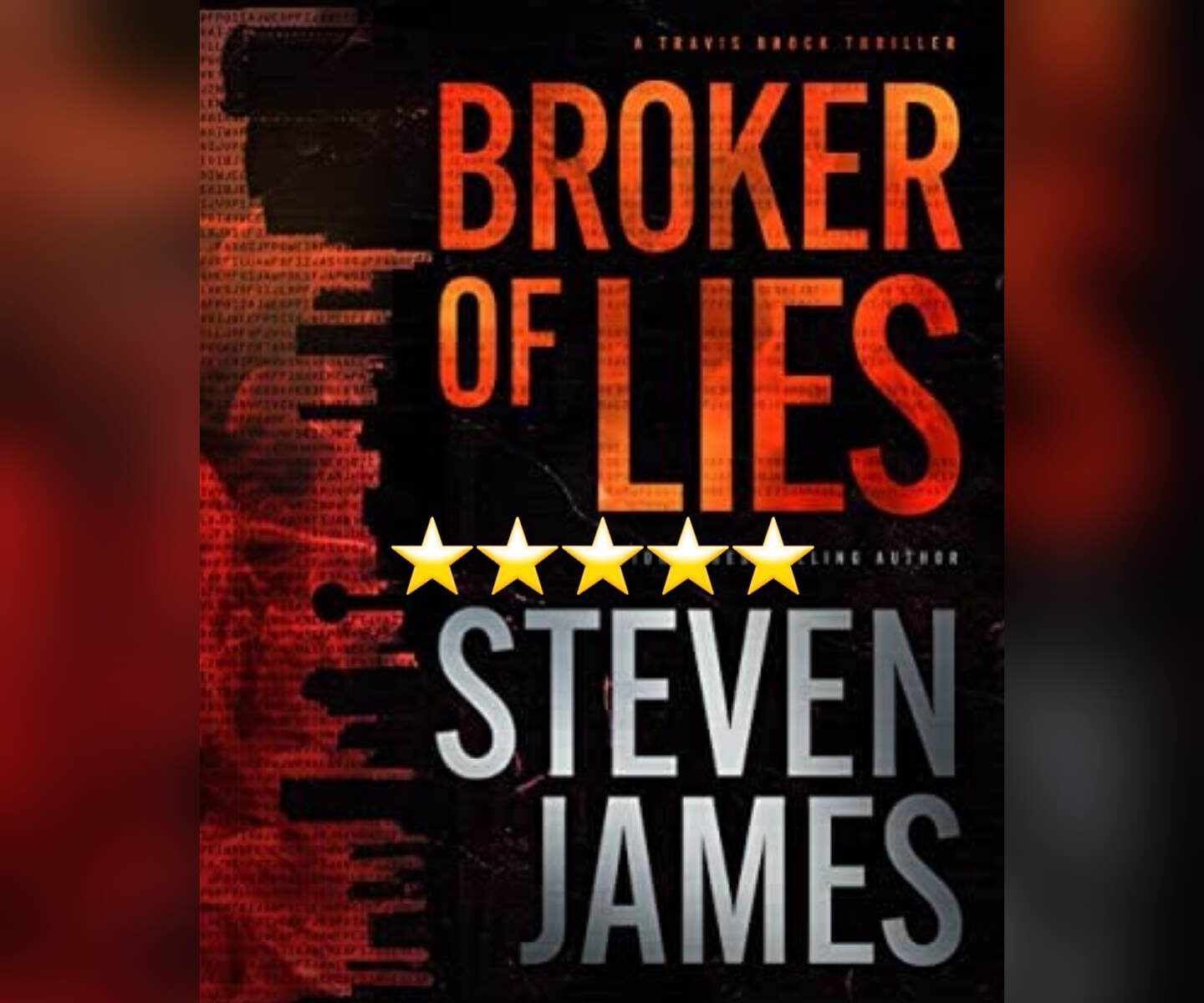 The True Successor To Vince Flynn. That’s basically what this entire review is going to boil down to – if you liked Vince Flynn (and particularly if you object to someone else using his name on their books after his death) and have been searching for an author who can tell that type of tale at least as good as Flynn ever did… welcome to Steven James and Broker of Lies. One huge difference here is that while Mitch Rapp almost tends into superhero/ super-soldier status, our heroes here are very skilled… yet also very flawed in their own ways. Ways that enemies can exploit, if they are known. Ways that enemies do exploit here, because our heroes are not as hidden as they would like to think they are. So yes, we get a lot of different (yet fairly plausible) tech – including some fairly scary, yet known for over a decade now, ways to exploit any body scan security -, several car chases, several fight scenes of various forms from extremely up close and personal to more building level, a lot of cat and mouse, and one heck of an explosive revelation at the end that pretty easily sets up at least one more book here. This isn’t a short book, clocking in at nearly 420 pages, but that last 20% or so in particular… you’re not going to want to put this book down through that stretch at minimum. Very much recommended.

This review of Broker Of Lies by Steven James was originally written on December 9, 2022.