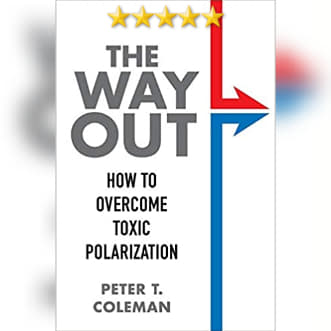 Conflicts as Advanced Mathematics and Theoretical Astrophysics. I gotta admit, as a more “hard” science / numbers guy, when I saw that Coleman’s solution here was based in the realms of advanced mathematics and theoretical astrophysics – gravity wells, complexity theory, etc – I was astonished to see someone put into words ideas I’d long thought of in conflicts in my own life. Though the way Coleman is much more systematic and systemic about them is simply phenomenal bordering on the profound. Yes, the man is an admitted progressive and yes, some of his throw away level comments are solidly from that perspective, but if you’re of a type who would normally throw a book down in disgust just over those points alone (or if you’re the type who would do those if he were an admitted conservative making similar comments)… you’re pretty well exactly who needs to read this book anyway. 😉 Pretty spectacular, and a *needed* read pretty well right this second – I write this review at the beginning of US Presidential Inauguration Week 2021, nearly six full months before the book’s scheduled publication at the beginning of June. Something tells me the book will be at least as relevant as it currently is at that point, and you should absolutely read and strongly consider Coleman’s points as soon as you can. Very much recommended.

This review of The Way Out by Peter Coleman was originally written on January 17, 2021.