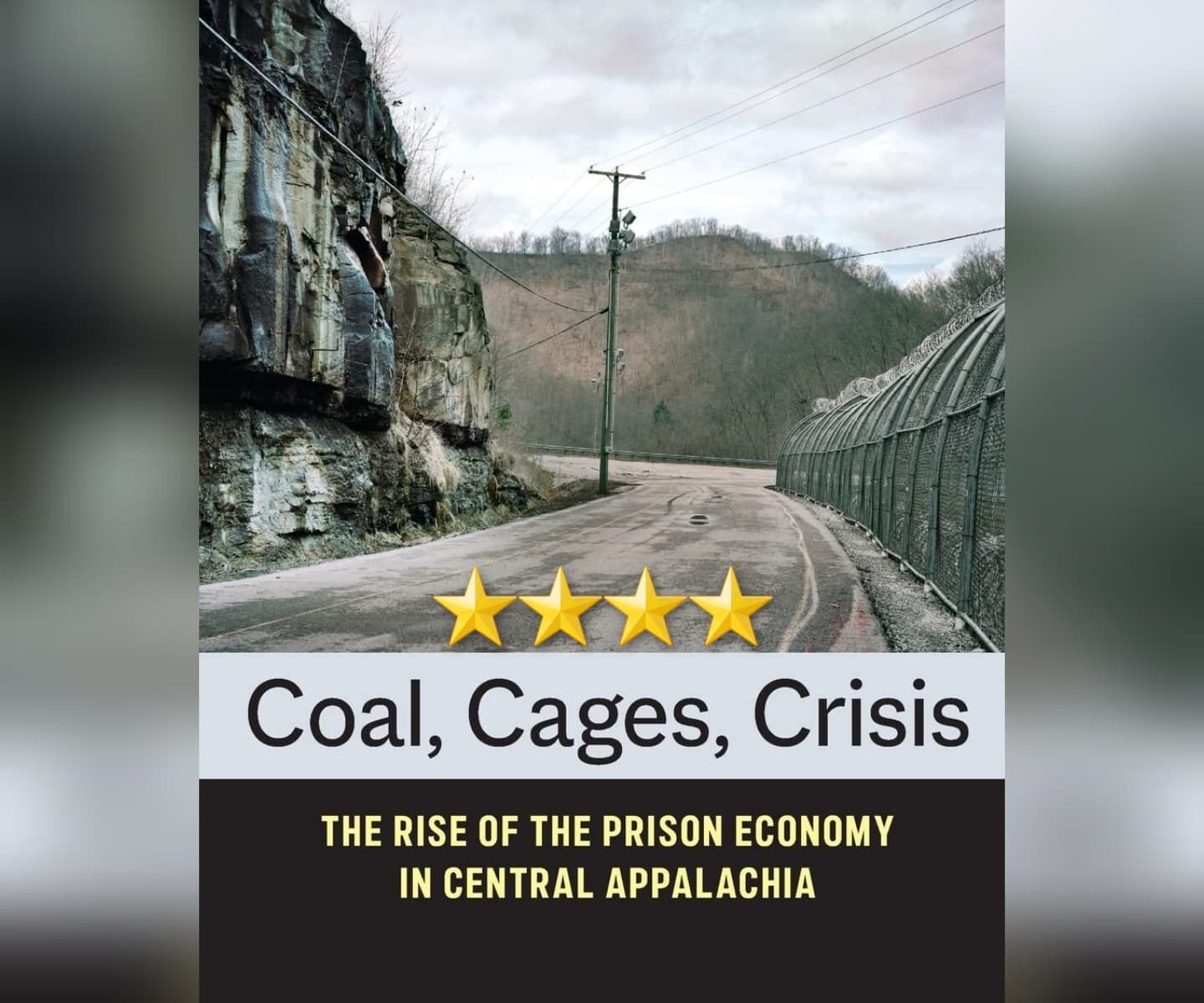 Avowed Anti-Capitalist Screed Still Highlights All Too Real Issues. And these issues absolutely need to be more openly discussed. If you dismiss the blinders to anything other than the set premise and worldview the author comes to this research with and look at the points he raises instead, this is a solid examination of at least some of the ways the central Appalachia region of (primarily) Kentucky / (some) West Virginia / (some) Virginia has transformed from being driven by a coal economy to now being driven by a prison economy – largely on much of the exact same land. With a bibliography clocking in at 38% of the ARC I read *even with* the author conducting much of the research and interviews himself, the scholarship within his worldview is largely beyond contestation. This truly is one of the most well documented ARCs I’ve come across in nearly 800 books (across all genres, fiction and nonfiction). Ultimately the star deduction here was because the author never leaves his particular biases to even make strawmen of opposing views, much less actually examine whether they may explain the issues at hand better than his own views do. Still, for what it is, this truly is a remarkable text that covers a particular topic that few others do. Very much recommended.

This review of Coal Cages Crisis by Judah Schept was originally written on April 16, 2022. 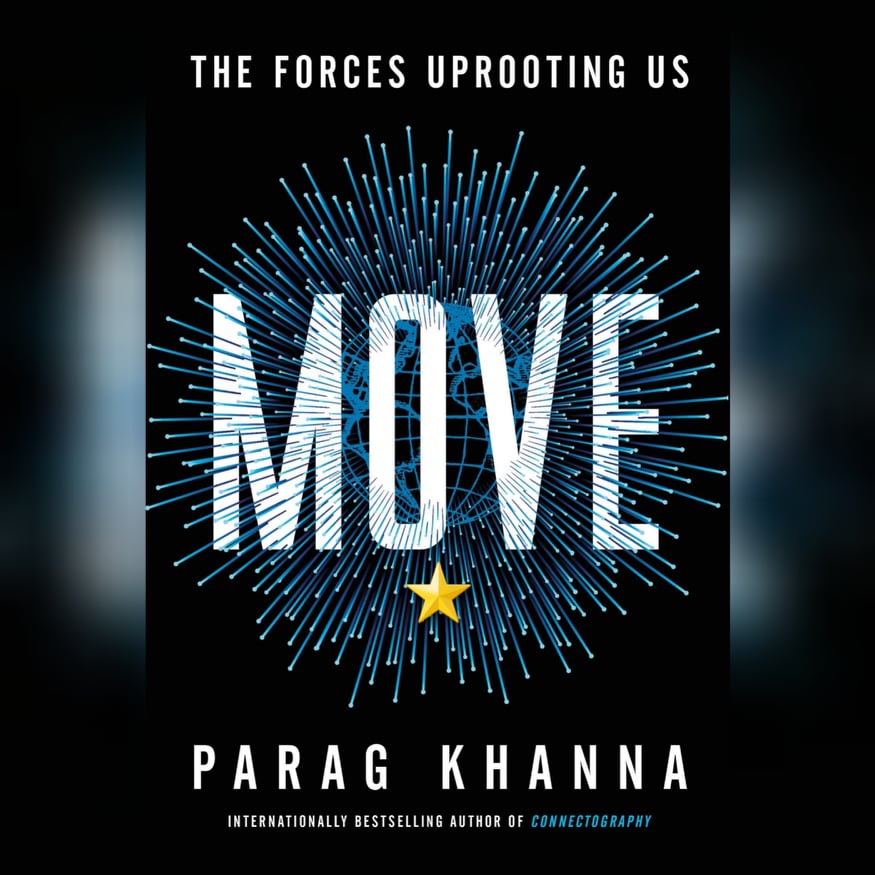 A Gold Mine Of Technotyrannical Neoarchy. Wow. Where to begin. I suppose I should specify what I mean by “Gold mine”: It is my personal designation for the worst books possible, the ones where you shift through tons of detritus to find even the smallest speck of anything remotely redeemable. Thus, while some might thing that describing a thing as a “gold mine” is a way of denoting massive wealth, for me it is exactly the opposite – something to only be even considered by those with particularly high levels of pain tolerance and masochistic tendencies.

Here, “celebrated futurist” (according to the book’s description) Khanna basically does all he can to trash anything remotely Western (and particularly American) while seeking a society that is technologically tyrannical and ruled by the young. (Thus, “technotyrannical neoarchy”.) His hubris in claiming that technology and skills are all that matters – and not pesky things like basic human rights and physical geographies – is utterly mind blowing. And his lack of documentation – barely 10% of this advanced reader copy edition I read was bibliography – is truly astounding for such major claims. Perhaps he thinks he gets away with this by claiming to be a “futurist”? Your projections are only as good as your source material, bub, and I expect to see it if you want to make such utterly fantastical claims as claiming that Wakanda is a possibly real society (specifically in saying that Black Panther is a “futuristic” film without ever even alluding to the term “science fiction”, as in “Black Panther is a futuristic science fiction film”) or that iFunny is a major Gen Z social media platform. Also, proclaiming the mobile home to be the “ultimate symbol of the new American mobility” is so utterly laughable in and of itself that this book should not be classified in any genre but humor.

If you’re reading this review and want actual looks at how migration works and the various issues world powers will be looking at over the coming decades, you’re *MUCH* better off with Sonia Shah’s The Next Great Migration or Tim Marshall’s The Power Of Geography and Prisoners of Geography – yes, even with Marshall’s own shortsightedness on some issues.

This book is thus not recommended at all, unless you happen to have high tolerances for pain and are particularly masochistic. Which is a major shame, since the title and subtitle were so promising.

This review of Move by Parag Khanna was originally written on August 23, 2021. 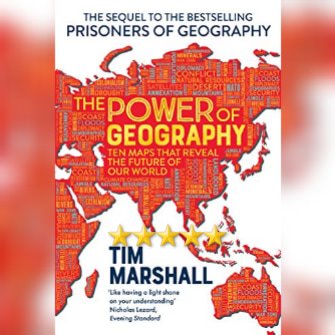 Remarkable Look At Often Unnoticed Regions. Marshall’s prior work in this space, Prisoners of Geography, was much lauded and at least a bit derided. Here, well, the exact same approaches and reasonings abound, so whatever you thought of that first text will likely be similar to your feelings about this text, where he analyzes regions that many don’t think of. The Space chapter (the final chapter) actually discusses the real-world power plays that Matthew Mather’s CyberStorm series of fiction books uses to spin some great yet fictional tales around, while other chapters such as that on Ethiopia, the Sahel, Iran, and Australia do remarkable jobs of showing both the history and current issues facing these regions. Truly an enlightening look at global issues, and one that everyone should read more as a “global politics 101” level of information, if for no other reason. Great work, and very much recommended.

This review of The Power Of Geography by Tim Marshall was originally written on February 18, 2021.

Interesting Concepts. Marshall presents an interesting case of geopolitics from a geographical perspective, and while quite a bit of it makes perfect sense, there are also times where he presents an idea as perfectly obvious… when it actually isn’t/ wasn’t. For example, he claims that once America gained access to the Pacific Ocean in the 19th century via the Oregon Territory, it was destined to become a great world power simply because it had direct access to both of the world’s great oceans. If it was so perfectly obvious, why did it take another century or so – for this barely century old nation at the time – to achieve such supremacy? But the cases Marshall does make, he makes many interesting points on that even I had never considered, and I consider myself a fairly learned and analytical person. He also does so with great humor, which makes what could have been a much drier, more academic treatise into a much more enjoyable read. So read this thing. It has some good ideas and you’ll be entertained. Just don’t believe every word it says, and keep a critical eye on all things at all times. Recommended.

This review of Prisoners of Geography by Tim Marshall was originally written on June 29, 2020.