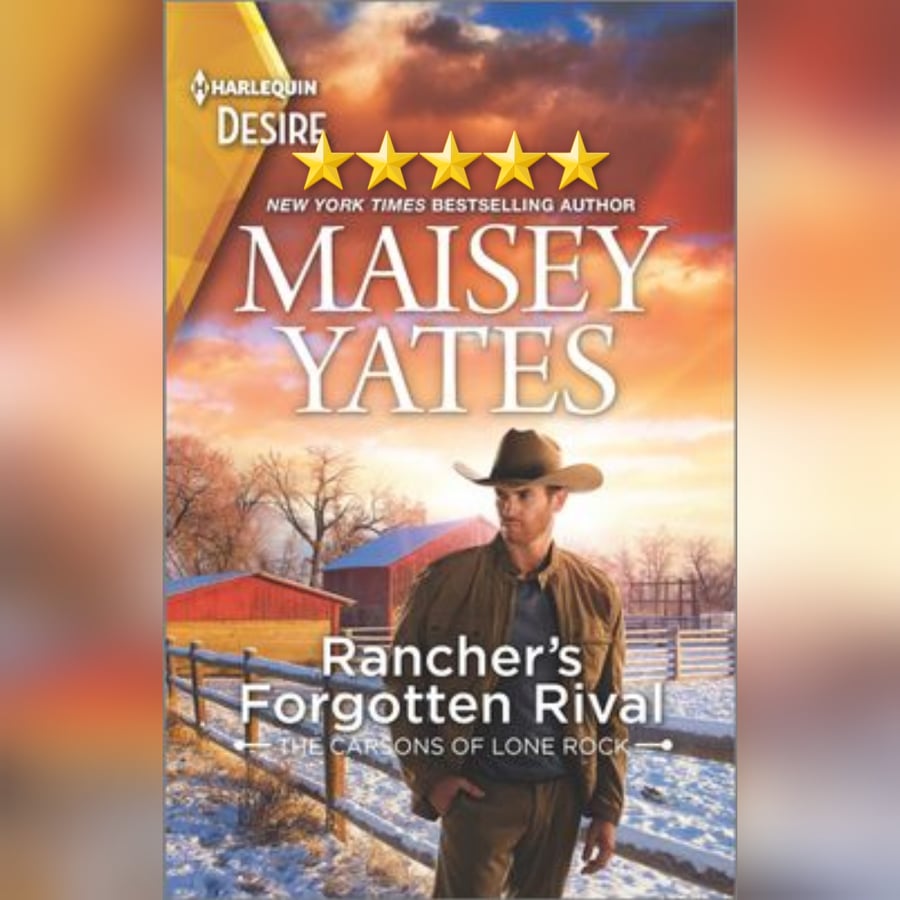 For this penultimate day of the Twelve Days Of Romance blog tour series, we’re looking at a solid series starter romance that manages to combine the comedy of Overboard with the saga of the Hatfields and McCoys. For this blog tour we’re looking at Rancher’s Forgotten Rival by Maisey Yates.

Overboard x Hatfields and McCoys. This tale is essentially a ranching version of a combination of Overboard (take your pick on the 1980s version or the 2010s version) and the saga of the Hatfields and McCoys. Throw in two people dedicated to their families yet who have always wanted each other despite their families… and you get some pretty intense hate sex and a romance that Shakespeare could never be bothered with. (Yes, some might try to go the Romeo and Juliet route in their comparisons, but those were immature teenagers with a remarkably high body count. Here, our leads are more established – late 20s/ early 30s ish – and more importantly *don’t get anyone killed*.) As a series starter, it works in establishing that our male lead has several brothers and our female lead has a sister… who may be interested in one of said brothers. Overall a solid romance that elevates its basic elements into a more mature – and arguably more enjoyable for it – tale where people actually try to do the right thing, even when it may cost them everything. Very much recommended.

After the jump, an excerpt from the book followed by the “publisher details” – book description, author bio, and social media and buy links.
END_OF_DOCUMENT_TOKEN_TO_BE_REPLACED