Not The Direction I Was Expecting, Excellent Conclusion (Or Was It) Regardless. First off, as I said on the review for Forsaken (Book 2 in this series where this book is Book 3), IF YOU HAVEN’T READ THE EARLIER BOOKS HERE (Subhuman, Forsaken), READ THEM FIRST. You’re not going to really know what is happening here without having read them, and McBride spends pretty well zero time catching the reader up on previous events.

That out of the way, this particular entrant into the series works well as a blatant effort by a writer who was given a three book contract and is hoping to be picked up to continue the series… but doesn’t know as he is writing whether that will happen. So while the conclusion of FORSAKEN almost sets up a potential dozen ish book series, MUTATION goes the more balls-to-the-wall, Matthew Reilly‘s Jack West Jr series combined with Jeremy Robinson‘s CHESSPOCALYPSE event series approach to wrapping everything up in one fell swoop… then using the epilogue to “move the chess piece” (as in the last second of X-Men: The Last Stand) to allow for future stories within this universe.

Overall an excellent book and series, one I hope McBride can come back to once his current contract for these books expires and he gets the rights to them himself. Very much recommended.

This review of Mutation by Michael McBride was originally written on September 27, 2020.

Robinson Is Back With Another Mindbender. In this book, The Modern Day Master of Science Fiction creates yet another absolute breakneck thriller that also happens to be one of the most mind-bending books of his career, right up there with ALTER and INFINITE. It *also* is one of the few books at this “more developed” stage of his career where he openly wrestles with religious and philosophical issues, and indeed the very debate between our two primary characters on these topics is some of the most intense and intriguing bits of the book. Still, for those who want to gloss over the philosophy and focus on the action, there is still quite a bit of that here as well, and indeed the debates often happen in the middle of the intense action. (Think: Brian and Dom having a debate about the nature of reality *while in the middle of the airplane chase scene* at the end of Fast 6.) There are numerous reasons I call Robinson “The Modern Day Master of Science Fiction”, and this book just adds to them. Very much recommended.

This review of NPC by Jeremy Robinson was originally written on July 1, 2020.

Gone With The Kimchi. This book has the depth and emotion of Margaret Mitchell’s Gone With the Wind, but it is set beginning in 1930s Korea and continuing through the major events of the Korean people from then to now. Never overly graphic, yet conveying the appropriate gravitas regardless, this book highlights so many of the horrors of the Imperial Japanese government during this period – and how being a part of it came to haunt one (fictional) man. Ultimately a story of undying love and an undying belief that we are all truly one people, this is a book that cannot be missed. And if you happen to read Jeremy Robinson’s Island 731 before or after, you’ll have an even better sense of the true tragedy conveyed in this tale. Very much recommended.

This review of The Spirit of the Dragon by William Andrews was originally written on December 24, 2019. 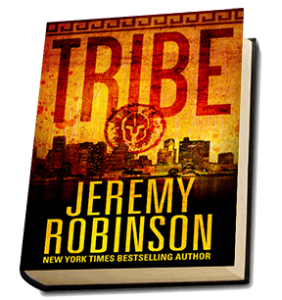 And as always, the Goodreads/ Amazon review:
END_OF_DOCUMENT_TOKEN_TO_BE_REPLACED

Yet another wild ride that will make you question just how close to the brink of insanity this man’s mind gets, this book opens up with a giant explosion that someone leaves one survivor at its very epicenter… and doesn’t slow down from there. Seemingly set up for a potential short series, this one could just as easily play into an Avengers Level Event 2 that Robinson seems to maybe be building to – that will be far wilder than even his first such event, just given the nature of the characters he has created of late, including here.

Very much recommended, I can’t wait to see what this man comes up with next!

Did Robinson Just Do What I Think He Did? This tale was yet another home run by the Modern Day Master of Science Fiction. Somewhat reminiscent of his earlier book REFUGE, this tale takes us on a Eureka-esque tale of a diabolical scientist and the innocents who have to battle to survive and to return home. Overall a fun, fast paced read… that gives Robinson an opportunity to build into something this reader would love to see – Avengers Level Event 2 y’all! 🙂

This review of Flux by Jeremy Robinson was originally published on May 28, 2019.

The Master Made Me Cry! In this latest book from the Modern Day Master of Science Fiction, Robinson yet again does something he has never done before – he left me in tears at the end of a tale. In yet another foray into gut punching emotional drama (while still keeping the pulse pounding science fiction that is his bread and butter), Robinson outdoes himself again in exploring just how much a man will lose in order to survive – and whether or not the man can ever revert fully to what he was before the change. Simply amazing.

This review of Alter by Jeremy Robinson was originally published on December 3, 2018.

Roswell Meets Pacific Rim. The best way I can think to describe this one is just that – here, the Modern Day Master of Science Fiction takes elements of both Roswell and Pacific Rim and spins them into a tale all his own. Yet another action packed tale that will have you on the edge of your seat throughout. Very highly recommended. 🙂

This review of The Others by Jeremy Robinson was originally published on July 16, 2018.

HOLLYWOOD MAKE THIS MOVIE NOW! Seriously, this is a kickass action movie that could probably be made on a shoestring budget. Release it even in February as a testbed, and you’re easily making a profit on this one. And potentially have a franchise, because I want to see where Robinson takes these characters next.

This review of Body Count by Jeremy Robinson was originally published on May 23, 2018.