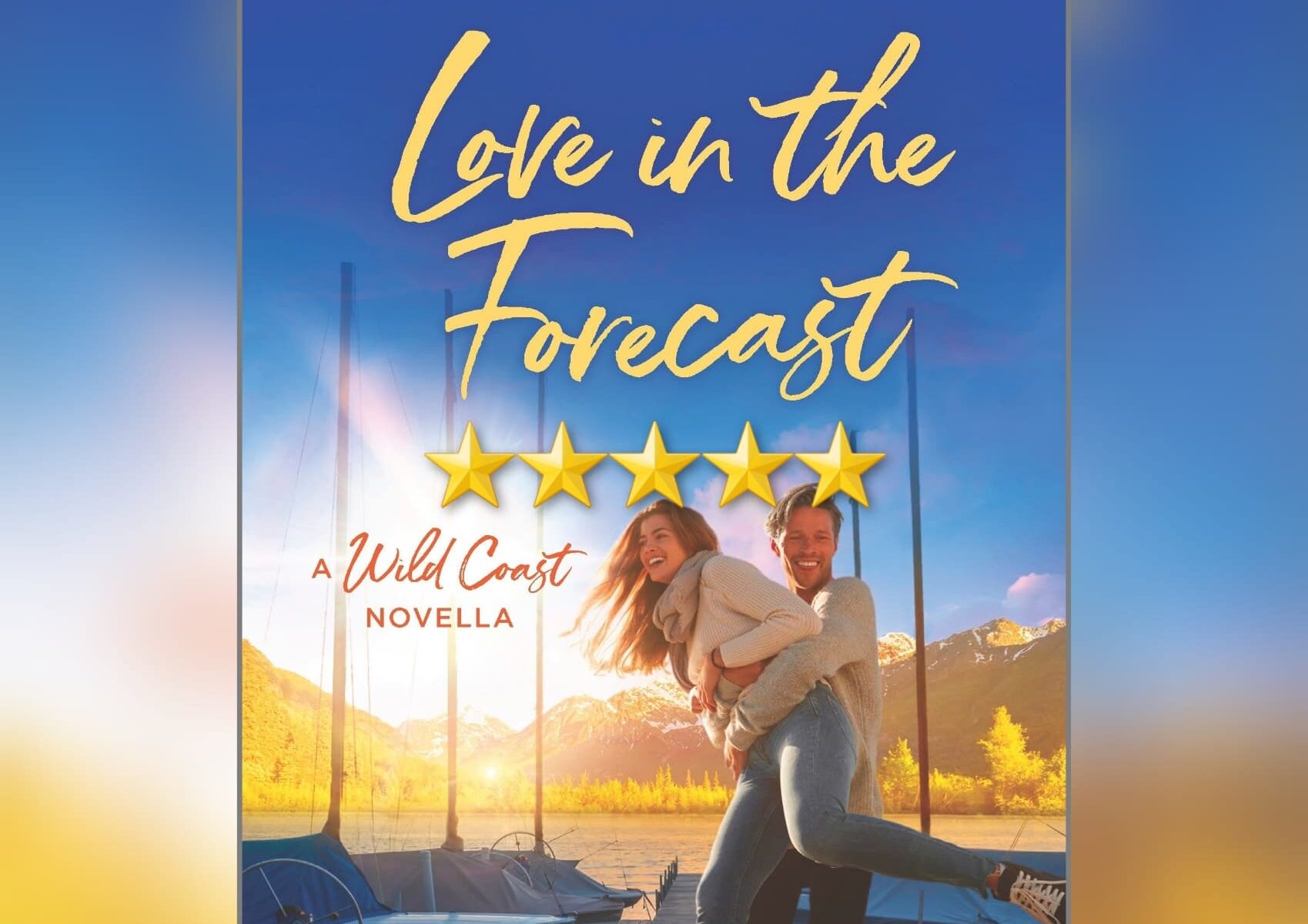 Short And Sweet Older Romance. This is a short and sweet – with a dash of danger – romance featuring two adults in the late 40s or older after their first marriages break apart for different reasons. Snow manages to show her skill in crafting a complete romance tale in under 50 pages, with the only difference between this and the 300 ish page Alaska For Christmas that it can be acquired bundled with being that in the longer text, obviously more things actually happen (on all angles). Here though, again, we *do* in fact get a solid and plausible romance, one that even the sweet/ clean crowd should be ok with – and we get it in under 50 pages, making it a solid and safe introduction to Snow and this particular series, for new readers to either. Very much recommended.

This review of Love In The Forecast by Jennifer Snow was originally written on October 16, 2022. 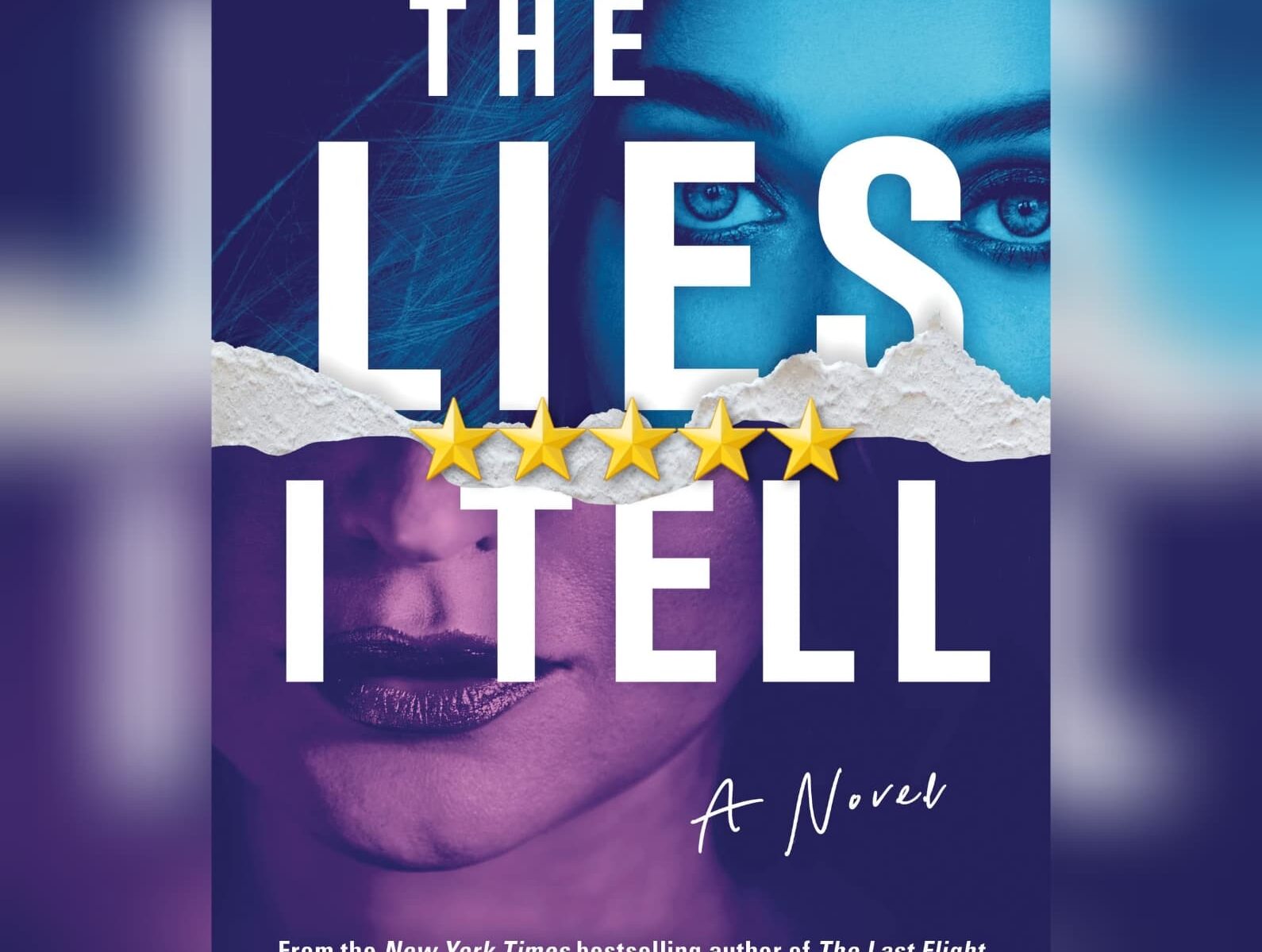 You Think You Know Me. This is a con artist/ revenge tale where if you think you know either of our main characters… well, you need to read through the end of the tale. 😉 I found it close enough to thriller territory to warrant that label, as I was constantly wanting to further uncover exactly what was going on. Despite some other reviews claiming the contrary, there actually are a few twists… though I fully admit they are more of the “no narrator is honest” type, as the text openly admits. Ultimately I had fun with this tale, and that is all I really ask of a book. Very much recommended.

This review of The Lies I Tell by Julie Clark was originally written on June 22, 2022. 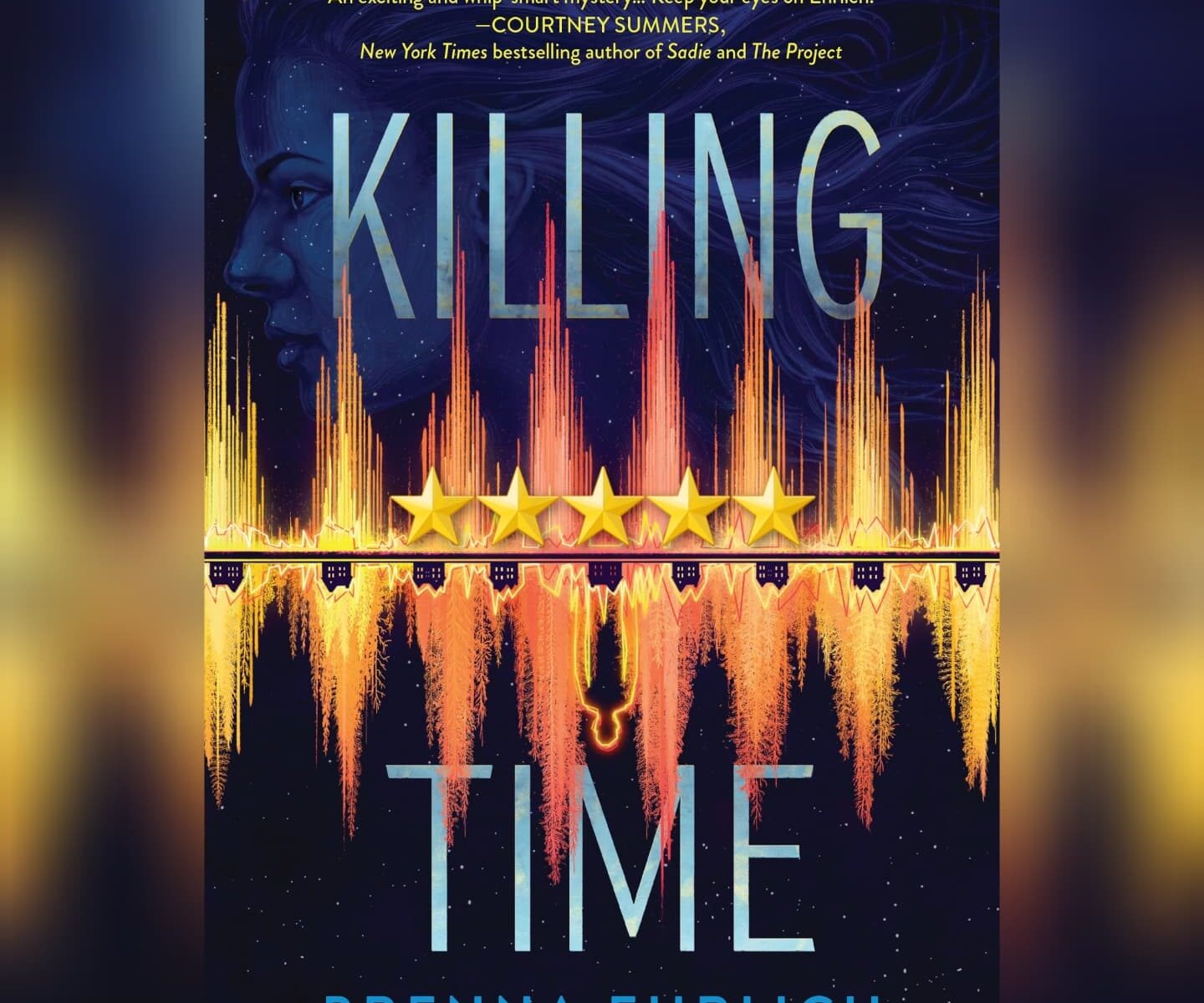 Compelling Mystery. Could Have Used A Bit Better Editing. This is one of those debuts where the author clearly shows quite a bit of promise – even if trying to wrap in as many tropes as remotely plausible within the story – yet could clearly still use some polish. The mystery (ies!) is actually quite compelling, and the reader finds themselves *wanting* to know who the murderer (s!) is. That noted, using third person to tell the stories of both timelines makes them a bit harder to distinguish – particularly without any kind of time reference at the beginning of the chapters. Very much recommended.

After the jump, an excerpt from Chapter 2 of the book followed by the “publisher details” – book description, author bio, and social media and buy links.
END_OF_DOCUMENT_TOKEN_TO_BE_REPLACED 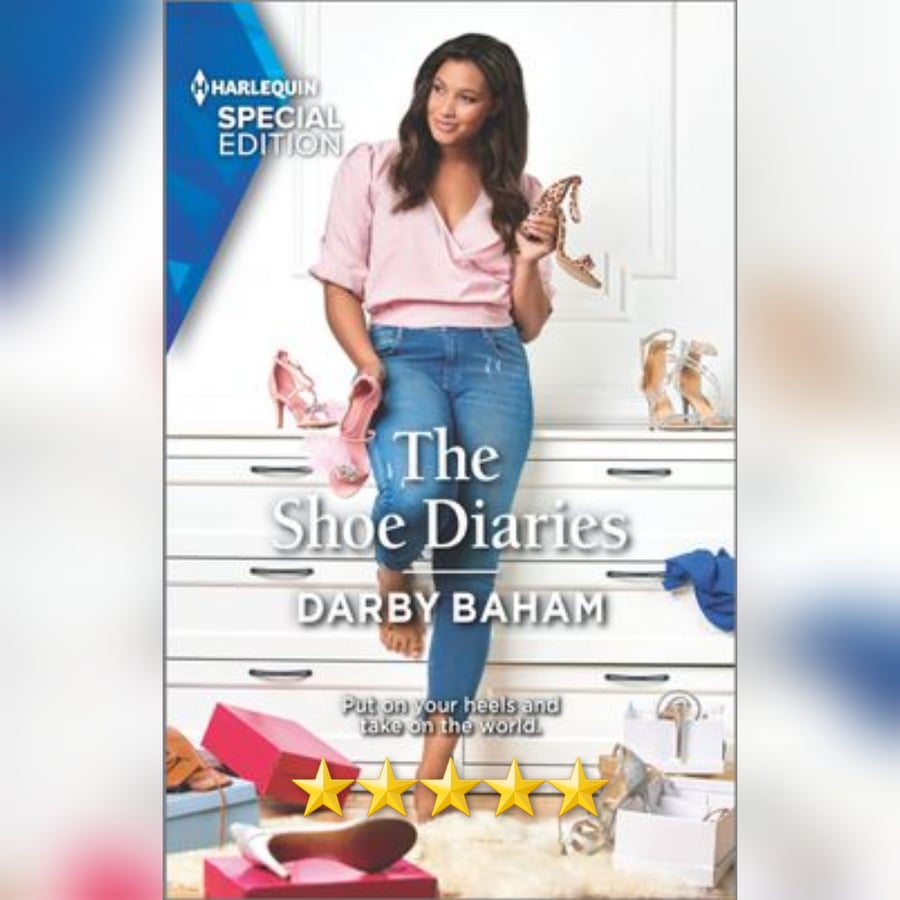 For this entry in the Twelve Days Of Romance blog tour series, we’re looking at a tale that is, at its core, essentially a Black Sex And The City. For this blot tour, we’re looking at The Shoe Diaries by debut author Darby Baham.

Essentially A Black Sex And The City. This story is essentially Sex And The City, but replacing the mostly white cast with a mostly black one and replacing the “city” in question with DC. Same shoe fetish (though possibly amplified here?), used remarkably well as a plot device in this particular case. Same big oops moment with a former flame early on, only for the book to ultimately become a second chance romance later – with an interesting interlude in between. Minor discussions of the HBCU life and the central character wanting to be much more radical as a professional journalist than the “stodgy old white men” are allowing her to be, but at least here said “old white dudes” aren’t thinly veiled racist caricatures, as so many similar novels from less talented authors have done. (The desire to be more radical is more central than the HBCU mentions, to be clear.) Overall a strong tale that will clearly play well with a couple of demographics in particular, but may not be something that will play as well in a more general audience. Still, excellent book and very much recommended.

(Also, I should note that I’ve never watched a single full episode of anything in the Sex And The City franchise and only know the *general* plot from it being in the zeitgeist so much.)

After the jump, an excerpt followed by the “publisher details” – book description, author bio, and social media and buy links.
END_OF_DOCUMENT_TOKEN_TO_BE_REPLACED

Solid Discussion Of Sometimes Obscure History. Full disclosure up front: As a former political blogger who was an organizer of one of the Tea Party events (before the professionals got involved) and as both a Party Official (for the Libertarian Party, at both local and State levels) and Candidate (for City Council in a town encompassing an area just four square miles), I actively participated in some of the history Potter discusses here. Though quite a bit of it was before I was born – she begins her discussion in the 1950s, before even my parents were born, and I would come along during Ronald Reagan’s first term as US President but not become truly politically active until November 5, 2008.

But even as someone with the aforementioned background, even as someone who once had a very high level of behind the scenes access within at least State level politics of at least one State, this truly seems like a comprehensive and accurate history of how we got to where we now find ourselves as Americans relating to politics through media. Potter has done a remarkable job of showing how various movements and moments played on and into each other, building on and around prior and contemporary techniques to go from a dude in his garage just trying to present news the Big 3 weren’t to the modern era of ubiquitous cameras and Deep Fake technology. Though actual Deep Fake tech is one area Potter doesn’t *truly* get into, likely as it hasn’t been shown to be actually active in political circles in the US. Yet. Truly an excellent work, and anyone who is interested in why we are as fractured as we are as a populace would do well to read this to at least know how we got here from an alternative media side. If you’re discussing regulation of social media or complaining about the vitriol far too many online discussions turn to, read here to find out how we got to this point – and a couple of passing ideas on how we can do a little better. Very much recommended.

This review of Political Junkies by Claire Bond Potter was originally written on July 4, 2020. 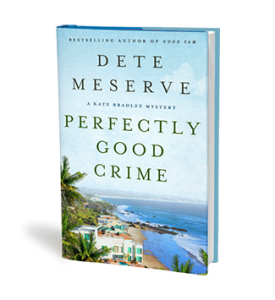 This week we look at a book chat continues to build its world while using a legendary tale in a modern setting to ask questions about the modern world. This week, we’re looking at Perfectly Good Crime by Dete Meserve.

It is difficult to speak about this book without spoilers, particularly since the biggest thing that resonated with me was the biggest spoiler of the entire book. But I’m not going to do that. I try to avoid spoilers as much as possible on this site, and I’m not going to start spoiling books now. So all I’ll say about what I really want to talk about is that there is a singular book I’ve read more than twice in my eReader exclusive era of the past 7 yrs or so. I love this particular book and what it stands for so much that I literally have a version of the heading of one of the parts of this book tattooed on my left wrist. And this particular book’s take on the spoiler subject of Perfectly Good Crime is pretty well diametrically opposed to the presentation Ms. Meserve gives the topic. Which is not to say that her presentation isn’t stellar, it is. And if you subscribe to the dominant beliefs of our era, Ms. Meserve actually presents this topic in a very balanced fashion and brings out some very interesting points about it in the process. But my own feelings there are simply… atypical may be a gentle way of putting it. 😉

All of that said, this is a great crime/ reporter mystery that continues with solid world building and tells an excellent tale of a reporter struggling to find just what she wants for herself. The personal aspects of Kate Bradshaw’s life are interwoven with the professional in a very satisfying manner and continue to show local journalists even in large markets such as LA as the true professionals yet also “normal people” they are. Truly an excellent work, and I look forward to more from this author and this series.

As always, we end with the Goodreads/ Amazon review:
END_OF_DOCUMENT_TOKEN_TO_BE_REPLACED