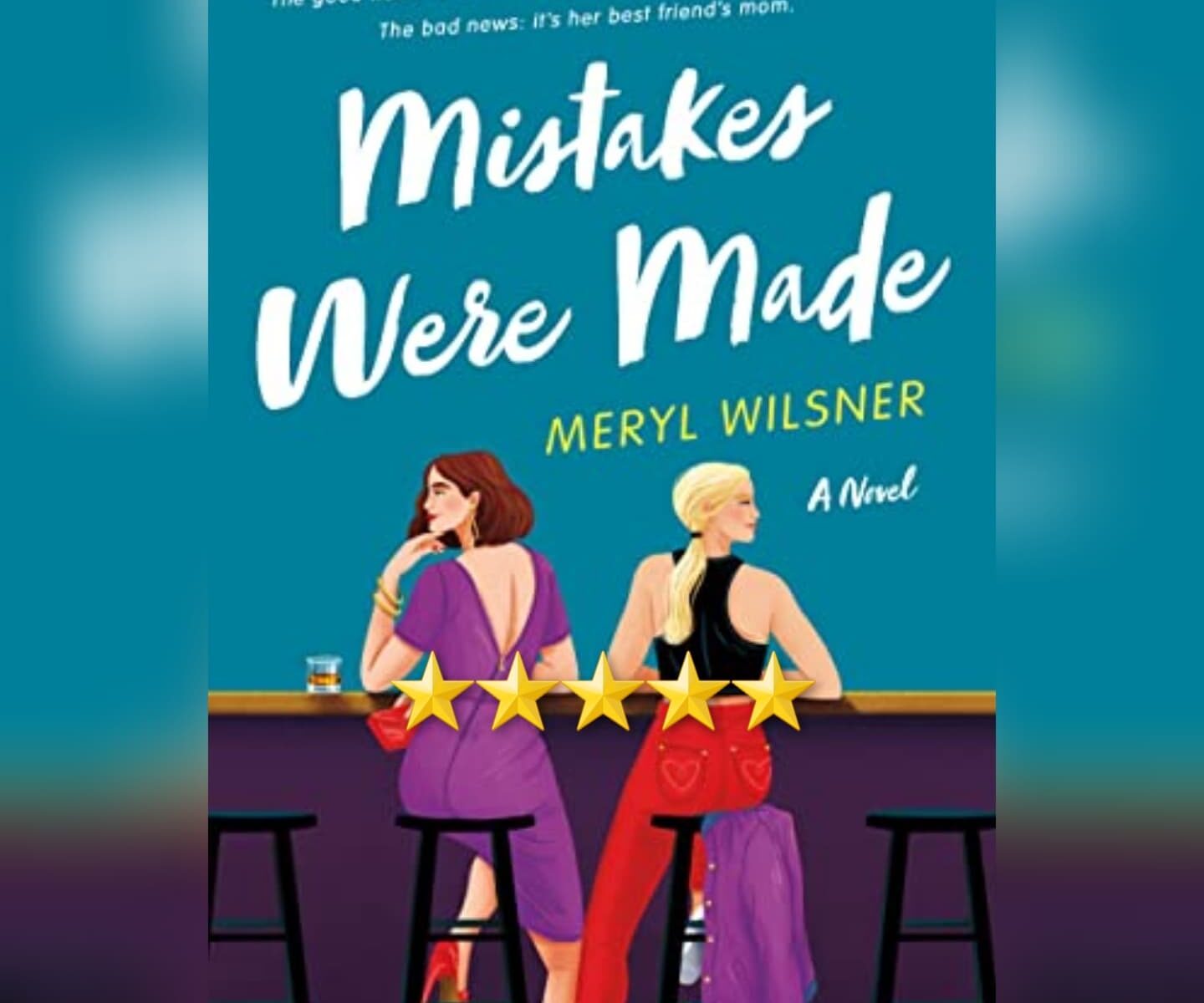 For anyone else that is still here… this is a somewhat slow ish angsty romcom, but the resolution comes perhaps a bit too quickly once it finally gets to that point. Still, there actually is a decent amount of drama here, and a seemingly realistic (enough) portrayal of people actually in these types of situations. The comedy part of the “romcom” label is mostly in the initial few scenes between the leading couple, but there are laughs to be had throughout the book and the romance itself picks up when the comedy wanes, so it works. Really the only quibble for those still here is the flash-forward epilogue, which is one of those things your mileage may vary on but which does add a bit of humor to the tail end of the tale.

Overall this was a solid tale well told, and the characters themselves are rare enough that anyone seeking “something different” will find this quite refreshing indeed. Very much recommended.

*Note: While the characterization of the leading couple is *actually* bisexual, according to the text here, and one has even been married and had a kid (and the other had a boyfriend before the events of the book), the only romantic/ sexual relationships actually in the book are all of the sapphic nature, and thus for actual purposes of review would be considered lesbian in at least some circles.

This review of Mistakes Were Made by Meryl Wilsner was originally written on October 8, 2022. 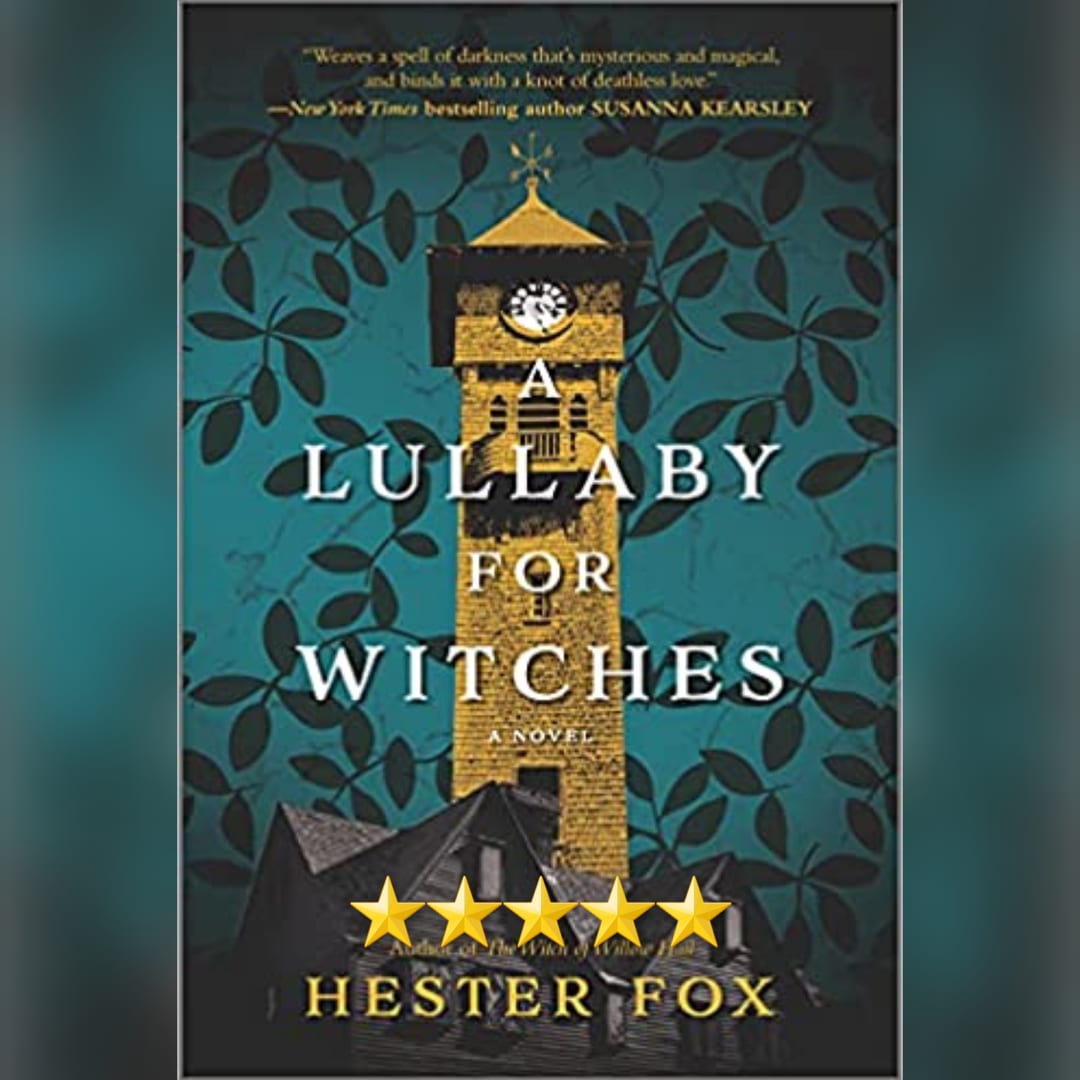 Gothic. Witchy. Near Perfect Blend Of Historical And Modern. This is one of those witch tales that blends the modern and the historical particularly well – in this case, via a ghost witch. We see her travails in her own mortal time in the middle of the 19th century… and we also get a remarkable view of the life of a museum worker in 21st century New England as well. How these two blend – and why – is what makes this book so remarkable. Fans of Nick Winters’ Hollywood Scent will particularly love this, as both books share a particularly creepy finale mechanism (and indeed have similar *general* arcs blending historical and current). Overall a great creepy witch tale, perfect for cold gray days by a campfire. Very much recommended.

After the jump, an excerpt from the book followed by the “publisher details” – book description, author bio, and social and buy links.
END_OF_DOCUMENT_TOKEN_TO_BE_REPLACED 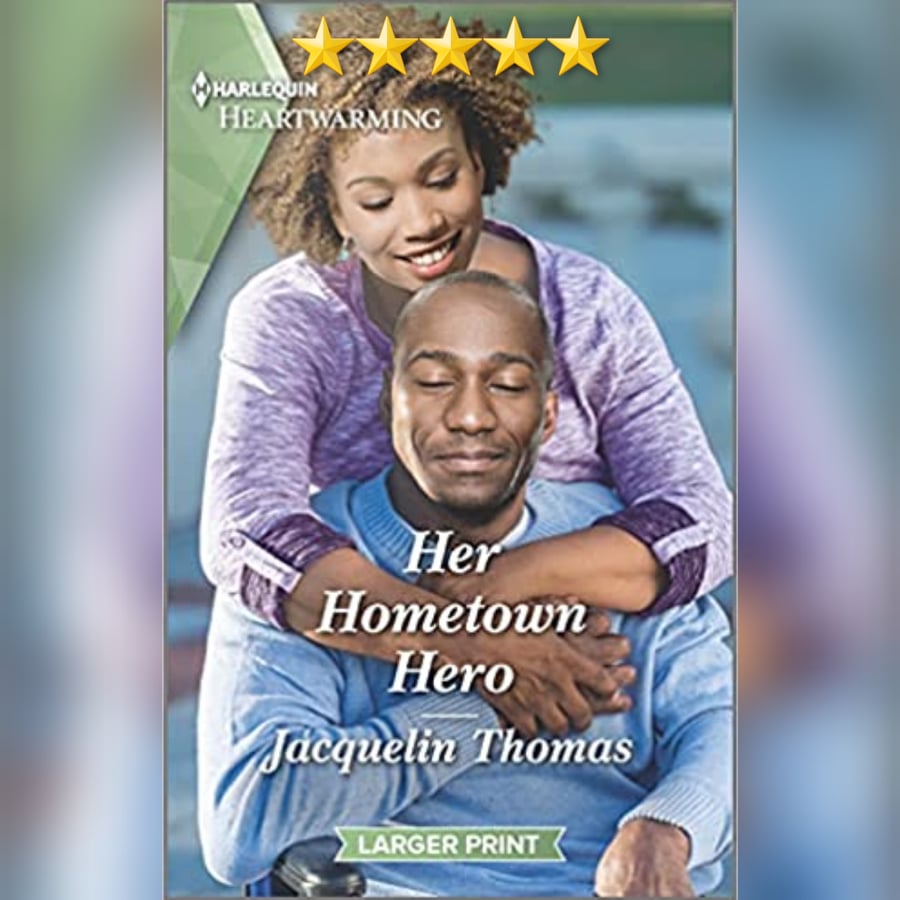 For this next entry in the Twelve Days of Romance blog tour series we’re looking at a romance tale that still provides a solidly realistic look at the lives of combat veterans – and specifically, Marines – as they come back from our modern wars broken in more ways than one. For this blog tour, we’re looking at Her Hometown Hero by Jacquelin Thomas.

Solidly Realistic Jarhead Romance. This is a very grounded, very realistic romance novel featuring two 30s ish adults who grew up together before traveling different paths in their 20s, only to wind up back in their hometown. Both backstories are very grounded with the issues they portray (even as the author combines the location name of the Carolina Panthers with the team name of the New England Patriots to create her in-world NFL team 😉 ), and the author treats both tragic backstories with the respect and care they are due. And manages to create a much more realistic romance novel because of it. This one is more for the clean/ sweet crowd, though there are a couple of things here that may have at least some in that crowd “needing the vapors” (including the female lead staying overnight at the male lead’s house – though sleeping in separate bedrooms, in keeping with the “clean” mandate). Excellent story of finding romance even after major loss and tragedy, and very much recommended.

After the jump, an excerpt from the book followed by the “publisher details” – book description, author bio, and social media and buy links.
END_OF_DOCUMENT_TOKEN_TO_BE_REPLACED 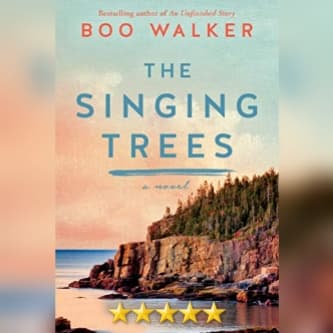 Boo Walker Just Has A Way With Words. That’s really all there is to this one. The story is emotional yet also one told in so very many ways by so very many people. The story of the late 60s and mostly early 70s (with prologue and epilogue in 2019, and penultimate chapter later in the 70s), of a pair of star crossed lovers in that perilous time, of loving someone yet having goals of your own. Walker walks into this well-worn area and even era, and owns it in a way I’ve only seen *one* other book do in all of my vast and diverse reading – Laurie Breton’s Coming Home. That book was an absolute gut punch that left you absolutely devastated for days. Walker’s is one that will slap you in your face several times, feint to the groin, and then land a hay maker right in your solar plexus at the end, right when you thought you were already completely spent. Truly a beautiful story, superbly crafted. Very much recommended. 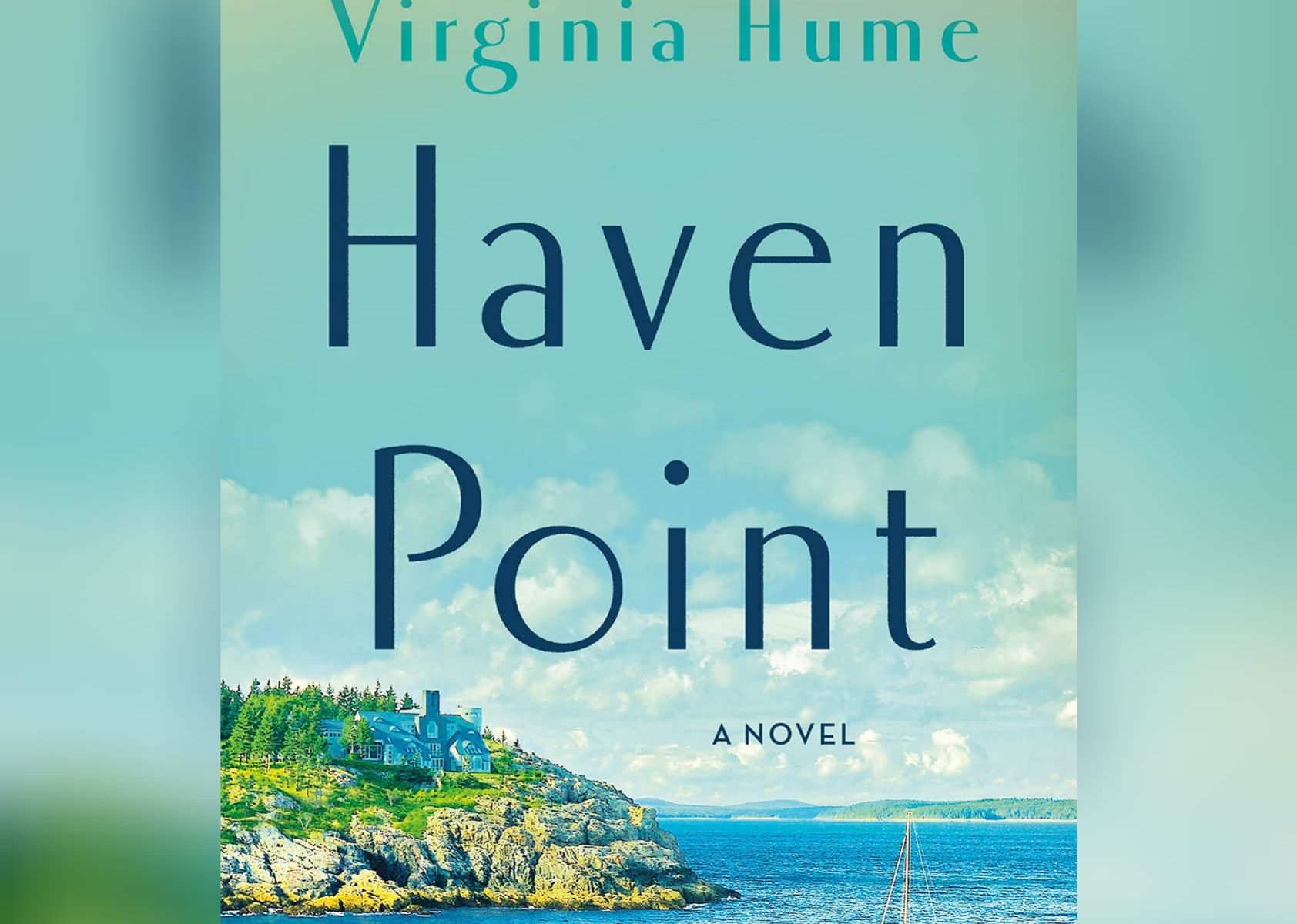 Excellent Debut. First off, I have to thank a very particular PR person at St Martin’s – they know who they are, I’m not going to publicly name them in this review. I had requested this book on NetGalley around the time I first saw it there, and after several weeks languishing in my “Pending Requests” queue there, I finally contacted a contact at SMP I’ve worked with on various other ARCs and Blog Tours in the past, and that person was able to approve my request for this book, and viola. I’m reading it. 😀 So while I normally don’t even mention this level of activity in reviews, this effort was unusual and therefore it deserves this unusual step of thanking the person involved directly in the review.

Having told (vaguely) the story of how I obtained this ARC, let me now note what I actually thought about the book, shall I? 😀

As I said in the title, this really was an excellent debut. There are a lot of various plot threads weaving themselves in and out of focus over the course of 60 or so years, and anyone of a few particular generations, particularly those from small towns, will be able to identify readily with many of these threads. In 2008, we get a grandmother waiting to reveal some secrets to her twentysomething/ thirtysomething grand daughter – this actually opens the book. Then we get both the grandmother’s life story – up to a particular pivotal summer – interspersed with the granddaughter’s life story – mostly focused on two summers in particular, but with some updates in between. The jumps in time are sequential, but not always evenly spaced, so for example we start the grandmother’s tale during WWII when she is serving as a nurse and is courted – in the rushed manner of the era – by a charming doctor. When we come back to her tale after spending some time in the granddaughter’s life, we may be days later or we may be years later, depending on how deep in the story we are at this point. Similarly, when we leave the granddaughter in 1994, we may come back to later that summer or we may come back to 1999. (Or even, more commonly for the granddaughter’s tale, back to 2008.) 2008 serves as “now”, and the histories of the two women remain sequential throughout the tale. The editing, at the beginning of the chapter, always makes clear where we are in the timeline, and yet this style of storytelling *can* be jarring for some. So just be aware of this going in.

But as a tale of generational ideas, aspirations, and difficulties… this tale completely works on so very many levels. Perhaps because I find myself of a similar age as the granddaughter, and thus much of what she lives, I’ve also lived – particularly as it relates to a small town home town and its divisions.

And, for me, Hume actually has a line near the end of the tale (beyond the 90% mark) that truly struck a chord: “Haven Point has its flaws, of course it does. But while it might not be the magic that some pretend, there was never really the rot she claimed either.” Perhaps the same could be said of my own “small town” (it now has a population north of 100K) home town.

Ultimately, this was a phenomenal work that many will identify with but some may struggle with. I will dare compare it to The Great Gatsby in that regard and in this one: keep with the struggle. It is worth it. Very much recommended.

This review of Haven Point by Virginia Hume was originally written on June 5, 2021.