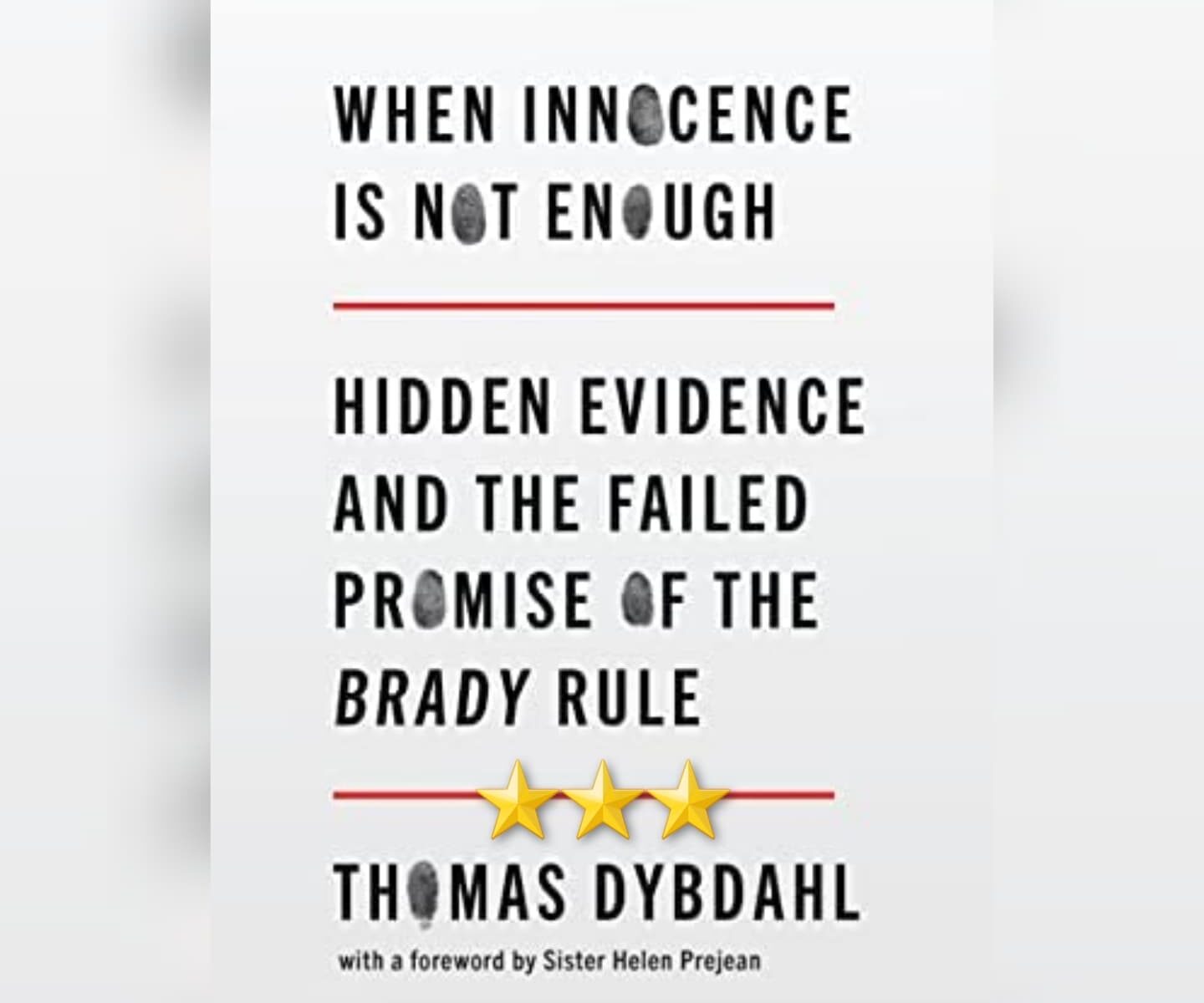 Compelling Arguments Need Better Documentation. This is another of those nonfiction tales that uses a singular case as its overall narrative structure, but also looks to several other cases and events related to the overall thesis of the text. The overarching case is a brutal murder out of 1980s Washington DC where several black kids where wrongfully convicted of a murder they could not have committed, and where police and prosecutors withheld exculpatory evidence that resulted in these kids spending decades behind bars. Dybdahl then expands out to show that while this case was particularly egregious, it is also far from uncommon. Indeed, it is almost banal in just how common the abuses at hand truly are, causing one (later disgraced for unrelated reasons) judge to even call it an “epidemic” within the last decade prior to publication of this book!

The problems here are related yet distinct enough to my mind to warrant a two star deduction. The first star is lost due to the small bibliography, something that could potentially be corrected prior to actual publication of this book roughly three months after I sit to write this review of this advanced reader copy. Coming in at just about 15% of the overall text, this is short of the 20% – 33% that is more normal for works such as this one, and well short of the 40% – 50% that I *prefer* to see in such texts.

The second star is lost specifically because the claims herein are not as well documented as they need to be to make these points something that opponents cannot simply dismiss.

Make no mistake – I actually have been following this general issue (though not the specific cases at hand) for quite some time and nearly completely agree with the author’s points and recommendations. But as the author points out often, there is quite considerable opposition to these ideas in the minds and actions of the very people who could most correct these injustices – and the only way to really be able to attempt to convince such opposition of our correctness is to more fully document our case. Thus, I always appreciate books such as this one – I simply need it to be much more documented. Still, for the ideas it presents and how it actually presents them, this is still a book that needs to be read by every American. Thus, it is very much recommended.

This review of When Innocence Is Not Enough by Thomas L. Dybdahl was originally written on October 21, 2022.