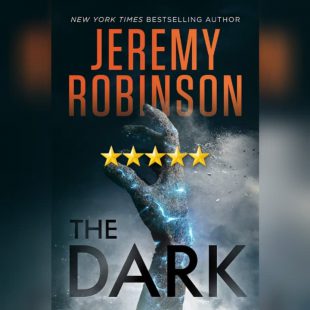 The Master Turns To Horror. With this book, Jeremy Robinson – The Modern Day Master of Science Fiction – again attempts a horror book… before bringing it back to the scifi action that is his bread and butter. He first establishes a loveable galoof of an anti-hero: an Army veteran who has PTSD from his experiences in Afghanistan who can’t quite fit in with his suburban civilian “normal” life. Then, he begins building in the mystery and the horror, slowly ramping it up to truly horrific levels across several different types of horror, finally culminating in a truly utterly horrific sequence that, arguably, hard core fans of Mass Effect who are familiar with Mass Effect 2 in particular may be at least somewhat jaded to. And then, the actual scifi action conclusion – almost as though Robinson has made us see hell, and now wants to leave us on a more interesting/ happier note. Long time fans of Robinson may see at least a few similarities to his 2010 “Sinners In The Hands Of An Angry God” retelling, TORMENT, though for me that particular book was so horrific *because* it was essentially a modern day version of that famous sermon (which was, in itself, essentially a then-modern retelling of Dante’s Inferno). For those like me who literally had nightmares for *years* after reading that book, I can tell you that this one isn’t anywhere near that bad – at least not in the same ways. It truly is utterly horrific in a couple of sequences in particular, and these new horrors may indeed haunt your nightmares for quite some time. But dammit, that is what makes Robinson the Master. 😉 Very much recommended.