Liberal (Maybe Even Post-Christian?) Baptist Faith And Message. The Southern Baptist Convention‘s Baptist Faith and Message is the doctrinal screed for the group, listing various points of beliefs with proof-texted “reference verses” claiming to provide “evidence” that this belief is grounded in their view of the Bible. As someone who was a Southern Baptist for the first couple decades of my life, it is a document I’m pretty familiar with. Here, Gushee effectively recreates it for the more anti-white-male crowd, arguing (correctly) against prosperity theology while openly embracing humanist and liberation theology. Ultimately, he makes enough solid points to be worthy of discussion, but due to the constant proof-texting (a flaw in many similar works, and one that in my own personal war against is an automatic one star deduction in my reviews) and near-constant near straw man level attacks against more conservative theologies is to be read with a healthy amount of skepticism. That noted, as I generally try to do with such texts, I’m trying to be a bit balanced here. A much more conservative reader will probably find much more to attack in this text, and a much more liberal reader will probably find much more to love. Overall a solid work of its type, and recommended for any interested in such discussions.

This review of After Evangelicalism by David P. Gushee was originally written on August 13, 2020. 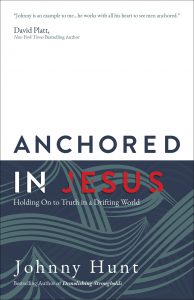