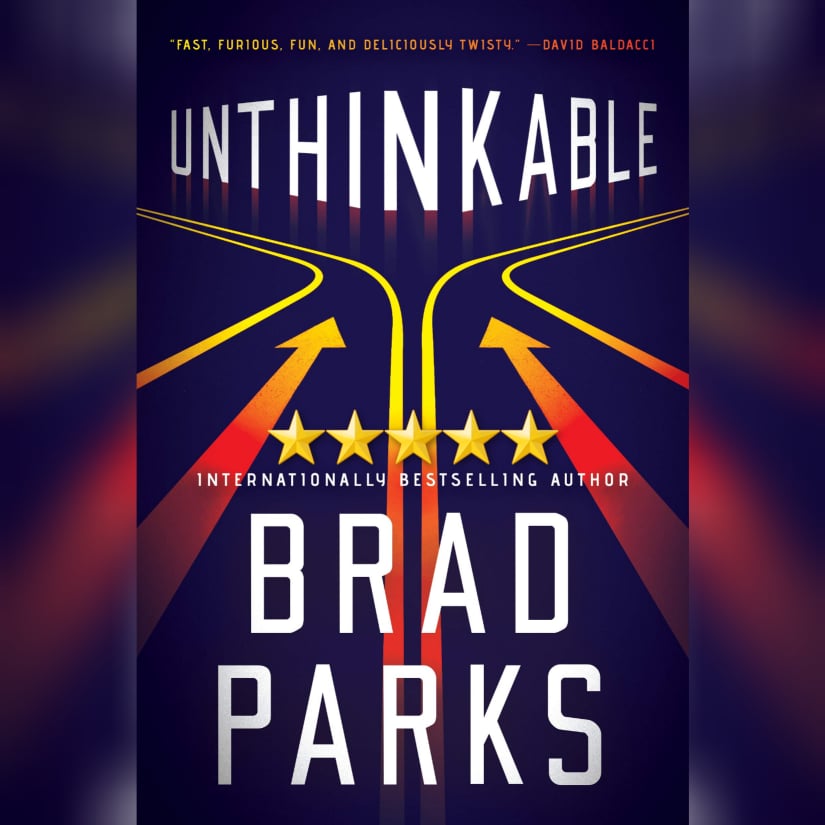 DOES ANYONE KNOW WHO MARCUS SAKEY IS??? Ok, so this was a fun rib at a fellow author that Parks tossed into this book, and if you’re in the know, it was genuinely hilarious. I don’t know if Parks and Sakey know each other or have any kind of relationship at all, but it was hilarious regardless. And great levity in an otherwise pretty heavy tale that asks the classic trolley problem in a much more personal and yet global context: If you knew that one singular person was going to be the thing that ultimately tips global warming beyond repair and that billions of lives would thus be lost, could you kill that person? What if that person was your wife? Through the first 2/3 of this book, this is the primary driver and raises a lot of thought provoking questions, as Sakey’s own books tend to do. The back third goes more to direct action tale (as the back parts of Sakey’s own books tend to do), but the interesting connection here given the ribbing is that there are elements that *could* tie this tale to Sakey’s own Brilliance Saga. Whether this was the intent, this reader has no clue. But again, an interesting thought experiment. Ultimately this is a fun mystery/ action tale that mostly sticks to the realistic – even the exact scenario of the finality of global warming is plausible given the facts recorded in After Cooling by Eric Dean Wilson, which releases just weeks before this book itself does. If you’re looking for *purely* mindless action, eh, there are other books better suited to that. If you like “action with a brain”… this is going to be *exactly* what you’re looking for. Very much recommended.

This review of Unthinkable by Brad Parks was originally written on June 30, 2021.