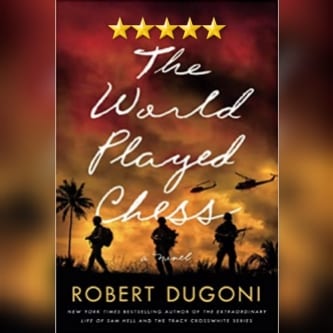 Multi-Generational Coming Of Age. This is an interesting review to write, particularly for a man, as Dugoni explicitly notes in his author notes at the end of this book that he sought to write a book about that transition period where the world expects a boy to suddenly become a man. Thus, any man’s thoughts on the book will likely be tangled with his own memories of that period in his own life, and mine are no different – for me, it was the summer I graduated HS… that ended with the Sept 11 attacks.

But the story Dugoni plays out here is with generations before and after my own, with the earlier Boomers – those old enough to fight in Vietnam in the late 60s-, Gen-X – Vincent here, and Dugoni in real life, graduated HS the summer after my own parents did -, and Gen-Z – the son here is in college just a couple of years ago as when the book is published in Sept 2021. And he captures each period and their own idiosyncracies well, despite using only really a couple of perspectives – an 18yo soldier in Vietnam, mostly told through letters and other remembrances, and an 18yo construction worker in 1979 who is also the parent in the 2010s era.

Still, the raw emotions and the conflicts and turmoils Dugoni captures here are visceral. The hits land like haymakers, and there isn’t really any levity to be found. Yet even throughout, this is a story of hope, of the idea that no matter the struggles you’re facing in your immediate world, things *will* get better. And it is this hope that is also so prevalent throughout the text and provides the gravitas that allows the haymakers to hit as hard as they do without the story becoming too depressing.

Truly a remarkable work, and very much recommended.

This review of The World Played Chess by Robert Dugoni was originally written on August 10, 2021.