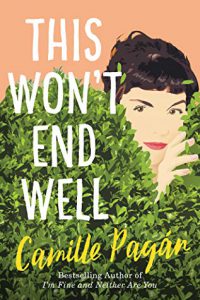 … But It Actually Does. Pagan once again creates a great story of a woman finding herself through a difficult and unexpected situation. In this particular scenario, it happens to involve a situation I’ve lived a version of, as a science professional leaving a job unexpectedly and forced to pick up seemingly menial work. Mostly light hearted with just enough punch to make things interesting, this is one that long time fans will love and new readers will quickly become fans. Very much recommended.