Today is World Autism Awareness Day, and this book blogger is Autistic… and a publisher of an Autistic author that writes about Autistic characters. 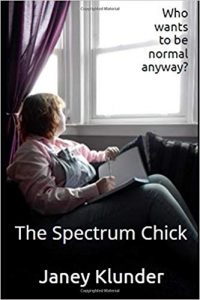 First up is the first book I ever really saw that featured Autistic characters well. This is The Spectrum Chick and The Spectrum Chick II by Janey Klunder, and these are two of the books I have published myself via KDP. That said, I have no direct stake in their success – I’ve never made a penny from them and I never will. These books begin with the day a young twenty something Scottish lass first hears the word “Asperger’s” and follow her throughout the next few years of her life as she learns that a word just gives you an easier way to communicate something that has always been a part of you. Janey happens to be Autistic herself and shows the perspective of female Autistics well. 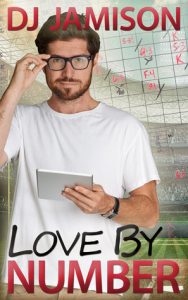 The next book was my introduction to a new author I’ve since come to enjoy – DJ Jamison’s Love by Number. This was a book where an overprotected Autistic young man finds love after a car crash in the parking lot at the ball park, and it portrayed the hyper focus we can get in particular very well – for its strengths and weaknesses. DJ is a mom of an Autistic, and far more open to our struggled and victories than many “Autism parents”. 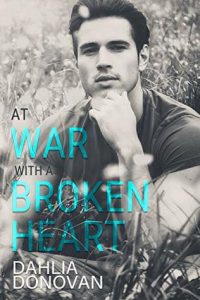 Finally, I want to highlight At War with a Broken Heart by Dahlia Donovan. This is another gay romance, though this one happens to be a polyamorous gay romance to boot. I read an ARC of this particular book back in February, and its depiction of its Autistic main character (and even his brother, who is also Autistic but mostly off screen) was so spot on that I almost knew the author had to be either Autistic herself or have a very close family member that was Autistic (ala DJ, above). As it turns out, Dahlia too is Autistic.

Honorable Mentions to the following books for at least featuring Autistic characters in a positive way, even though the authors have no direct connection to an Autistic that I am aware of:

Brilliance by Marcus Sakey, which features people with superpowers – and these superpowers are all based on their Autistic traits, in a “next level of evolution” kind of set up. The entire trilogy is simply excellent.

The Eye of God by James Rollins is fairly deep into his Sigma Force series, but features a group of Autistic kids as a driving narrative – again in almost a “next level of evolution” kind of way.

I’m sure there are many more books that portray my people in a positive or at least real light. Feel free to name them in the comments. I’ll probably wind up adding them to my own TBR. 🙂