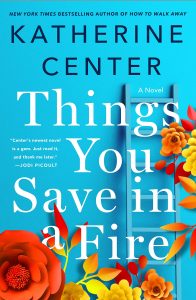 Standing Outside the Fire. Wow. This tale about a female firefighter’s struggles both personally and professionally was simply amazing. Told almost in memoir format, the tale picks up when our narrator is at an awards gala to receive the highest honor her Department has to offer. When things go a bit awry, she heads thousands of miles away to help her sick mother and hide. Little does she know that in the process of doing both, she will find things are more complicated than she ever dared imagine – and find strength even she never knew she had. Firefighters try to stay outside of fires unless necessary, and tend not to stay in them longer than absolutely necessary to do the job. But this tale gives new life to the old Garth Brooks song, in all the best ways. Again, simply amazing.