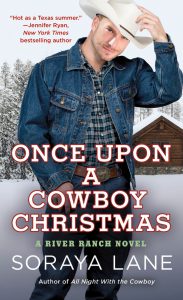 The book itself is, as I titled the Goodreads review below, a “solid romance”. It hits billionaire, cowboy, and second chance tropes all in one book, which is a feat unto itself at times. And it works well as an entry point into the series, even though it is Book 3.

But really what I want to talk about here is that dichotomy between the genres Lane writes in and how brave – and skillful – she is for doing so. Some authors may shy away from risking splitting their fan base or not wanting to take the effort to grow a “second” fan base, and let’s face it, far too many readers will absolutely refuse to read outside of a given genre. I’ve spoken with those types online numerous times, and honestly I just don’t get them. A good story is a good story, no matter the genre or language or anything else. And Lane has conclusively proven to me that she can give me a good story in at least two different genres – so I for one would *love* to see her try even more. 😀

I absolutely love when authors are willing to take risks, whether that means staying within one genre but doing nearly every subgenre possible within it, ala the “Modern Day Master of Science Fiction” Jeremy Robinson or pushing the bounds of their given genre ala Laura Heffernan’s Gamer Girl series or outright writing in multiple genres as Lane does. And I genuinely wish more authors had the balls to do it and more readers had the balls to follow authors they know can give them good stories no matter where that author decides to push themselves. Everyone involved in publishing, from the authors through the publishers through the sellers and all the way to the readers themselves would be stronger for it if authors would challenge themselves in this way. I get playing it safe and the reasons there, and let’s face it, there is arguably a steadier income stream from the author/ publisher side when authors choose to go that route. But, well, I’m a guy that has always lived by the words of Garth Brooks’s Standing Outside the Fire: “Life is not tried it is merely survived if you’re standing outside the fire.”

Solid Romance. I came into this when I saw that Lane had another new book publishing, not realizing that it was book 3 in a series… and not caring that it was romance, rather than the historical fiction work I had previously known her from. Having come from her historical fiction work, I can tell you that she is equally adept in either world, with the overall writing equally superb while remaining within the “lines” of the various genres. Having read quite a few romances from other authors over the years, I can tell you that I’d easily stack this one up with any of them – if you like the romance genre generally, you’re probably going to enjoy this one. And having come into it without having read the prior two books, I can tell you that this is one of those series that is only loosely-ish coupled, following several siblings as they find love. Because of that, it can indeed work as an entry point in the series – and you’re most likely going to be drawn in enough to want to read them. Very much recommended.