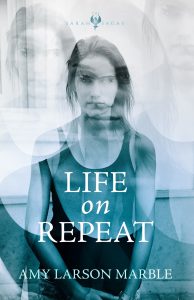 Admittedly, I haven’t read or seen too many takes on this particular trope – repeated entire lives, vs singular events or days or such – but of what I’ve seen, this effort actually presents a very intriguing version of it. I don’t want to give too much away, so I’ll just stick to what is in the synopsis: In this particular take, our lead character lives a full life, dies, and is born again as another person with the same name. And at some point… she remembers.

Overall there were just two issues with the book, neither one of which by themselves were enough to justify dinging a star, but the combined effect warranted it. The first issue was pacing, particularly early in the book. By the time we’re two chapters or so into the book… we’re nearly 20% in, in a book that has 30+ chapters. After this point, the chapters largely go to a shorter style that they maintain through the end of the book. The second issue was the nature of the ending. It is indeed a cliffhanger, and it is such that it is unclear at this time if it really resolved the issues of this book while setting up many more adventures to come… or if this was a case of one tale being split into two halves, which is a practice I utterly despise. But since it isn’t yet clear which of those this will ultimately be, this was not quite enough to trigger my automatic removal of a star for such situations. Combined with the pacing issues from the front of the book, I felt it was fair though.

Overall this truly was an excellent book, and I’m very much looking forward to seeing where this goes. Very much recommended.

Remarkable Debut. This is an intriguing take on the repeated lives/ reincarnation trope that takes a spin I hadn’t seen before, and is thus all the more interesting. Great read and great back story that could indeed set the author up as long as she wants to take this, ultimately I had to dock it a star for two reasons: First, the pacing is a bit spotty – by the time you’re into Chapter 3, you’re already 20% into a book with 30 chapters or so. Second, the cliffhanger ending. While I would normally give an author a chance to see what the next book brings before docking due to splitting one story into two books via a cliffhanger, it was both of these factors in combination that led to the drop and not one or the other, which individually I likely could not have justified. Very much recommended.