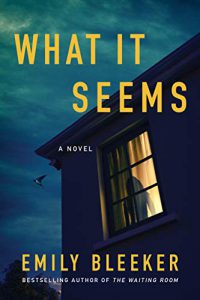 Experimental Excellence. With this book, Bleeker does something she’s never done before – writes a tale in first person. And for this particular tale, that was likely the only way to make this story as good as it is. This story involves some pretty heavy abuse, but that actually drives the reader to want to find some resolution… and drove me to complete the 304 page book in less than 12 hrs, which is a rarity even for me. An excellent take on the not-what-it-seems side of a popular cultural phenomenon, while also an excellent tale of survival and what a person will do just to get to the next day. Truly great work from an author I’ve been following since her debut a few years ago now. Very much recommended.