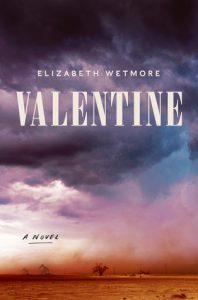 This book starts in the aftermath of a brutal rape of a 14yo Mexican girl outside Odessa, Texas… and never really gets any lighter than that. So if you’re looking for a light, breezy read… this isn’t going to be something you want right now.

Instead, this book offers the perspectives of several different women in Odessa over the next several months – the victim, the first woman she stumbles across when looking for help, a young girl, and an elderly former teacher form the backbone of the story, with a few dalliances with a yuppie soccer mom (before that was actually a term), the young girl’s mother, and another high school dropout young mother. Combined, the perspectives do a great job of giving the overall picture of West Texas in the era – through female eyes, at least. Yet as some forshadowing in the middle of the book indicates, there are no real winners here – part of the reason I say this book never really gets any lighter.

Overall a great effort from any writer, debut or not, and while I hope this author provides some hint of light in her next book… I am indeed interested to see what she does next. Very much recommended.

To Say Goodbye. This was an interesting story that starts out in the aftermath of a brutal rape… and never really gets any lighter. A dark look at West Texas in the oil boom of the late 70s, this is one of those tales where you’re looking from several different perspectives – each chapter is labeled not by number, but from the view it is focusing on – to get a view into a large swath of the bigger picture through individuals’ thoughts. The ending gets a bit wonky, with one perspective in particular thrown in for seemingly no real reason (though it does give a bit of a coda to one particular plot point, but spends far too much time doing things other than this), but the final few lines are an appropriate ending, and honestly better than some of the foreboding foreshadowing that preceded it. Very much recommended.