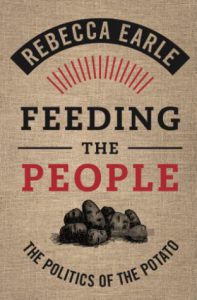 This is one of the more novel histories I’ve ever read, whose central point is looking at the Andean Potato as at least a sign, if not a driver at times, of world history through the last several centuries since it was brought to Europe and popularized there post-Columbus. Structurally, it divides its chapters between various ages – Enlightenment, Scientific, Globalization, etc – and examines how potatoes were playing a role in world history during those ages. And it makes some very interesting cases that I personally had never considered, but which largely make sense.

Truly the most remarkable thing about the book though is just how well documented it is – literally 42% of the edition I read was bibliography and index. Considering that more normal documentation rates for even books I generally consider to be well documented are closer to 25-30%, this is exceptional indeed.

For its completeness, its documentation, and yes, its novelty, this is absolutely a very much recommended book.

Remarkably Well Researched. This is a history likely unlike any you’ve ever read – a look at the changing philosophies of government as they relate to the rise and fall of the potato. This is certainly one of the more novel histories I’ve read, and perhaps because of the author being aware of such novelty and the criticism it can often engender, is also the singular most well documented book I’ve ever read – literally 42% of the edition I read was bibliography and index. (More normal in my experience is closer to 25-30% even on the more complete side.) Certainly a very interesting approach, filled with various bits of history I had not known and/ or considered in such detail. Very much recommended.