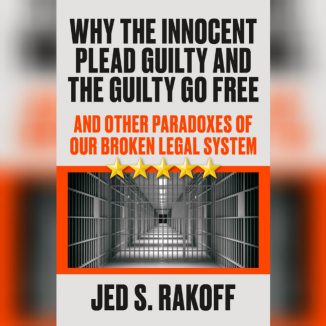 Excellent Examination Of US Judicial System. This is an excellent examination of the US Judicial system, from a former US District Court judge. Indeed, the *singular* outright flaw in the ARC copy I read was its lack of bibliography and citations, which I expect will be corrected in the published edition. For the most part, Judge Rakoff’s examinations and explanations ring true and he cites several well known works in the field, including Michelle Alexander’s The New Jim Crow during the discussion of the problem of mass incarceration. My only quibble – and it is just a quibble, just as the comments I am about to refer to are almost asides themselves – are a couple of points where the Judge makes comments about a couple of cases of a more political nature. (Including Bush v Gore and Citizens United, among perhaps a handful of others.) Overall one of the better examinations of the breadth of the US Judicial system, and even its acknowledged origins as a set of essays isn’t really obvious or noticeable. Very much recommended.

This review of Why The Innocent Plead Guilty And The Guilty Go Free by Jed S Rakoff was originally written on February 18, 2021.