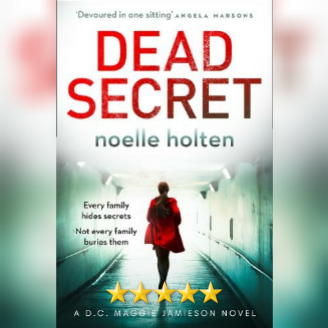 Intriguing Mystery. Explosive Ending. This was my first book from Holten, and thus obviously I hadn’t read the prior three books in this series. And yet this book totally works. Yes, there are references to prior events, but they are explained enough to keep the current story going without overburdening the current story with prior details. If you’ve ever started in the middle of a military technothriller series ala Tom Clancy or Dale Brown – similar feel here.

Overall, the world is interesting in that you get a typical-yet-not detective and an entire cast of well developed characters all working together almost in an ensemble fashion that works so well in so many mediums. Holten shows herself adept at the technique of using the final sentences of a chapter to hook the reader into reading the next, and indeed uses the final chapter of the overall book to similar effect – the reader is left almost breathless in desperate need for the next book.

If you’re open to police procedurals at all, particularly those set in the UK, you’re going to enjoy this book. Even if you’re not, you should really give this book a chance – the characters are that strong. Very much recommended.

This review of Dead Secret by Noelle Holten was originally written on March 10, 2021.