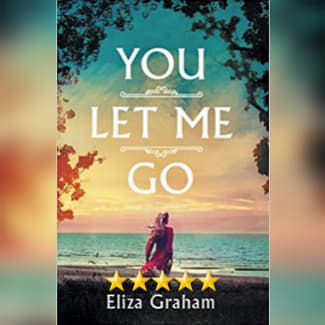 If you’ve read very many of my reviews on WWII historical fiction books at all, you know it is a subject that has long fascinated me due to my own personal family history there – both grandfathers were at the Battle of the Bulge, one got a Silver Star and Purple Heart for his actions there, the other was in the area (at minimum) when the Americans liberated the first concentration camps on their front of the war. And the dichotomy of what I knew of those two men decades later – one (concentration camp) whose lifespan my own intersected with by 5 weeks, the other who I knew for the last 20 years of his life – has become a long running, simmering thread in my own tale.

And without further ado… the Goodreads review. 🙂

Long Buried Family Secrets Find Closure. Here, we get an interesting spin on this oft-travelled subject and technique. So many books of this genre want to take place primarily in the past with only the occasional jump to the future (ala Titanic), but here Graham sticks remarkably close to alternating every single chapter past and present. The past storyline is, perhaps, a touch more urgent, as it involves hiding a brother and trying to smuggle him out of France in 1941. But the present storyline has more of the “women’s fiction” elements of a woman trying to find herself after the tragic loss of her grandmother soon after the loss of her significant other and business partner… and stumbling across things about her grandmother that had never been known in the family, which leads to her quest and ultimately the resolution of both timelines. Both timelines worked quite well, and it is indeed rare to see a single book blend elements of the two distinct genres together so effectively – which speaks to just how good Graham is. Very much recommended.