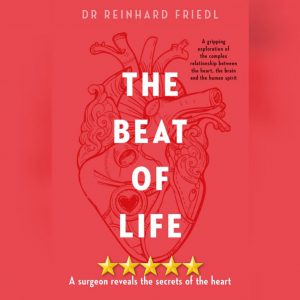 Remarkable Look at Remarkable Organ. In this text, a German heart surgeon looks to both the physical heart in your chest and the various idioms and metaphysical thoughts on the heart and attempts to arrive at some “holistic” understanding that somehow marries the two. In this, it is as much personal exploration and journey as it is science book, though to be clear there is in fact quite a bit of documented science here – the bibliography is roughly 31% of the book, which is a bit higher than the norm in this reader’s experience, and generally indicative of a particularly well documented effort. This reader has read much of the brain and neurology, but this is the first book specifically on the heart that he has considered, and it really was quite stunning. As to some of the more fantastical claims, among them that the heart has its own independently firing neurons and thus could be said to have some form of thought or cognition independently of the brain, and indeed that the human consciousness isn’t just a product of the brain, but of the whole body… again, look to the sources in the bibliography – though note that in many, if not all, of these passages the author is clear that science as it currently stands at minimum doesn’t fully understand these mechanisms at this time. Ultimately a truly thought provoking book, and very much recommended.

This review of The Beat of Life by Reinhard Friedl was originally written on April 5, 2021.