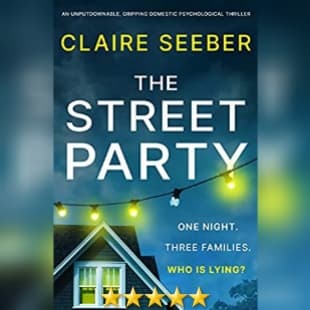 Balanced Yet Contrived. This is a story where you almost feel like it is more of a 4*, but there is nothing *really* there from a more objective standpoint that I try to rate on to justify the reduction. Yes, it could use better separation of its various narrators’ voices, rather than just the one word at the top of the chapter with their name. Yes, at times it feels that so many situations are thrown in just because the author was hoping some bookstagrammer would hashtag that situation and help market the book based on it. Yes, talking to cops without an attorney present is so GLARINGLY stupid and cringeworthy. *PARTICULARLY* for minorities. And yet, even with all of this, the story ultimately works. Not as a “thriller”, mind you, but more as a women’s fiction/ suspense character study. As a thriller… well, the book spends the first half setting up the titular Party, about 10-15% on the actual Party, and then the back part of the book dealing with the aftermath. It has the requisite secrets, lies, backstabbing, and comeuppance, and ultimately it really does tell a fairly balanced tale from a few different perspectives, but it just never quite feels as satisfying/ mind bending as many readers in this space typically look for. And yet, again, nothing truly “this is objectively wrong/ bad” here to really hang a star reduction on. Thus, 5* and recommended.

This review of The Street Party by Claire Seeber was originally written on April 29, 2021.