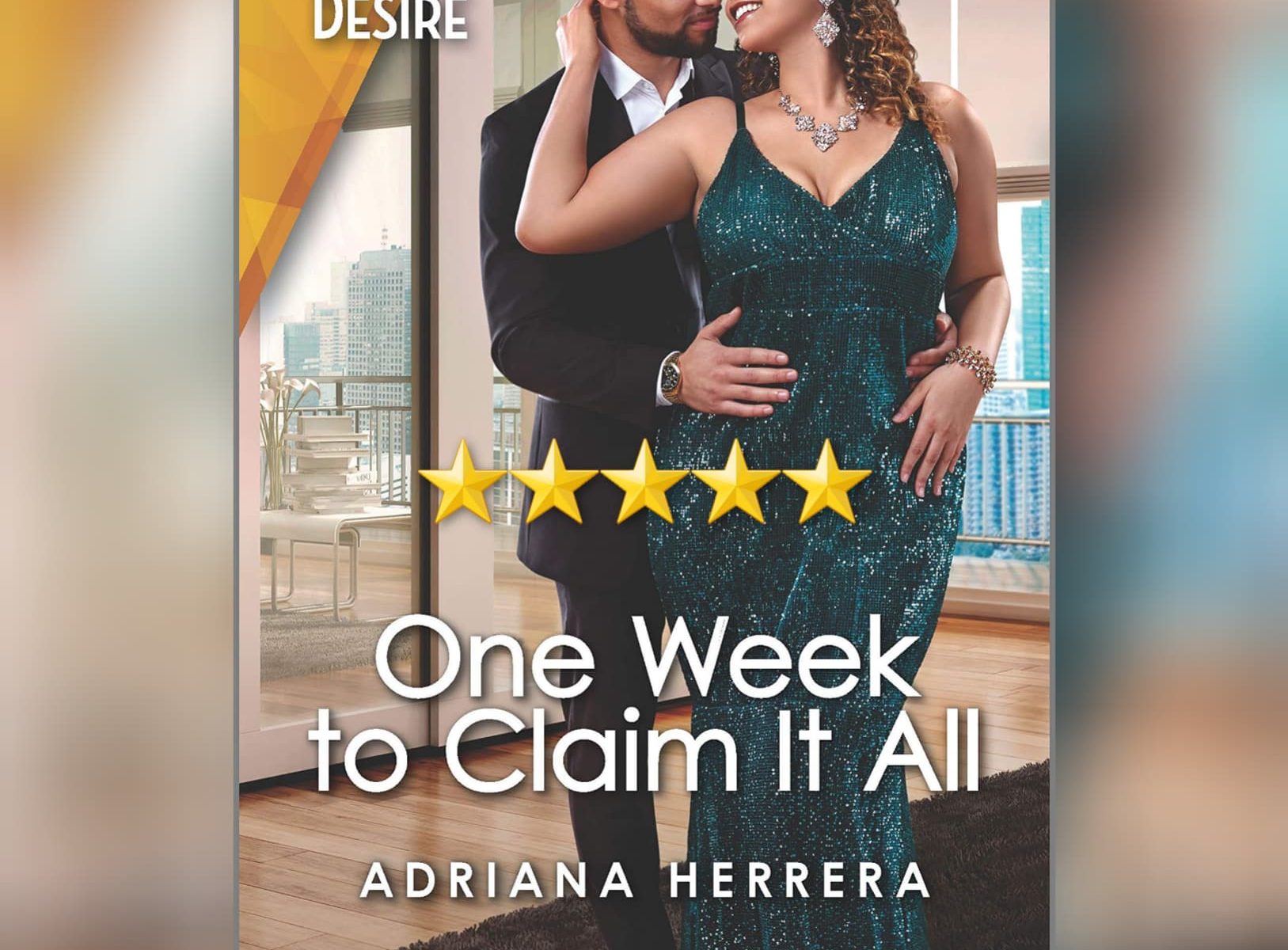 For this final stop of the Slide Into Summer Romance Blog Tour Series, we’re looking at a great short romance perfect for your July 4th plans, no matter what they may be. For this stop, we’re looking at One Week To Claim It All by Adriana Herrera.

Solid Short Scintillating Summer Story. This is one of those great vacation reads because of its brevity- at around 150 pages, you’re not committing to too much, so you can enjoy whatever you’re doing on vacation itself and still have a solid escape during downtimes. As to actual trope classification, some might call it enemies to lovers – the couple does in fact start out this book in that form – but others might classify it as second chance – they start out as enemies because of a failed romance years before the events of this tale. Either way, solid mashup of boardroom / entertainment drama as our leads clash over who will take over a multimedia powerhouse, and with our leading lady just as capable as our leading man of taking on any challenge presented. Also features a wider array of Spanish speaking ethnicities and nations than is usually presented in US media, so there is that as well. 😀 Very much recommended.

Below the jump, the publisher information, including an excerpt!

Esme’s chest fluttered with an ember of hope and longing at her mother’s words. Ivelisse was right, she’d been killing herself for the past five years—trying and failing to get her projects off the ground, but she could not get a break. Because her ideas weren’t “commercial” enough, or relatable to the “mainstream” audience. She was tired of getting doors shut in her face because she refused to compromise. As head of Sambrano Studios she could make her dream come to life. Put shows out there that reflected all the faces of Latinx culture.

If she wasn’t pushed out by Carmelina first.

“Mami, that woman is never going to let me stay. And I don’t want to sink to her level.” Ivelisse had been a wonderful mother, gentle and kind, but she was a fighter when it counted, and the mention of her old foe lit a fire behind her eyes.

“Carmelina won’t know how to fight you, baby. That woman has never done a day of work in her life. When you go in there—smart, competent, full of fresh ideas—that board won’t know what hit them.” That ember was now a tiny flame fueled by the faith Esme’s mother had in her. Still, she’d learned the hard way not to trust anything that came from her father.

“But won’t the board have someone picked out already? Someone that doesn’t come with the drama that I will certainly cause?”

Her mother averted her eyes at her question and that gave Esme pause. “Mami?” she asked wearily as she scanned the paper in her hands again, looking for whatever her mother wasn’t saying. And when she got to the very last paragraph she understood. Her body flashed hot and cold, just from reading that name. There in black and white was the last push she needed to jump right into an ocean of bad decisions.

“Him?” she asked tersely, and from the corner of her eye she saw her mother flinch.

Rodrigo Almanzar, her father’s protégé and the person who for years had been the only tie she had to Patricio. The man she’d given her heart and her body to only to have him betray her when she needed him most. The man whose very name could still make her ache with longing and tremble with fury. How could it still hurt so much after all this time?

She felt tired. Tired of this damn thing hanging over her head. Tired of all the complicated feelings she had about everything having to do with Sambrano Studios. Especially when it came to the tall, brawny, arrogant bastard who was probably hoping she’d do the very thing she’d been considering. Let her pride and her baggage make her decision for her.

And she might have, if he wasn’t the one who’d end up as president and CEO. She wouldn’t do it out of greed, or even to appease her mother, but she would do it out of spite. Rodrigo had betrayed her just so he could continue as her father’s lapdog. Now she’d take the thing he’d sold his soul for…just when he thought he finally had it.

“Actually,” she said, standing up, already feeling the fire in her gut that usually preceded her doing ill-advised things. “You’re right.” The four women in her living room were all looking at her with varying degrees of anticipation. “I’ve been saying for years that if given the chance to shoot my shot I wouldn’t hesitate to take it. This isn’t exactly how I’d hoped to get it, but now that I do, I’m not wasting it. Tomorrow, Sambrano will get its new president and CEO.”

Her mother eyed Esme with suspicion, probably guessing what had been the deciding factor for her change of heart, while her aunt Yocasta crowed with delight, “Ay, Ivelisse, what I wouldn’t give to see the look on Carmelina’s face when Esme walks into that boardroom tomorrow.”

Esme smiled wryly at her aunt, but her mind was already racing toward the other shocked face she was looking forward to seeing. 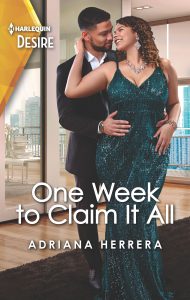 One Week to Claim It All by Adriana Herrera is available on June 29.

Book Description
She’ll inherit an empire…but only if she can resist her ex—in this Sambrano Studios novel by Adriana Herrera.

She’s on track to be the new CEO.

Her ex is the only one standing in the way.

When Esmeralda Sambrano-Peña unexpectedly inherits her father’s media empire, it ruffles more than a few feathers. And no one is more conflicted about it than Rodrigo Almanzar. Esmeralda knows her father’s longtime protégé—and her ex-lover—wants the executive job for himself. Making matters worse, their renewed passion grows undeniable with every late-night meeting. Will Rodrigo prove to be the perfect partner in business and pleasure…or her professional undoing?

Add One Week to Claim It All to your Goodreads!

About the Author
Adriana Herrera was born and raised in the Caribbean, but for the last 15 years has let her job (and her spouse) take her all over the world. She loves writing stories about people who look and sound like her people, getting unapologetic happy ending