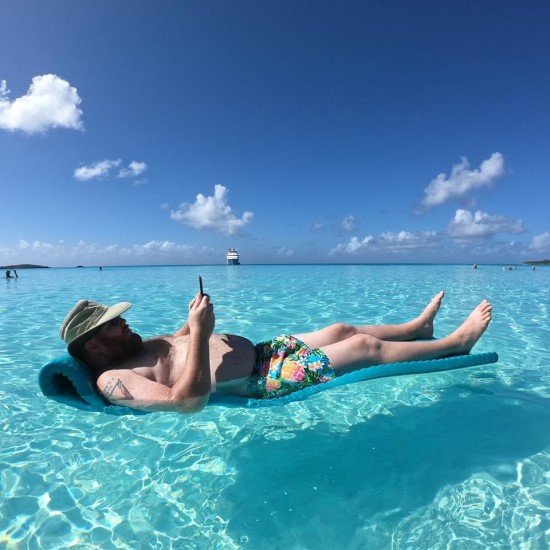 Wow. July 1, 2021. Three years to the day since I officially started this book blogging adventure. And what a WILD ride it has been.

Just today, I got an email out of the blue from a publicist at one of the Megas – “Hey, we liked your review of the last book from this [somewhat famous] author, here’s a NetGalley widget for their next one, if you’d like it”. To be clear, NOT something I *ever* even thought would happen three years ago, much less thought would happen enough that it is *almost* routine at this point. (Always awesome and never not appreciated, to be clear. Just also not the “Oh WOW I’ve never had this happen before!!!!!!” it once was. :D)

And I mention this mostly as just the most recent example of just how truly amazing and wild this adventure has been. I’ve been able to work with authors that almost literally *no one* has ever heard of, as they are working to self-publish their own debut novel, and I’ve been able to work with authors that are so famous and common in the market that they are on grocery store and pharmacy bookshelves. And yes, I do consider this a form of work, since I *do* put in considerable effort to read as much as I can given my actual paying job and other typical commitments such as family and hobbies. Many at many different levels have noted that they think I do a good job, and even if they are just being nice / just stroking the ego of a favorable reviewer/ blogger, it is still nice to hear. (Though to be clear, I believe most if not all of the people that have said these things to be sincere. I just also allow for the possibility that at least a few were not. 🙂 ) And y’all, it really is awesome to have someone whose work you find so excellent to praise your own work simply helping with the publicity of those works.

Let’s face it, this blog doesn’t exactly have the massive following some do, or even the sizeable following some others do. On any given social media platform, I have at most about 750 ish followers – and I’m fine with this. I try to use creative yet appropriate hashtags to extend the reach of any individual review, and some authors and publicists (and even a few just fellow readers/ reviewers/ bloggers) sometimes share those reviews too, which is always very cool as well, but honestly… I didn’t get in this to be famous, so I’m perfectly content with the numbers I do have. Yes, some publishers won’t talk to me because my numbers aren’t big enough, but hey, I get it… and that is on them for missing out on such a prolific reviewer. 😀

I got in to this mostly as a way of forcing my attention *away* from things that I had been tracking for years before that, and in that regard as well this blog has succeeded well beyond anything I could have ever imagined. Yes, I know where that particular topic was when I left it three years ago – but I don’t know much of anything about its status *since* then, mostly because of just how active I’ve become.

And speaking of being active…

When I first started this blog on July 1, 2018, I was in the middle of a 150 ish book planned reading list that I had begun at the beginning of that year, reading through books I already had at that time. Earlier in the year, I had gotten involved with a particular publisher’s review crew in addition to the author specific review team or two that I had been working with for years before that point. But most of that first year’s reading was directed by the list I began on January 1 that year.

Since 2019, however, an average of 95% of my reading has been ARC work for a wide range of authors, mostly through NetGalley, increasingly at the attention of various authors and publicists who I’ve met or who have encountered my work since beginning this blog.

And counting the book I finished earlier this morning, I’ve read…

Yes, you read that right. 😀 Most have been through NetGalley, where I went from just *three* reviews on that site prior to the existence of this blog…

to 424 submitted reviews against 466 approved books at this moment.

And this is the point where I announce my endgame. I’ve discussed it a few times recently on my BookAnonJeff Facebook profile, but here it is “officially” on the blog:

When I get to 500 approved books on NetGalley – in the not-to-distant future, clearly – that is it. I’m going to stop being as active within that space and return to a more leisurely, non-ARC-based, reading pace.

500 reviews is the highest badge NetGalley offers, and that is a worthy achievement. Particularly since I will have gotten there in less than 3.5 years. I’ve been trying to reduce my reading for a couple of years now but could never really execute on it, but that number offers me a perfect escape hatch, and I’m taking it.

Additionally, one of the reasons I was able to get to where I am in being so prolific was honestly because Rachel Held Evans died a little over two years ago now, my review of her final fully published book was actually just the second review I ever posted here. But when she died, it was reported that she had been in the middle of working on a new book. So I began “stalking” NetGalley, constantly refreshing it watching for that book to hit. I had read one of her books years ago that was phenomenal, and then I had a chance to work with her on the one book right as I was beginning this blog, and I even reviewed another of her books here on the day of her funeral. But I was always holding out for that one book.

It hit NetGalley *yesterday*. Yes, I requested it. That request is still awaiting adjudication, but I’m hopeful. That book will be bittersweet in more ways that one, serving as a coda for the life of a truly amazing woman that I didn’t fully agree with, but deeply admired as someone who was able to do all that she was who came from a background somewhat similar to my own as a child of the same general region of the South and the same general cultural and religious upbringing. It also will serve as a coda of sorts to this era of my reading and thus my life, no matter when I actually read it.

THANK YOU to all of the authors, publicists, reviewers, readers, and others who have read my reviews over the last three years. Entering this world and being as accepted and embraced as I have been has been *phenomenal*, and I look forward to still being active on Facebook or other social media platforms with all of you… since I doubt I’ll be as successful removing myself from social media as I hope to be – and have yet to prove – in slowing down my reading. 😀 Y’all have truly made the last three years leaving that former life so much more enjoyable than that previous life ever was, and I cannot thank you enough for that.

And ultimately… I’ll still be here. Still willing and able to work with anyone interested, and still doing my thing in my little slice of the cyber world.