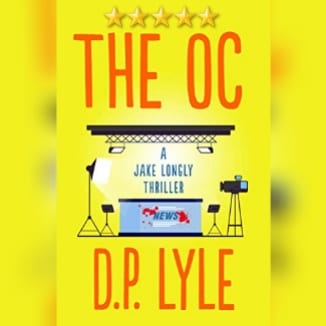 Never Bring A Rock To A Gun Fight… Unless You’re A Former MLB Starting Pitcher Turned Private Eye. Full confession here: These books have seemed interesting enough over the years, and they’ve been at the right price points often enough ($2.99 or less, and likely free) that I’d actually picked up the entire series before this book… and never read any of them. So even while I already had the previous four books in this series in my library, this was the first book in it – or from this author at all – that I had actually read. And it totally works as a standalone, as long as you don’t mind commentary that references the previous stories in ways that absolutely spoils many of them.

So far as this book itself is concerned, it was a fun tale full of quite a bit of banter between Jake Longley and his friends and colleagues, with a bit of “oh, crap, our friend is in trouble in a way that we might be able to help with” thrown in. So even while many of the characters are PIs, this isn’t a case they are getting paid for. And it is a stalker case, with only the last few chapters having any real, direct action. Which is actually where the title of this review comes in. Early in the book – possibly when Jake is first introduced, that early – it is mentioned that Jake often travels with baseballs both in case he runs across fans *and* to use as a weapon if the need arises. Well, in our finale… he doesn’t have his baseballs with him. So he gets creative, in ways that even by that point in this book – even if it is your first book in this series – you’ve come to expect. Very much recommended.

This review of The OC by DP Lyle was originally written on August 29, 2021.