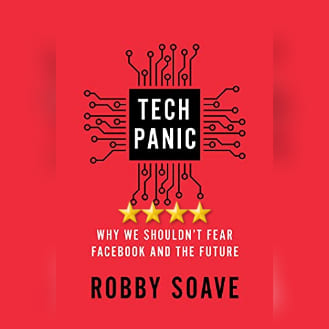 Solid Examination Of The Issues. I’ve read some of the author’s work over the last year in particular on his primary employer’s website (Reason.com), and that is actually how I found out about this book. So I knew roughly what to expect here, and that is pretty well what I got: a fairly solid look at the issues surrounding tech, elections, privacy, free speech, and other related issues from a moderate libertarian (small “L”, to be clear, since these things matter in circles that will likely be most open to reading this book) perspective that is mostly well-reasoned from that particular mindset. As more of an avowed Anarchist (and former Libertarian Party official and candidate, though I myself was more moderate in that era) and software development professional, eh, Soave allows government a bit too much intervention into tech companies than I’m personally comfortable with. Even here, however, most who are more aligned with the left/ right divide in the US are going to be hit fairly equally and largely find various arguments here that they will (and sometimes do) champion and others that they will (and often do) despise. Which in the age of hyperpartisanship and barely-there “reasoning”, is generally a sign of someone who *has* actually seriously and critically thought about the issues he is speaking of. An excellent work that really should be read by anyone trying to urge government action regarding technology companies, and thus one that quite a few should consider as we begin the march into the mid-term elections of 2022 in just a few more months. Very much recommended.

PS: The reason for the star deduction? Light bibliography, at least potentially corrected in a non-Advance Reader Copy version of the book. The ARC, however, had a bibliography that clocked in at just 9% of the text, vs a “more normal” range of 25-33% in my experience across almost 650 books since Jan 1, 2019 alone.

This review of Tech Panic by Robby Soave was originally written on September 14, 2021.