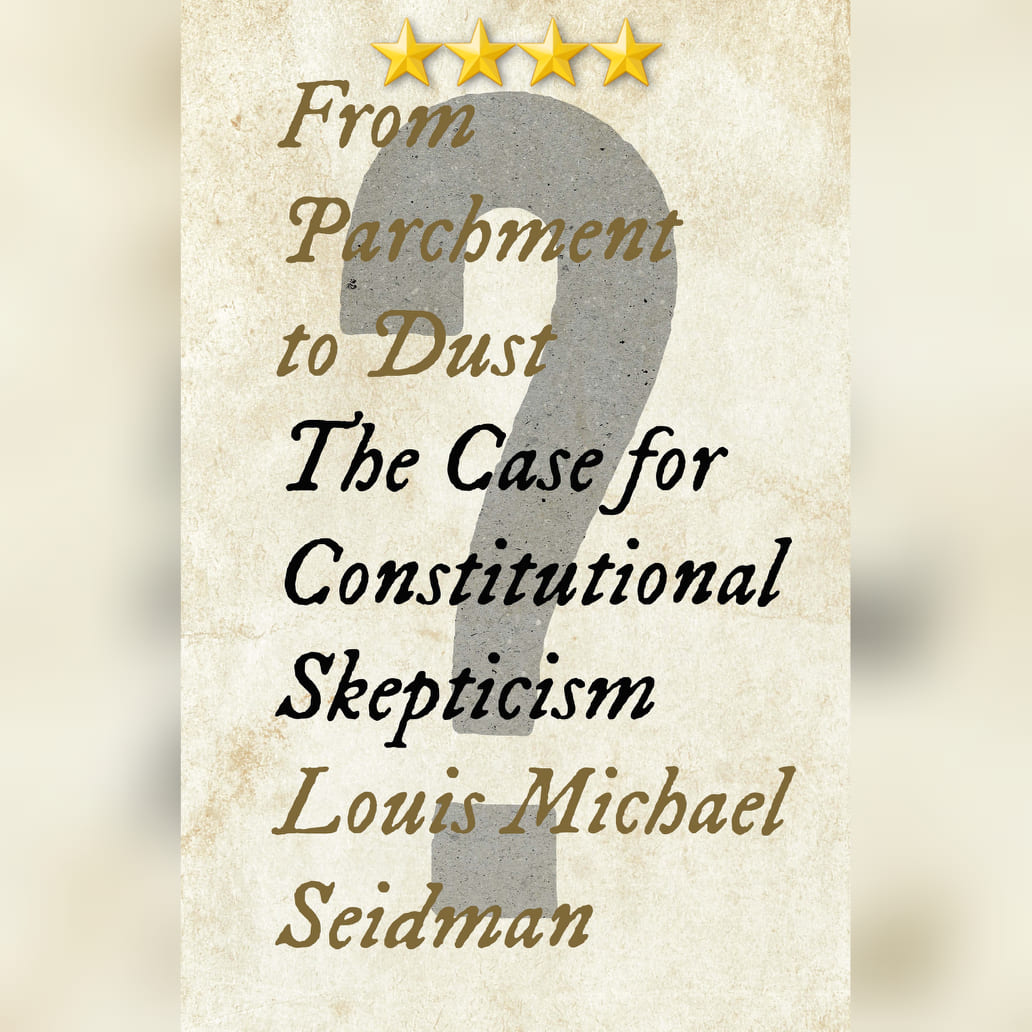 Progressive/ Liberal Polemic That Moves The Conversation Yet Doesn’t Go Through To The Logical Conclusion. Lysander Spooner once said, during the early Reconstruction period, that “Nevertheless, the writer thinks it proper to say that, in his opinion, the Constitution is no such instrument as it has generally been assumed to be; but that by false interpretations, and naked usurpations, the government has been made in practice a very widely, and almost wholly, different thing from what the Constitution itself purports to authorize” (Spooner; No Treason: The Constitution of No Authority, Appendix; 1870), and this is the same essential point that Seidman makes in proclaiming what he terms “Constitutional Skepticism”. Argued from a progressive/ leftist perspective of current American politics, Seidman’s text here uses at least one hyperbolic source (the oft-cited and yet demonstrably inaccurate and misleading GunViolenceArchive), stretches certain terms to implausible yet popular within his political allies lengths (claiming the events of Jan 6, 2020 in Washington DC to be an “insurrection”), and generally parrots progressive/ leftist talking points about at least two Supreme Court justices, the “problem of gun violence”, etc. All of this noted, within this particular sphere, Seidman actually makes his case reasonably well that the Constitution of the United States of America is, as Spooner proclaims, “of no authority”. And *to that point* and from the given perspective, Siedman is truly solid. Where he needs to expand his thinking a bit further is that he ultimately concludes that a more current Constitution, written by and binding on the “current generation” (which he fails to define, and fails to acknowledge that in any average human’s lifetime are three separate generations alive at any one time nor determine which of those generations should be allowed to bind the others according to his thinking) would be actually better than the one written so long ago and claiming to be binding forevermore. No, this is where he would actually do well to examine the writings of Spooner and other *anarchic* Constitutional Skeptics of American history and discuss his thoughts on their ideas as well. For, as Spooner then concluded his discussion quoted above, “But whether the Constitution really be one thing, or another, this much is certain that it has either authorized such a government as we have had, or bas been powerless to prevent it. In either case, it is unfit to exist” – taking his own Constitutional Skepticism to its actual logical conclusion, which Seidman refuses to do. Still, this is very much a book that could actually help the overall political discussion both in the US and elsewhere, and it is one that many indeed need to read. Very much recommended.

This review of From Parchment To Dust by Louis Michael Seidman was originally written on October 1, 2021.