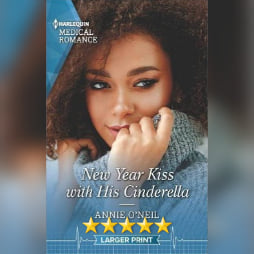 Better Than Described. The actual second meeting of our lead couple is actually much better than described here – they meet on New Year’s Eve night randomly at a mechanical bull ride, share a magical moment there as the clock winds down on the year, then the next day, the narrative focus is on her at work when a bunch of newbies are introduced… including the man she kissed at midnight and thought she’d never see again. Yes, this is a dual narrative tale, and it absolutely works here. Both of our leads are caring medical professionals with deeply troubling (and very real) issues outside of the hospital, and the drama here is fairly tight. As is typical with much of the genre, this does include a few sex scenes, so the clean/ sweet crowd… eh, this probably won’t be for you. For everyone else… those scenes are fairly well done. Enough to get the pulse racing without being *too* problematic if someone sees/ hears what you’re reading. 😉 Overall a solid romance featuring great, Hallmarkie type characters. Very much recommended.

“You’re that confident, are you?” she asked, her tongue dipping out for a quick swipe along her lips.

She was warming to him. Good.

The guy who’d climbed on the bull after her had been thrown off and someone else was climbing on. Carter would glue himself to the bull if that’s what it took to stay on the longest. But it wouldn’t take that. Back in Texas, he’d called his riding paying the bills. His sister had called it sheer stupidity. They’d both been right.

“Never met a bull who didn’t take to my winning personality.” He tipped the brim of his hat to her.

Her eyes didn’t leave his. “If you win my money, I’m not taking it.”

“And I’m not letting you walk away empty-handed.”

She frowned. “I guess you’d better come up with something else, then. I don’t steal prizes that aren’t mine.”

He held his hands out, then ran them alongside his body. “Apart from my guitar, this is the only other thing I’ve got on offer.”

He wasn’t actually broke. He wasn’t a thief, either. That role in the family was already taken.

A loud roar from the crowd filled the air as another contender climbed aboard the longhorn.

She tilted her head to the side, and he took the few moments she was assessing him to do the same. Skin that looked so soft there probably wasn’t a thread count high enough for it. A body that rocked the hell out of her double-denim getup. A pair of cowboy boots that definitely weren’t just for show. Goddamn she was sexy.

“Well, then,” she said. “I guess you’d better get on up there and show me what you got.” When she met his gaze, he was pretty sure he wasn’t only seeing neon lights flaring in her eyes.

She put out her mittened hand. They were going to shake on it, apparently.

Carter smiled. Progress. She liked him, too. Enough to want to see him show his stuff atop a mechanical bull anyway. Maybe she merely wanted a good laugh. Either way, he could work with that. Not that he’d be seeing her again, but…it was New Year’s Eve. The bit of him that believed in destiny, that hoped that fate wasn’t something only poets spoke of, wanted her appearance in his life to signify something more than a chance meeting. Yet another moment in time that would slip through his fingers when reality reared its head and cut things short. Again.

It surprised him how much he wanted her to be a sign of good things to come. Needed it, even. Perhaps if he won that kiss…

He put his thumb and index finger on the tip of her thumb. “May I?”

She didn’t say anything, but she didn’t refuse. Just watched, mesmerized, as he tugged off her mitten, slowly, so that when their hands finally met, it would be flesh on flesh.

The atmosphere changed. The sounds of the crowd dulled and somehow, the way the world can sometimes, everything stilled so that it seemed like it was just the two of them out here in the middle of Nashville with nothing but a few flakes of snow between them. 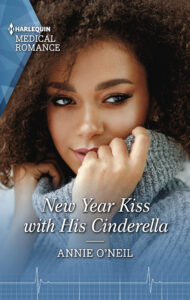 Book Description:
From a midnight kiss…to a reunion in the ER! When Dr. Carter shares a New Year’s kiss with a captivating stranger, he doesn’t expect a reunion. Then he walks into Saint Dolores’s ER the very next day…and discovers she’s his new colleague! Awkwardly, their smoking-hot attraction hasn’t gone away! But for Carter, life has meant staying mobile, and he can’t simply lay down roots. Yet there’s something about Nurse Avery and Nashville that’s starting to really feel like home. 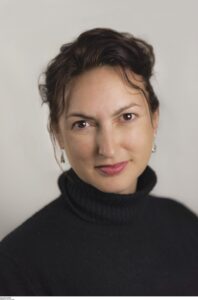 About ANNIE O’NEIL:
Annie spent most of her childhood with a leg draped over the family rocking chair and a book in her hand. Novels, baking and writing too much teenage angst poetry ate up most of her youth. Now, Annie splits her time between corralling her husband into helping her with their cows, listening to audio books whilst weeding and spending some very happy hours at her computer writing. 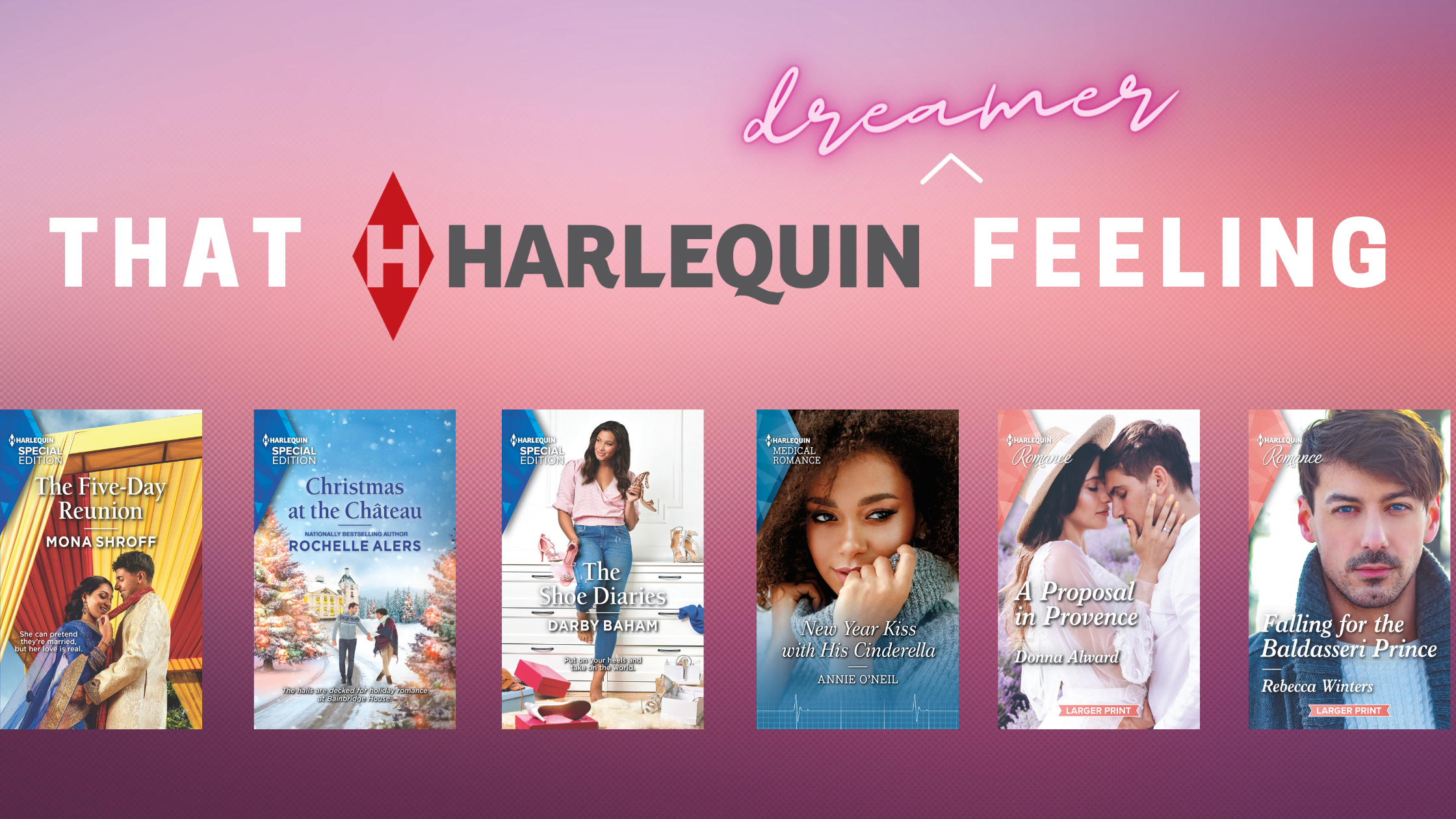