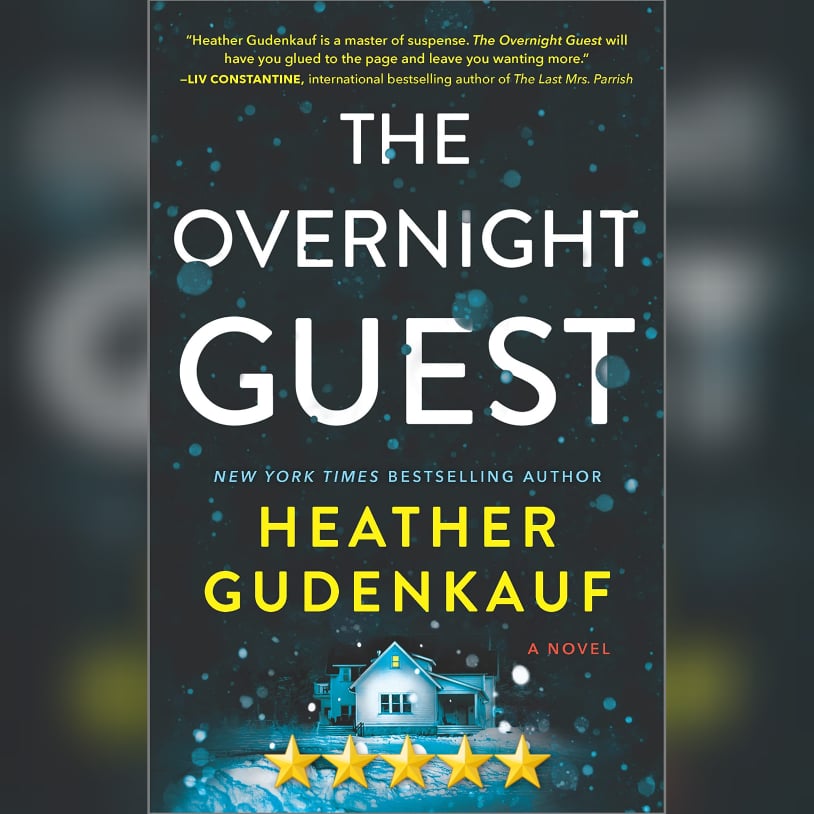 For this week’s Featured New Release we’re looking at a tale of suspense set in three different timelines – present, years ago, and unknown – that all merge into a masterclass of suspense of a finale. This week we’re looking at The Overnight Guest by Heather Gudenkauf.

Master Class In Suspense. Up front, this tale is told in three different timelines from three different perspectives – so if you’re a reader that struggles with that… well, this is an excellent read and you should still try it, but I get it. 🙂 That noted, what makes this tale so strong is that each of the three threads – present day, years ago, and unknown – could be separate books and still be equally compelling, and yet here Gudenkauf weaves them together so masterfully that they play off each other even better and produce an overall much tighter grip on the reader’s mind. Yes, they all ultimately come together – and when they do, the finale is ultimately some of the best suspense of the entire book. Which is saying quite a bit, given just how good the parts before that are. This is another one that uses its setting in winter well, as well as its setting in the US central plains arguably even better than its winter placement of the present day timeline. Truly a remarkable work, and very much recommended.

After the jump, an excerpt from the book followed by the “publisher details” – book description, author bio, and social and buy links.

“Maybe we can go outside and play?” the girl said as she peeked around the edge of the heavy curtain that covered the window. The sky was gray and soft drops of rain tapped at the glass.

The girl gave a little laugh and then hopped off the chair she had dragged beneath the window. She knew her mother was teasing. They wouldn’t actually melt if they went out in the rain, but still, it made her shiver thinking about it—stepping outside and feeling the plop of water on your skin and watching it melt away like an ice cube.

Instead, the girl and her mother spent the morning at the card table cutting pink, purple, and green egg shapes from construction paper and embellishing them with polka dots and stripes.

On one oval, her mother drew eyes and a pointy little orange beak. Her mother laid the girl’s hands on a piece of yellow paper and traced around them using a pencil. “Watch,” she said as she cut out the handprints and then glued them to the back of one of the ovals.

“It’s a bird,” the girl said with delight.

“An Easter chick,” her mother said. “I made these when I was your age.”

Together, they carefully taped the eggs and chicks and bunny rab-bits they created to the cement walls, giving the dim room a festive, springy look. “There, now we’re ready for the Easter Bunny,” her mother said with triumph.

That night, when the girl climbed into bed, the butterflies in her stomach kept chasing sleep away. “Stay still,” her mother kept re-minding her. “You’ll fall asleep faster.”

The girl didn’t think that was true, but then she opened her eyes, a sliver of bright sunshine was peeking around the shade, and the girl knew that morning had finally arrived.

She leaped from bed to find her mother already at the tiny round table where they ate their meals. “Did he come?” the girl asked, tucking her long brown hair behind her ears.

“Of course he did,” her mother said, holding out a basket woven together from strips of colored paper. It was small, fitting into the palm of the girl’s hand, but sweet. Inside were little bits of green paper that were cut to look like grass. On top of this was a pack of cinnamon gum and two watermelon Jolly Ranchers.

The girl smiled though disappointment surged through her. She’d been hoping for a chocolate bunny or one of those candy eggs that oozed yellow when you broke it open.

“Thank you, Easter Bunny,” the girl crowed like the child on the candy commercials that she’d seen on television. They both laughed.

They each unwrapped a piece of gum and spent the morning making up stories about the paper chicks and bunnies they made.

When the girl’s gum lost its flavor, and she had slowly licked one of the Jolly Ranchers into a sharp flat disc, the door at the top of the steps opened, and her father came down the stairs toward them. He was carrying a plastic bag and a six-pack of beer. Her mother gave the girl a look. The one that said, go on now, mom and dad need some alone time. Obediently, the girl, taking her Easter basket, went to her spot beneath the window and sat in the narrow beam of warm light that fell across the floor. Facing the wall, she unwrapped another piece of gum and poked it into her mouth and tried to ignore the squeak of the bed and her father’s sighs and grunts.

“You can turn around now,” her mother finally said. The girl sprang up from her spot on the floor.

The girl heard the water running in the bathroom, and her father poked his head out of the door. “Happy Easter,” he said with a grin. “The Easter Bunny wanted me to give you a little something.”

The girl looked at the kitchen table where the plastic bag sat. Then she slid her eyes to her mother, who was sitting on the edge of the bed, rubbing her wrist, eyes red and wet. Her mother nodded.

“Thank you,” she murmured.

Later, after her father climbed the steps and locked the door behind him, the girl went to the table and looked inside the plastic bag. In-side was a chocolate bunny with staring blue eyes. He was holding a carrot and wore a yellow bowtie.

“Go ahead,” her mother told the girl as she held an ice pack to her wrist. “When I was little, I always started with the ears.”

“I don’t think I’m very hungry,” the girl said, returning the box to the table.

“It’s okay,” her mother said gently. “You can eat it. It’s from the Easter Bunny, not your dad.”

The girl considered this. She took a little nibble from the bunny’s ear and sweet chocolate flooded her mouth. She took another bite and then another. She held out the rabbit to her mother and she bit off the remaining ear in one big bite. They laughed and took turns eating until all that was left was the bunny’s chocolate tail.

“Close your eyes and open your mouth,” her mother said. The girl complied and felt her mother place the remaining bit on her tongue and then kiss her on the nose. “Happy Easter,” her mother whispered. 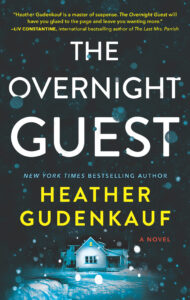 Book Summary:
In a snowstorm, the safest place is home. Or is it?

True crime writer Wylie Lark doesn’t mind being snowed in at the isolated farmhouse where she’s retreated to write her new book. A cozy fire, complete silence. It would be perfect, if not for the fact that decades earlier, at this very house, two people were murdered in cold blood and a girl disappeared without a trace.

As the storm worsens, Wylie finds herself trapped inside the house, haunted by the secrets contained within its walls—haunted by secrets of her own. Then she discovers a small child in the snow just outside. How long had the child been there? Where did he come from? Bringing the child inside for warmth and safety, she begins to search for answers. But soon it becomes clear that the farmhouse isn’t as isolated as she thought, and someone is willing to do anything to find them. 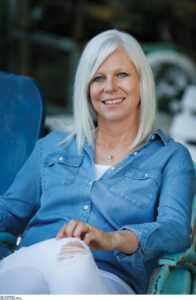 Author Bio:
Heather Gudenkauf is the critically acclaimed author of several novels, including the New York Times bestseller The Weight of Silence. She lives in Iowa with her husband and children.