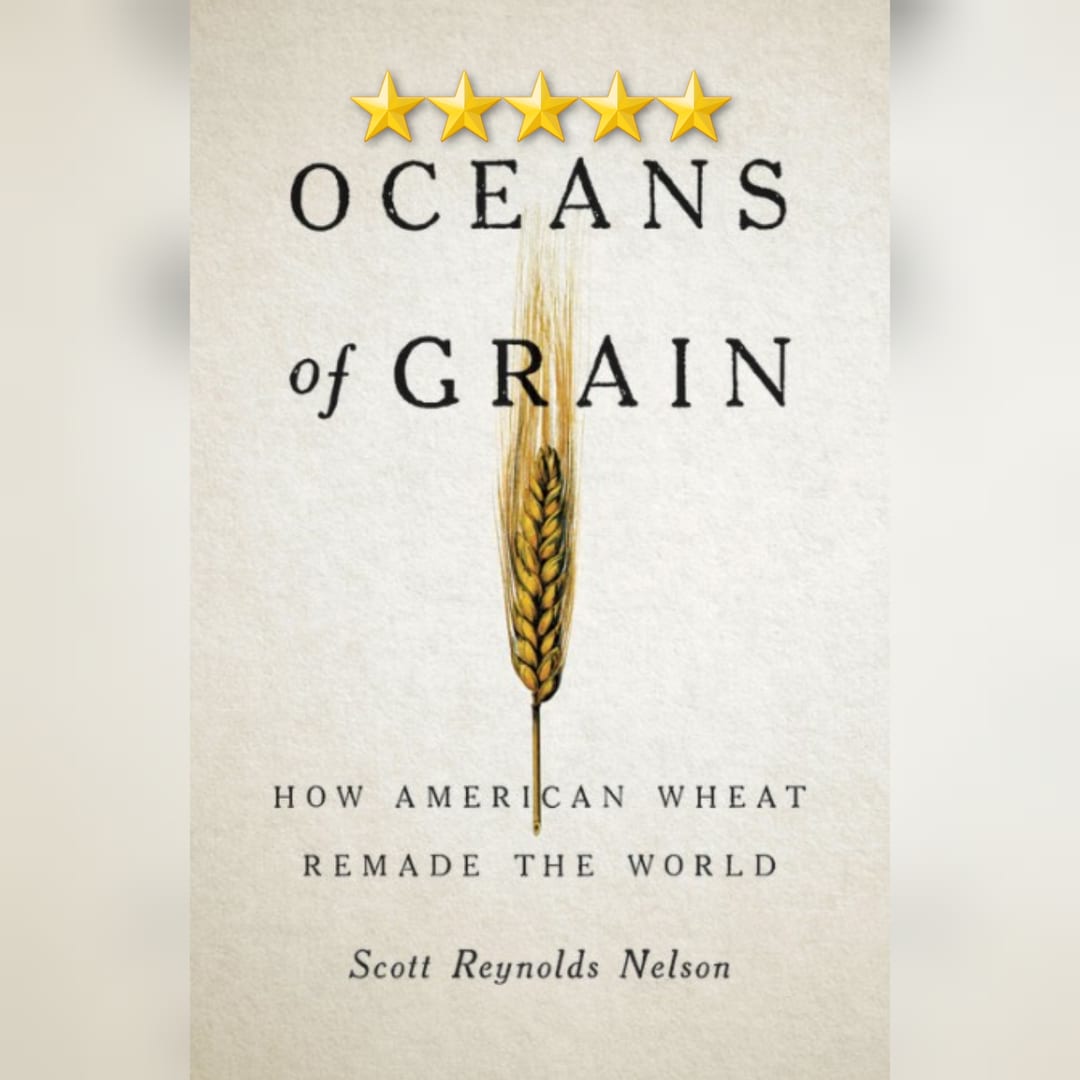 Remarkable History Of Wheat As Agent Of Change. This is one that I could make a case for either 4 or 5 stars for, and because of the doubt I ultimately sided with 5. The reason here is that while there is indeed considerable time spent on how American wheat of the Civil War/ Reconstruction era (and later) destabilized Europe and eventually led to the late 19th/ 20th/ 21st century histories we know and are actively living, there is also quite a bit establishing the history of wheat being a similar disruptor throughout all of recorded human history. Thus, while the description of the book paints it mostly as a tale of the past 150 ish years, it is actually a tale of the entirety of human existence and instead of the lasting points being about the more recent history, the lasting points (at least for this reader) are more about the overall history. Which was the crux of my internal debate. In other words, no matter the focus or points retained, this is a truly remarkable history of a particular commodity that gives a more complete understanding of major world events, particularly over the last 150 ish years. Very much recommended.

This review of Oceans Of Grain by Scott Reynolds Nelson was originally written on February 20, 2022.