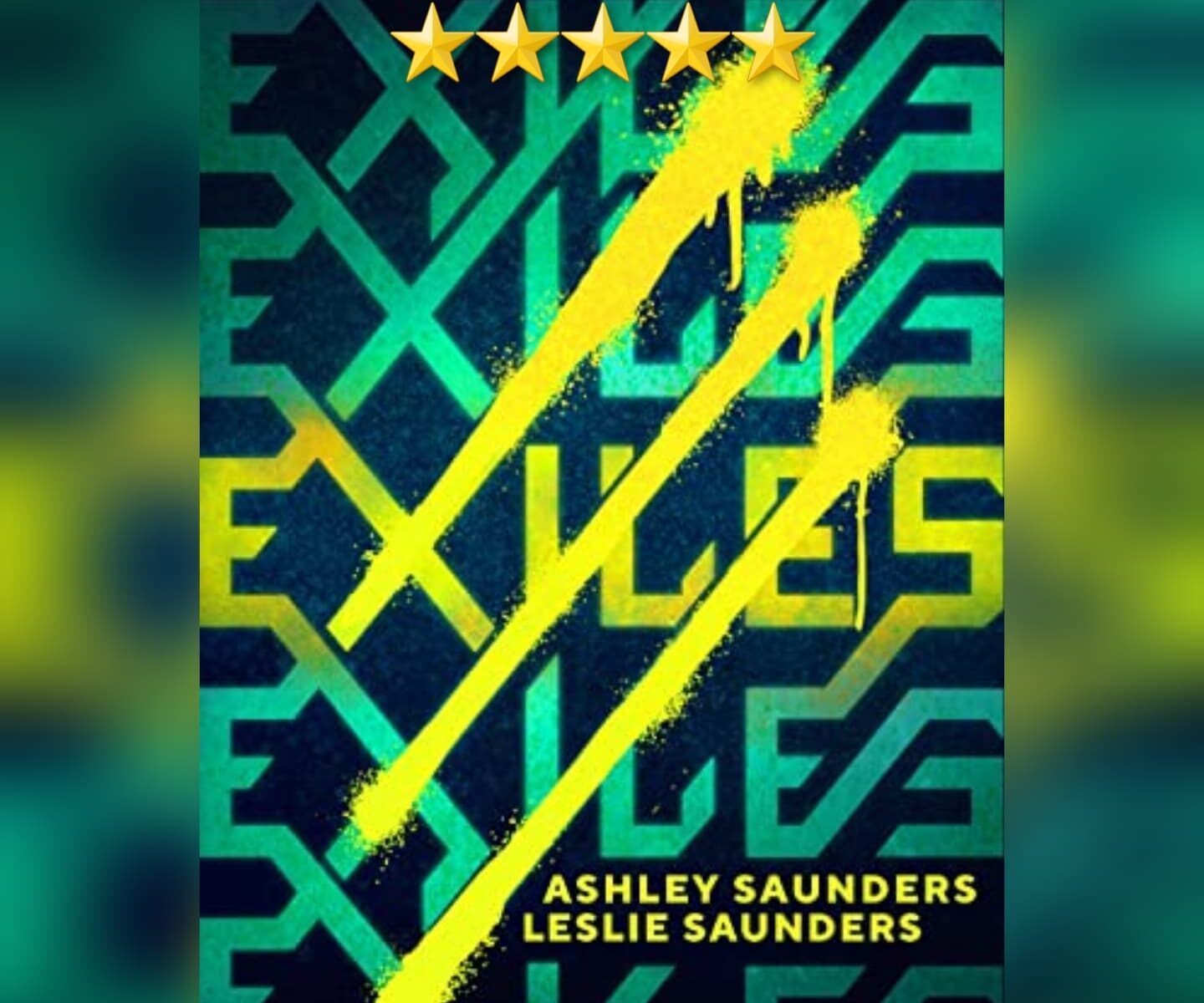 Solid Setup But With Slight Torture Of English Language. This is a tale that manages to tell its own complete tale… and yet also manages to setup a new trilogy for the Saunders twins that is perhaps at least as compelling as their debut trilogy had been. Once again, these twins writing together focus on twin primary characters, and once again having that real world dynamic really helps with the in-world dynamic. Reading the author note about their extreme aversion to twin studies as teens and seeing what they put the twins through here was particularly relevatory, but the social commentary on homeless camps here was also thought provoking and compelling, without coming across as overly preachy in real-world terms. The *one* irritating thing about this read was the presence of the trans character and the torture of using the singular “they” repeatedly – showing in novel form why a completely different and new pronoun really is needed there (perhaps “ze” instead, as some promote?). Note that the trans character itself wasn’t the problem, the singular “they” was, particularly as often as was used here – to the level of almost reading more as a sudden dose of dialect rather than the usual tone of the writing. Overall another great book from the Saunders Twins, and I for one am looking forward to the next entry in the trilogy. Very much recommended.

This review of Exiles by Ashley Saunders and Leslie Saunders was originally written on August 28, 2022.